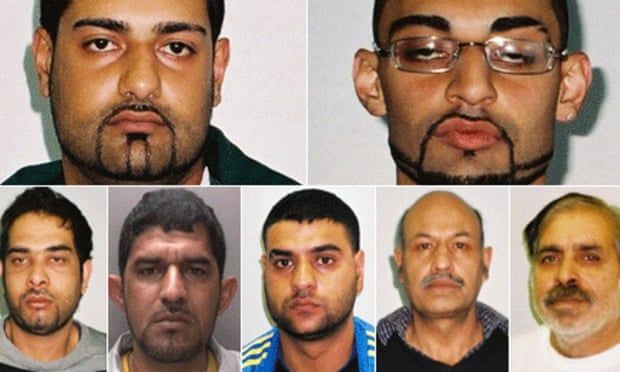 Over 1,000 children in Telford were sexually exploited, inquiry finds

The three-year independent inquiry into child sexual exploitation (IICSE) found that abuse was allowed to continue for years and children, rather than perpetrators, were often blamed.

Issues were not investigated because of nervousness about race, the inquiry’s final report said, and teachers and youth workers were discouraged from reporting child sexual exploitation.

Tom Crowther QC, who chaired the inquiry, said: “The overwhelming theme of the evidence has been the appalling suffering of generations of children caused by the utter cruelty of those who committed child sexual exploitation.

“Victims and survivors repeatedly told the inquiry how, when they were children, adult men worked to gain their trust before ruthlessly betraying that trust, treating them as sexual objects or commodities. Countless children were sexually assaulted and raped.”

Earlier this year the independent inquiry into child sexual abuse (IICSA) published a report on child sexual exploitation nationally, concluding that police and councils were downplaying the scale of the problem and children were often blamed for their abuse.

It followed inquiries into child sexual abuse rings in a number of towns including Rotherham and Rochdale.

The Telford report, published on Tuesday, echoes a number of those findings, concluding several factors led to the “shocking failure” by authorities in the Shropshire town to tackle the problem, including overcaution about acting in the absence of “hard evidence”.

“Offenders were emboldened and exploitation continued for years without concerted response,” Crowther concluded.

In 2013 seven men were jailed following Operation Chalice, a police inquiry into child prostitution in the Telford area that found girls as young as 13 were sexually exploited and groomed with offers of alcohol and money.

However, the report states that following the convictions, authorities failed to understand the importance of maintaining focus in this area and “by 2015 both the council and [West Mercia police] provision for child sexual exploitation [CSE] had in some ways gone back almost a decade”.

“Even after Operation Chalice, police and the council scaled down their specialist CSE teams to virtual zero – to save money,” Crowther concluded.

The report also said it was the often the work of “committed individuals not top-down directives” that continued the work. “It was, as it had been in 2006, ‘ground level’ officers and practitioners who were keeping the CSE-specific response alive,” Crowther said.

The inquiry confirms the findings of a Sunday Mirror investigation in 2018 that reported up to 1,000 children in the town may have been victims of child sexual exploitation over 40 years.

“The extent to which that estimate was accurate has been the subject of debate in Telford,” Crowther said. “I have come to the conclusion that the Sunday Mirror’s estimate is an entirely measured, reasonable and nonsensational assessment.”

Crowther said he would review stakeholders’ progress in two years’ time and his findings would be published. “They will be held accountable to the victims, survivors and public at large, for their response to those recommendations.”

Speaking on behalf of West Mercia police, assistant chief constable Richard Cooper, said: “I would like to say sorry. Sorry to the survivors and all those affected by child sexual exploitation in Telford. While there were no findings of corruption, our actions fell far short of the help and protection you should have had from us, it was unacceptable, we let you down.

“It is important we now take time to reflect critically and carefully on the content of the report and the recommendations that have been made. We now have teams dedicated to preventing and tackling child exploitation.“
Add Comment