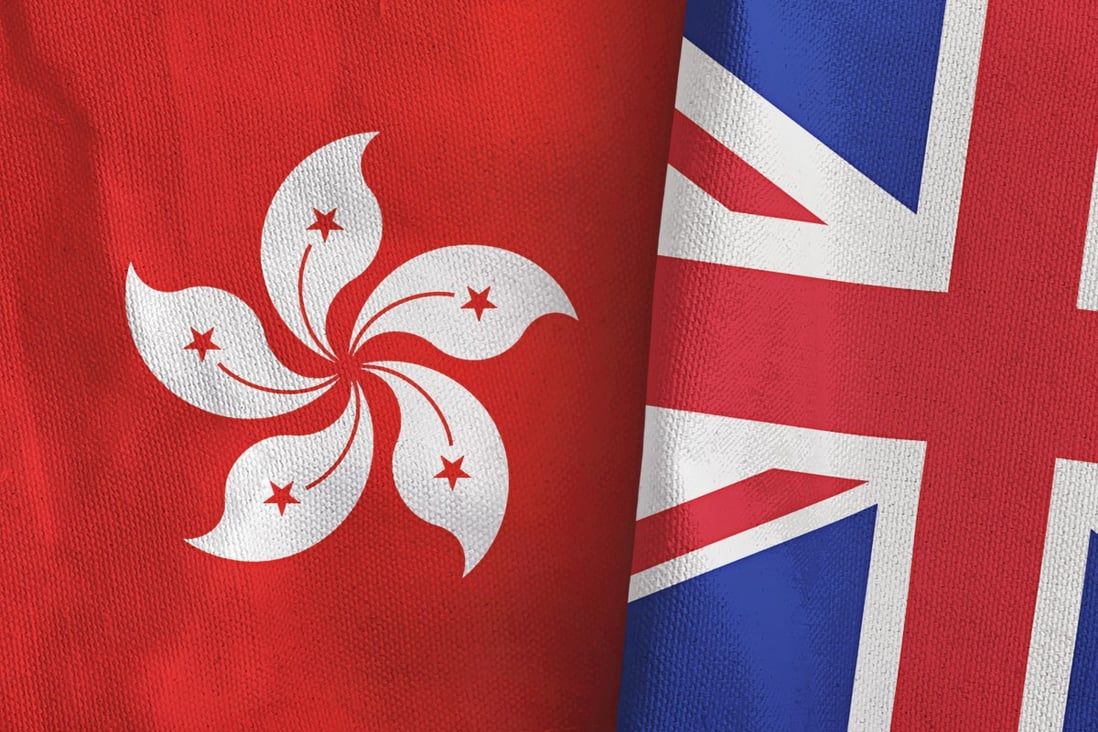 The death of Queen Elizabeth and the thousands of people who queued for hours in scorching temperatures to pay tribute to her at the British Consulate in Hong Kong has reignited calls for the city to step up its “decolonisation” effort, with a lawmaker arguing it should begin with the city’s statute books.

Legislator Maggie Chan Man-ki said the city should remove historical terms from the law books as a first step.

Chan, a lawyer and also a delegate to the national legislature, said the government should cut colonial terms from the legal system and asked for a plan and a timetable to be drawn up.

“China has already resumed its sovereignty over Hong Kong for 25 years. Under the ‘patriots ruling Hong Kong’ principle, there is an urgent need to amend the local laws, which still carry colonial terms such as ‘her majesty’ and ‘minister of state’, to defend the authority of the country’s constitution and reflect the constitutional order of Hong Kong,” she wrote in a September 19 letter to the legislature.

Chan was referring to ordinances such as the Queen Elizabeth Foundation for the Mentally Handicapped Ordinance, which regulates a foundation that furthers the welfare, education and training of people with learning difficulties, as well as the Sir Edward Youde Memorial Fund Ordinance, a trust named after a former governor and designed to reward academic excellence.

The Secretary for Justice’s Office said more than 70 pieces of legislation that required examination had already been identified by the Law Reform Commission, which would give priority to such “adaptation of laws”.

Ta Kung Pao, a state-owned Chinese-language newspaper, backed the proposals for the removal of reminders of Hong Kong’s colonial past.

The paper ran a commentary criticising the long queues seen for days outside the British consulate and insisted more work was needed to implement decolonisation in the city as the large crowds of mourners showed that many still had “deep-rooted” nostalgia for British rule.

But academics specialising in history and cultural studies warned that attempts to decolonise city street names or other landmarks would create more friction and would not bring the people closer to the authorities.

Edward Vickers, a professor of comparative education at Kyushu University in Japan and a specialist in mainland China, Taiwan and Hong Kong, said a one-sided narrative that clashed with the experience of most Hongkongers would further alienate them from the government.

“Renaming streets or ‘rectifying’ terminology in legal documents or school textbooks is at best a superficial and symbolic gesture and at worst an attempt to erase or obfuscate inconvenient or uncomfortable truths about the past,” he said. 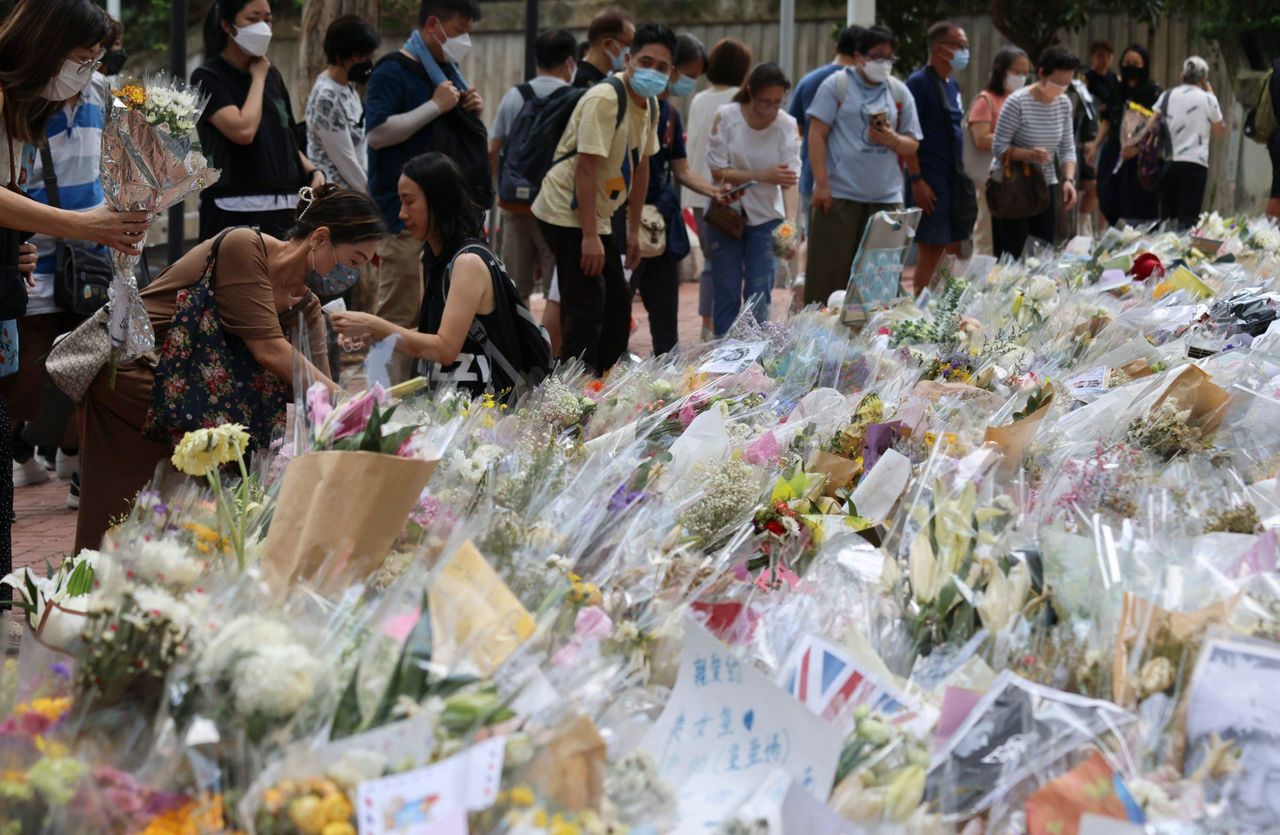 People pile floral tributes outside the British Consulate in Hong Kong after the death of Queen Elizabeth last month, the biggest show of respect in the region for the long-reigning monarch.

Vickers added the city’s colonial history and its complex legacies needed to be openly debated.

“We shouldn’t be trying to hide or erase the past from young people. We should be teaching them to engage critically with their own history,” he said.

Joseph Li Cho-kiu, a lecturer in the department of social science at the Hang Seng University of Hong Kong, agreed the use of hard power in decolonisation, such as the renaming of streets, would create more problems in society.

“Preserving the old street names is an act of soft power reflecting confidence in accommodating cultural differences,” he said. “Renaming streets would create political frictions, confusion to senior citizens in an ageing society, unnecessary public expenditure, and diplomatic controversies, which brings more problems to a city during the epidemic, economic downturn, and population decline.”

Streets with names that echo Hong Kong’s past include Queen Victoria Street, Edinburgh Place in Central and a few that were named after former governors, such as Bowrington Road in the Mid Levels and Robinson Road in Wan Chai.

Dr Yeh Yun-tsui, who specialises in the naming of places at National Dong Hwa University in Taiwan, said that although Singapore had set goals in the 1960s to remove colonial names, the government had only implemented the policy to a limited degree.

“The goal was mainly to put an end to the phenomenon that people used to congregate at a certain area based on their race during the colonial era,” she said.

She said when a colony achieved autonomy without clashes and conflicts, the decolonisation is less of a priority.

“The colonial past sometimes gets incorporated by political elites into the history of that new country rather than eradicated. The way its people interpret that chapter of the history may not be entirely negative either,” she explained.

John Carroll, a history professor at the University of Hong Kong, said the process of decolonising the city by changing names would take a long time to take hold, and people often continued to use former names, as seen in India.

“Even though Bombay was renamed Mumbai in 1995, many Indians still used the name Bombay. In some former colonies, the old and new names are sometimes used interchangeably,” he said.

He said retaining old colonial names can sometimes even be a sign of confidence, self-assuredness, and pride.

Professor Lau Siu-kai, the vice-president of the semi-official Chinese Association of Hong Kong and Macau Studies, said name changes in legislative documents would do little to speed decolonisation.

He suggested that a process of national education was a better route to take.

“It is not a legal issue. Many people would not be aware of the terms in the documents. It’s about the will of the people,” he said.

He added decolonisation could not be achieved in a short period of time, but that he expected less resistance after the opposition side was outlawed.

“We need to reinforce the relationship between the development of Hong Kong and the central government and build people’s understanding and respect,” he said.