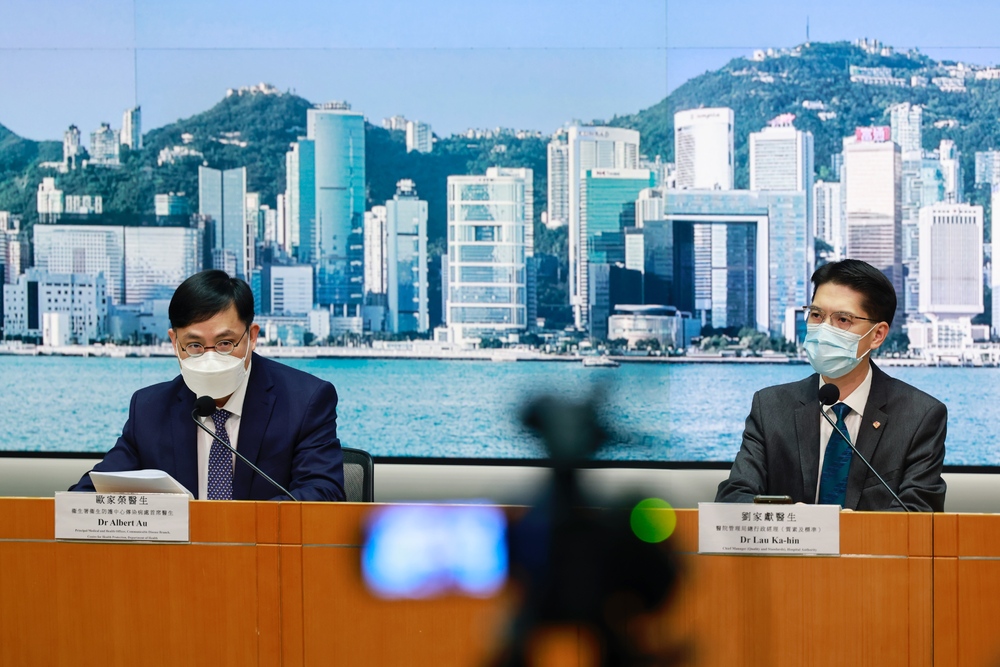 Hong Kong reported 243 new Covid-19 cases on Friday as health authorities now shift their focus to a new outbreak cluster at a Lan Kwai Fong quarantine hotel which involved an Omicron BA.2 subvariant.
Among the new cases, 101 were confirmed via PCR tests and 142 were positive rapid antigen test results reported by citizens.

The overall Covid tally has exceeded 1.197 million, according to the Centre for Health Protection's principal medical and health officer Albert Au Ka-wing.

He also reported 26 imported cases, including 17 detected at the airport and eight at quarantine hotels. He continued that 11 imported cases identified earlier involved the Omicron BA.2.12.1 subvariant, including six men and five women aged between 19 and 65.

Eight patients carrying the subvariant were from the U.S. with the other three from Turkey, Netherlands and Nepal. Six patients tested positive at the airport and three at the quarantine hotels on the third day upon arrival.

The other two were a couple arriving from San Francisco, U.S. on May 3 on flight CX851. They tested negative during their stay at Lan Kwai Fong Hotel @ Kau U Fong and positive at a community testing on May 14, which was the 12th day after their arrival.

They had both received the booster jab but the wife, 64, developed symptoms including a fever, headache and coughing, while the husband, 65, remained asymptomatic.

Health authorities believed cross-infection may have already occurred at the hotel and sent government advisor Yuen Kwok-yuen to inspect the quarantine rooms.

Au continued that 18 cases were reported by 17 schools, including 13 students and five teachers and staff.

The new deaths involved a man and three women aged between 64 and 95. One had received the booster jab and the other three had no vaccination record.

Lau pointed out that public hospitals and treatment facilities are now housing 553 patients. One is in critical condition and another is in a serious condition.

In the past 24 hours, 91 patients have recovered from Covid and 69 of them have been discharged.
#COVID-19  #Covid
Add Comment