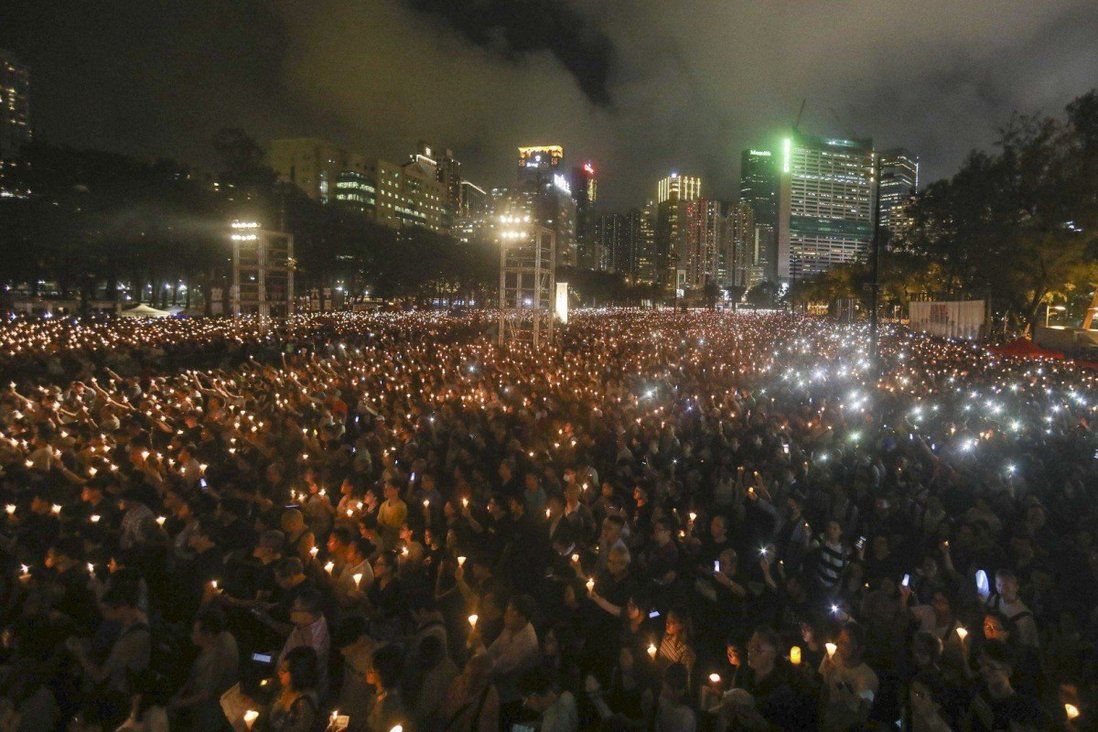 The alliance behind Hong Kong’s annual Tiananmen Square vigil fostered love and care for mainland China, not incitement to hatred of the country’s Communist Party, a former leader of the group has told a court hearing set up to examine the strength of evidence for subversion charges.

Chow Hang-tung, who was vice-chairwoman of the now-disbanded Hong Kong Alliance in Support of Patriotic Democratic Movements of China, said on Friday the organisation had backed political change north of the border using non-violent means and denied prosecution claims that the group had encouraged revolt against the central power in Beijing.

“It is impossible to plead guilty. It is not a sin to pursue democracy. I plead not guilty,” she told the court when asked to enter a plea at West Kowloon Court.

Chow, 37, was speaking at a preliminary inquiry in a bid to block her case’s transfer to the High Court for trial.

The alliance, which dissolved last year, Chow, former leaders Lee Cheuk-yan and Albert Ho Chun-yan are jointly charged with inciting subversion and of calling for the “overthrowing or undermining the basic system of the People’s Republic of China” established by the constitution, or “overthrowing the body of central power of the People’s Republic of China”.

The offence is alleged to have take place between July 1, 2020, one day after the Beijing-decreed national security law came into force, and September 8 last year.

Chow asked for a preliminary inquiry, where a magistrate decides if there is a good enough case against a defendant before prosecution can continue. 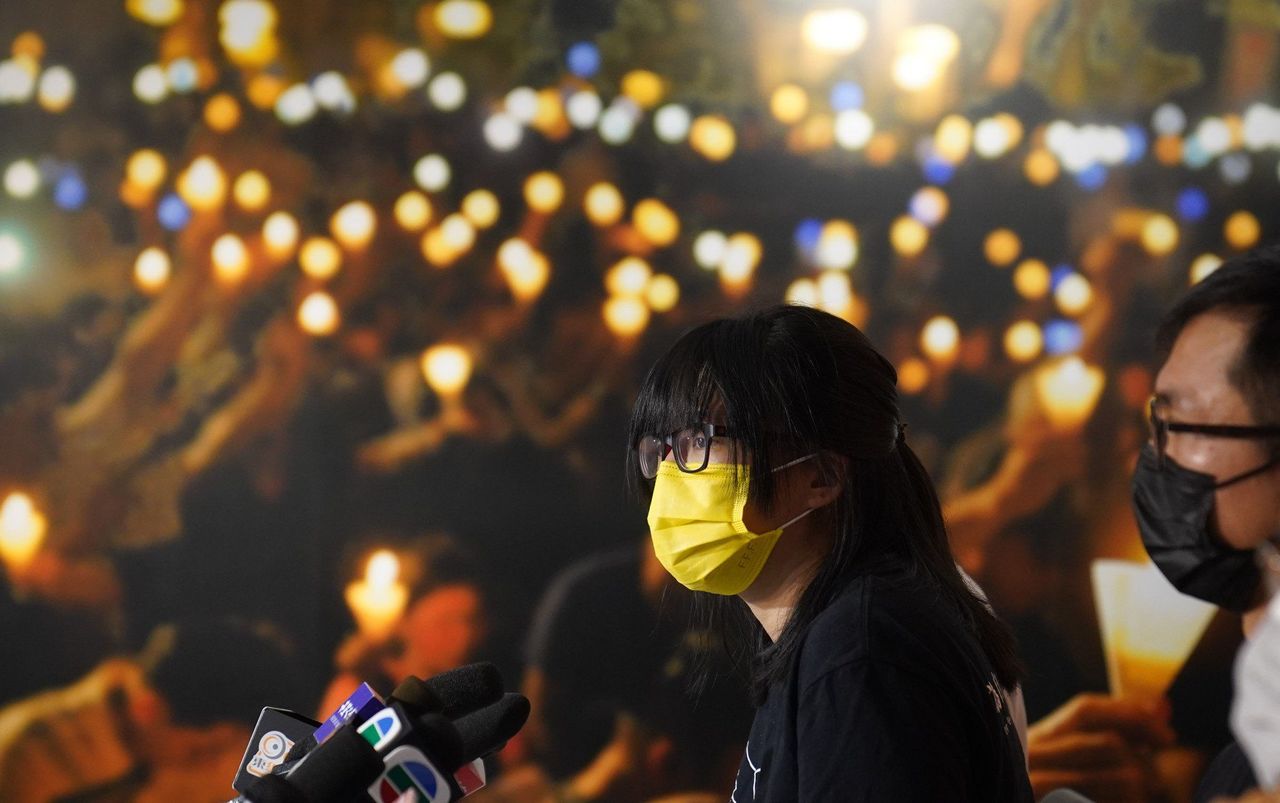 Chow Hang-tung (centre) of the former Hong Kong Alliance in Support of Patriotic Democratic Movements of China during the 2021 commemoration of the Tiananmen Square crackdown.

The hearings are usually held behind closed doors to avoid prejudice in any future trial, but Chow won a judicial review in the High Court last month to lift reporting restrictions on her case.

The court heard that prosecutors would rely on more than 136 pieces of evidence, including video clips of the alliance’s candlelight vigils, held at Victoria Park in Causeway Bay every year to remember the 1989 crackdown on pro-democracy protesters in Beijing.

Chow said the vigil, which she had first attended as a child with her mother, was “the most profound civil education lesson” she had ever had.

She added that people attended the event out of their “love for the country” and for “the truth”.

Her defence counsel showed the court seven excerpts from video recordings of vigils between 1991 and 2018 to show that no one had called for the toppling of the central government by violence.

The move sparked concern from Ivan Cheung Cheuk-kan, for the prosecution, who claimed Chow might use the opportunity to spread her political views.

But Magistrate Veronica Heung Shuk-han agreed that the defendant should be given the opportunity to explain the clips, which were part of the prosecution evidence against her.

Cheung told the court that there was no violence at the vigils, but added he had reservations on whether it could be said the events did not instigate violence at all.

Chow emphasised that the alliance advocated “respect for the truth” rather than “love for a regime drenched in blood”.

“The government was so used to accusing us of opposing China and disrupting Hong Kong, but from my experience, the alliance, instead of inciting hatred, had nurtured a group of people who cared about China and had feelings for this country,” she told the court.

Prosecutors have also alleged that the alliance’s five operational goals, including “ending one-party dictatorship” on the mainland, “building a democratic China” and “demanding accountability” for the 1989 crackdown, were subversive.

But Chow said the five goals were interrelated and could not be understood if taken out of context.

She insisted that without an end to one-party rule, for instance, China could not be a truly democratic country.

“It would be insincere and hypocritical to demand accountability but give up on building a democratic China,” Chow said.

The defence is expected to make further submissions next Thursday before the magistrate delivers a ruling.

Conviction for incitement to subvert state power is punishable by up to 10 years in prison, with a minimum of five years for serious cases.

The national security law bans acts of secession, subversion, terrorism and collusion with foreign forces. Penalties of up to life imprisonment can be imposed for some offences.