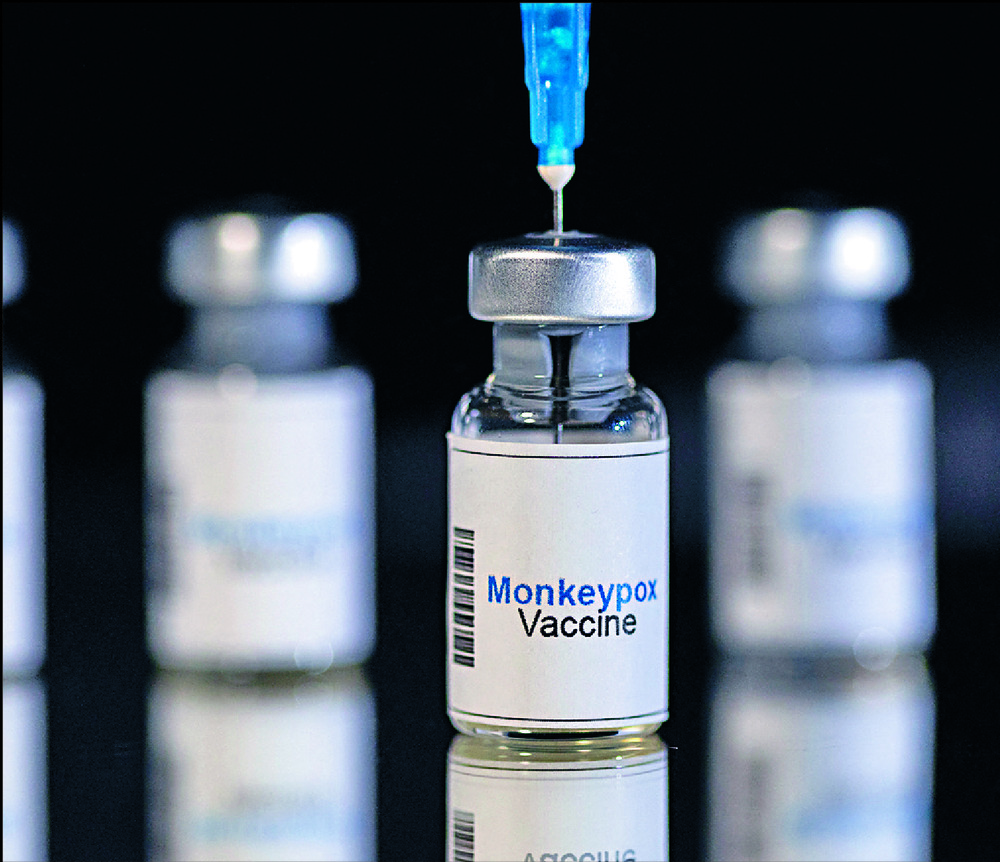 Order's in for monkeypox vaccine as worries mount

Monkeypox vaccines and medications will soon join the government's stockpiles as authorities move to make the viral disease - which has triggered global concerns after cases emerged in Africa, the United Kingdom and Europe - a notifiable infectious disease.
A Food and Health Bureau spokesman reassured the public yesterday that "Hong Kong has not recorded any monkeypox cases in humans so far." However, he said that "in order to address the potential risks posed by monkeypox, the government will formulate a response plan," adding the plan will employ a three-tiered system - alert, serious and emergency.

The UK in particular has seen a rapid increase in the number of cases. It reported 11 new cases on Tuesday, taking the country's tally to 183.

Having monitored the global situation closely, the Department of Health made preparations last week by sending letters to thousands of private clinics and hospitals, requesting them to immediately notify authorities if suspected monkeypox cases materialize.

Meanwhile, authorities will gazette the classification of the disease as a "statutorily notifiable infectious disease" next week.

Once the classification takes effect, any medical practitioner who fails to report suspected monkeypox cases may be liable to a maximum penalty of six months in prison and a HK$10,000 fine.

The spokesman also urged the public to seek medical attention immediately if they develop monkeypox symptoms such as fever, headaches, muscle pain, swollen lymph nodes, mouth ulcers and rashes. Significantly, the disease is dissimilar from Covid-19 in that it is not generally transmitted through short-lived contact such as via respiratory droplets.
#Vaccines  #COVID-19  #vaccine  #Covid
Add Comment