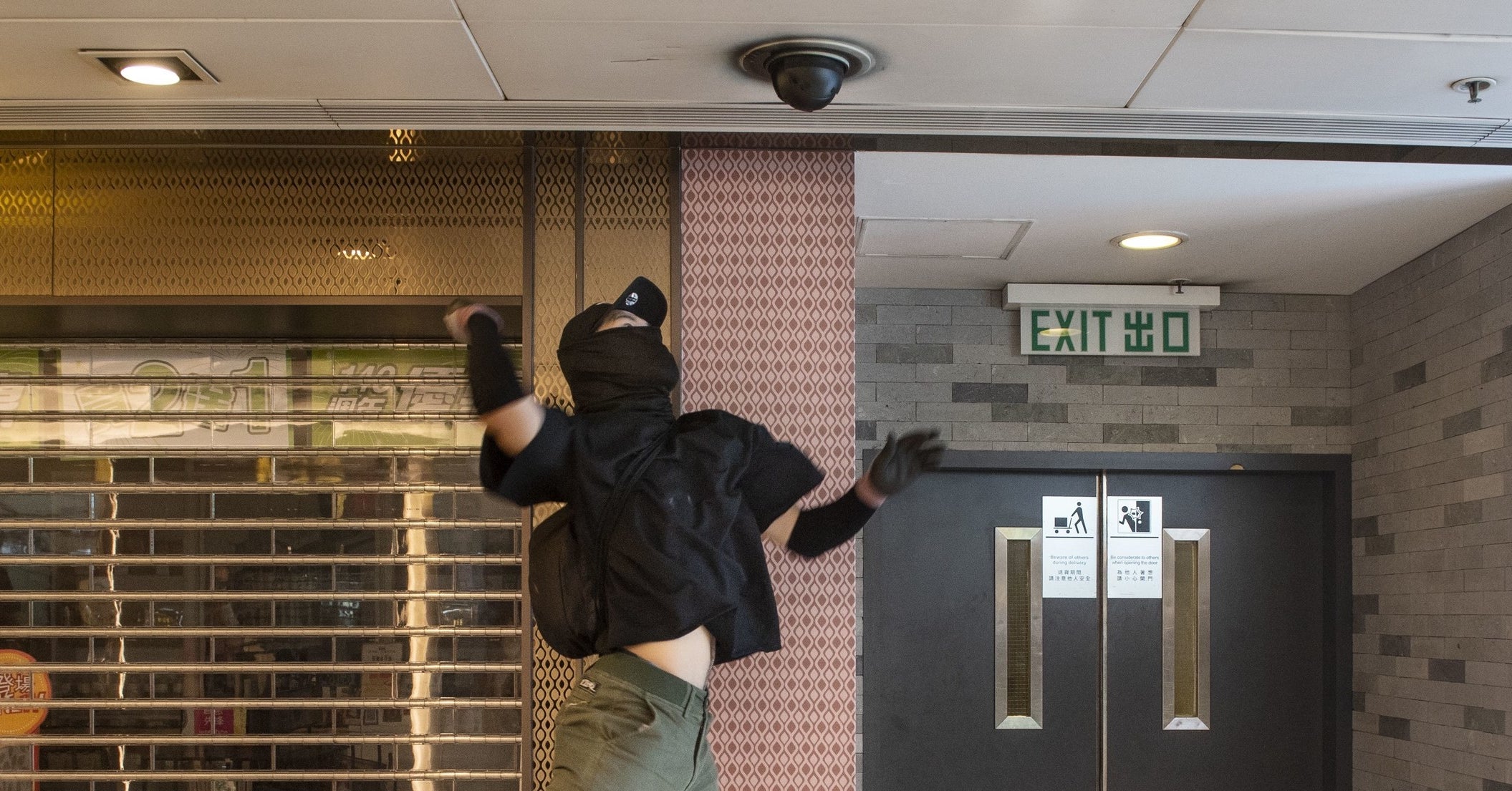 Opinion: The Right To Hide Your Face

Hong Kong’s High Court ruled Monday that a government ban on protesters wearing face masks was unconstitutional. The mask ban has become a flashpoint in the movement to defend democracy there, and is part of a growing battle between high-tech surveillance and evasion of such surveillance. Demonstrators have not only worn masks but also used umbrellas to shield themselves from surveillance cameras, destroyed CCTV cameras and “smart lamp posts,” and used lasers to neutralize them.

What many people do not realize is that a number of American states and cities also ban the wearing of face masks during protests. And in the United States, as in Hong Kong, the issue is likely to grow in significance due to the increasing prevalence of new surveillance technologies, especially surveillance cameras and face recognition.

Some of our anti-mask laws date back to the 19th century. A New York State law, for example, was originally enacted in 1845 to quash a sometimes violent rebellion by tenant farmers who dressed up as Native Americans to hide their faces. Some state laws apply narrowly (such as only during the commission of a crime) and others quite broadly. They typically include exceptions such as for holiday costumes, masquerade parties, sports and entertainment events, physical safety, protection from the cold, and religious beliefs.

Court challenges to American anti-mask laws have met with mixed success. A California law was struck down by state courts in 1979 in a challenge from Iranian-Americans who argued that it exposed them to retaliation by the Iranian government. Other courts have ruled that such laws are constitutional, most significantly the 2nd Circuit U.S. Court of Appeals, which upheld New York’s law in a case involving the Ku Klux Klan.

In fact, the KKK has been central to the history of mask laws in the United States, and that understandably complicates the issue for many people. A number of southern states, including Alabama, Florida, South Carolina, Virginia, and West Virginia, enacted mask bans in the late 1940s and early 1950s to repress the Klan. The political leaders in those states were acting not to help the Klan’s targets, but because they wanted to defend segregation as part of a “modern South” and felt that violent racist terrorism was making them look bad.

The political and technological contexts in which these laws are being applied are changing, however. Anti-mask laws today are being deployed more often against progressive protesters than Klansmen, and in ways that raise questions about selective prosecution.

New York State’s law was used to arrest Occupy Wall Street protesters, for example. In Alabama, police cited that state’s anti-KKK law to force people to remove their masks while protesting an April 2017 speech by a white supremacist. Alabama’s law was also used to arrest the organizer of a November 2018 protest over the fatal shooting of a Black man. In Virginia, several college students were arrested on felony charges and initially faced prison time for covering their faces while protesting a pro-Confederate rally. A legislator in Arizona proposed an anti-mask law, declaring that anti-Trump and Black Lives Matter protesters who damaged property were “absolutely” the “equivalent of the Ku Klux Klan." (“Now, there are no hangings of white people, yet,” he added.)

At the ACLU, we continue to get queries from protesters and even from street performers dressed as superheroes who have been cited or threatened under a mask ordinance. But it’s the spread of facial recognition that is likely to raise the stakes around anti-mask laws the most. The more accurate and widespread the technology becomes, the more situations will arise where people won’t want to show their faces. The cameras that increasingly surround us will allow the police to cheaply and easily identify us -and who we’re with, even if part of a giant crowd.

It gets even worse when we realize that we can be identified that way repeatedly, with our presence recorded in databases and automated algorithms used to flag repeat protest activity, associational patterns, or anything else the authorities might want to know.

And of course it’s not just the authorities who can use face recognition. Even if we restrict its use by government, private parties who have access to photographs of a controversial event will be able to use them to identify us and harass us, retaliate against us at work, or worse.

If we allow government face recognition to continue to spread, the American context will increasingly resemble what we see in Hong Kong today: a struggle for power centered around who can observe and who can be observed. American laws should allow people the freedom to cover up their faces in protests or anywhere else. If necessary, rules should only target uses of masks that are intended to facilitate commission of a crime. We must maintain the freedom to publicly express ourselves while protecting our privacy, in a world increasingly designed to take it away from us.