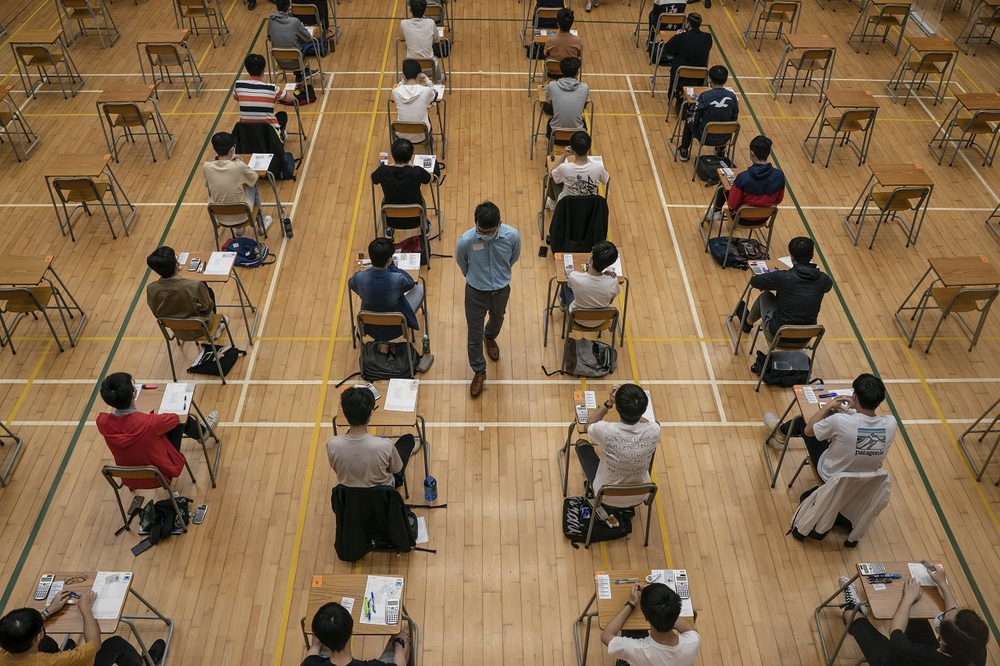 The second time is not the charm for many students retaking the Diploma of Secondary Education examinations.
Only 213 among 4,933 re-takers, or 4.3 percent, obtained the "33222"minimum requirement for university admission, statistics on the 2021 HKDSE showed.

But the statistics, published by the Hong Kong Examinations and Assessment Authority on Thursday, also showed out of the 842 retakers who took the exams in more than five subjects, over 70 percent of them managed to obtain Level 2 or above in five subjects, the minimum requirement for applying for associate degree.

A total of 49,976 candidates sat for the 2021 DSE exams, slightly less than the 50,809 last year.
Over 80 percent of this year's candidates were from day schools, who took exams for 6.1 subjects on average. Over 30,000 of them choosing to take the four core subjects plus two elective subjects.

Out of a total of 43,196 candidates who attended the exams for at least five subjects, 18,245 of them satisfied the minimum requirement for university admission, which is to attain level 3 for Chinese and English; level 2 for Mathematics and Liberal Studies and level 2 for one elective. In addition, over 30,000 met the minimum requirement for sub-degree programs admission or civil service appointments.

For candidates obtaining “3322” in the four core subjects and had taken at least five subjects, most of them managed to score 19 to 21 points, while most of those taking at least six subjects achieved 22 to 24 points.

The statistics also showed the top three most taken elective subjects were Biology, Economics and Chemistry, each of which were taken by over 12,000 candidates.