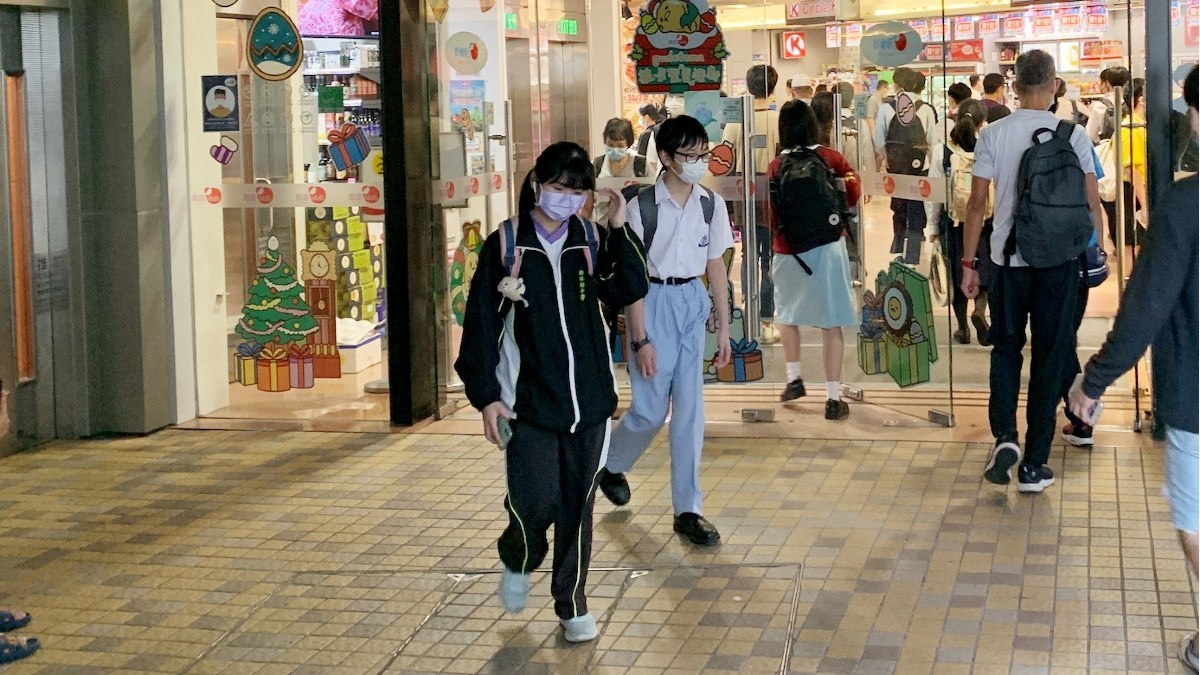 The Education Bureau announced on November 29 that face-to-face lessons would be suspended for primaries four to six and all secondary students between December 2 and January 10 as Hong Kong was hit by its fourth wave.

Education Secretary Kevin Yeung said on Monday that, as the epidemic was lingering, face-to-face lessons would not be resumed at least until the end of the Chinese New Year holidays on February 15.

However, schools would be allowed up to arrange for one-sixth of their students to attend morning classes per day, Yeung said, given that face-to-face contact was essential for students’ progress. Kindergartens must stay closed until after the Lunar New Year holiday.

At present, small groups of primary six students are allowed into schools to sit exams, and students in their sixth secondary year are permitted to attend face-to-face lessons.

“We wish to give the schools as well as the parents some sort of planning for a longer term,” Yeung said.

“Instead of week by week, they now have about four or five weeks that they can plan, including which year of students could come back first.”

According to a survey conducted by the Education Employees General Union, 47% of teachers in Hong Kong complained that students were not focused during online lessons. They said some students put their pictures in front of their webcams and walked away during classes. About 21% of the interviewed teachers said they had to chase up students to hand in homework.

The Center for Health Protection said 53 cases, 10 imported and 43 local, were recorded on Sunday. Of the local patients, six had no known source.

The new cases include 11 workers at the construction site for the Tseung Kwan O – Lam Tin Tunnel. The site was forced to close between December 9 and 27 due to a virus outbreak. After its operations resumed, a supervisor was found to have symptoms on December 30. He tested positive on Saturday. Work has been suspended while about 1,500 workers will be tested.

An outbreak was reported at Princess Margaret Hospital, with 55 patients and 27 medical staff ordered into quarantine. Preliminary investigations showed two patients and two medical workers contracted the virus after a patient who visited a day ward last Monday was confirmed to have the disease.

Yuen Kwok-yung, head of the Department of Microbiology at the University of Hong Kong, said an infected person with chronic disease took off her mask while waiting for treatment at the day ward. 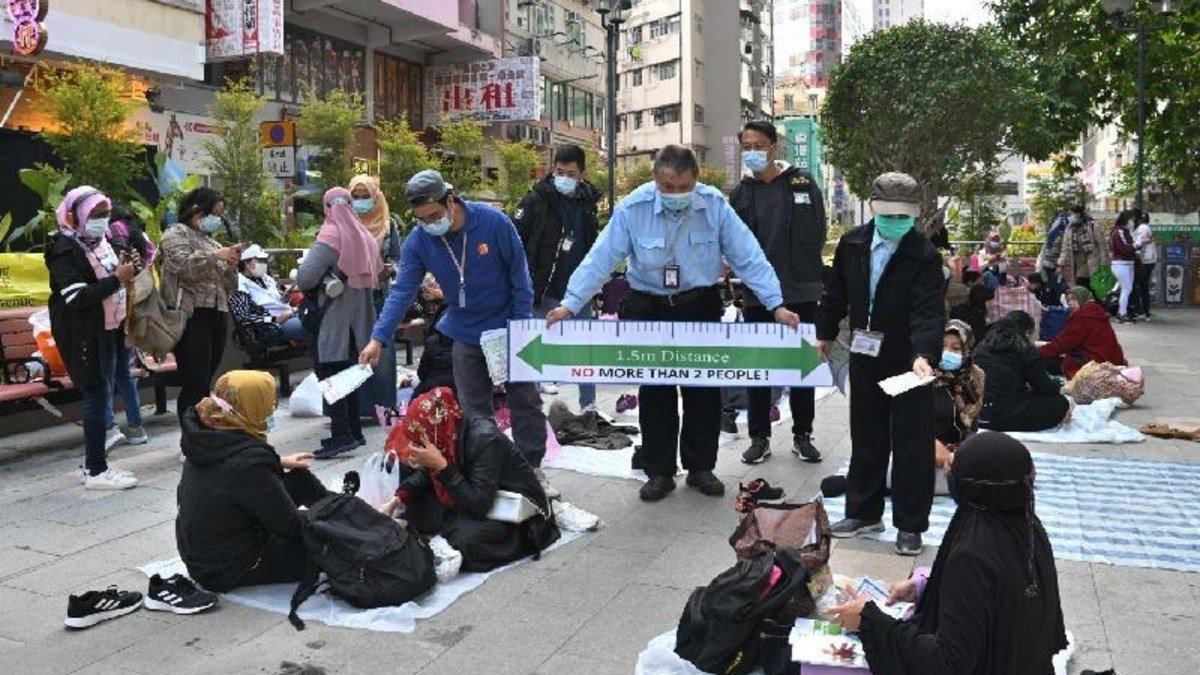 Staff of the Leisure and Cultural Services Department give warnings to domestic workers about social distancing rules.

Sophia Chan, the Secretary for Food and Health, said all social-distancing measures would remain in place at least until January 20. She said the chance of loosening any epidemic rules before the Chinese New Year holidays were slim.

Although the daily number of new infections was decreasing, the trend was extremely slow, Chan said. If there was a resurgence of cases, social-distancing would be further tightened.

She said the government was determined to bring the number of new cases back to zero again, and she called on people to exercise restraint and stop gathering in large groups.

Leung Chi-chiu, chairman of the Medical Association’s advisory committee on communicable diseases, said the city had seen a decrease in new infections since mid-December with new local cases dropping by 20% on average each week.

Recent data did not fully reflect any transmissions over the Christmas holiday, and any easing of gathering rules could see cases rebound in several weeks’ time, he said.

Meanwhile, the Labor Department said that it conducted joint operations with other government departments between December 31 and January 3 at popular gathering places for foreign domestic workers.

The Leisure and Cultural Services Department said it had given verbal advice more than 8,800 times during the operations.