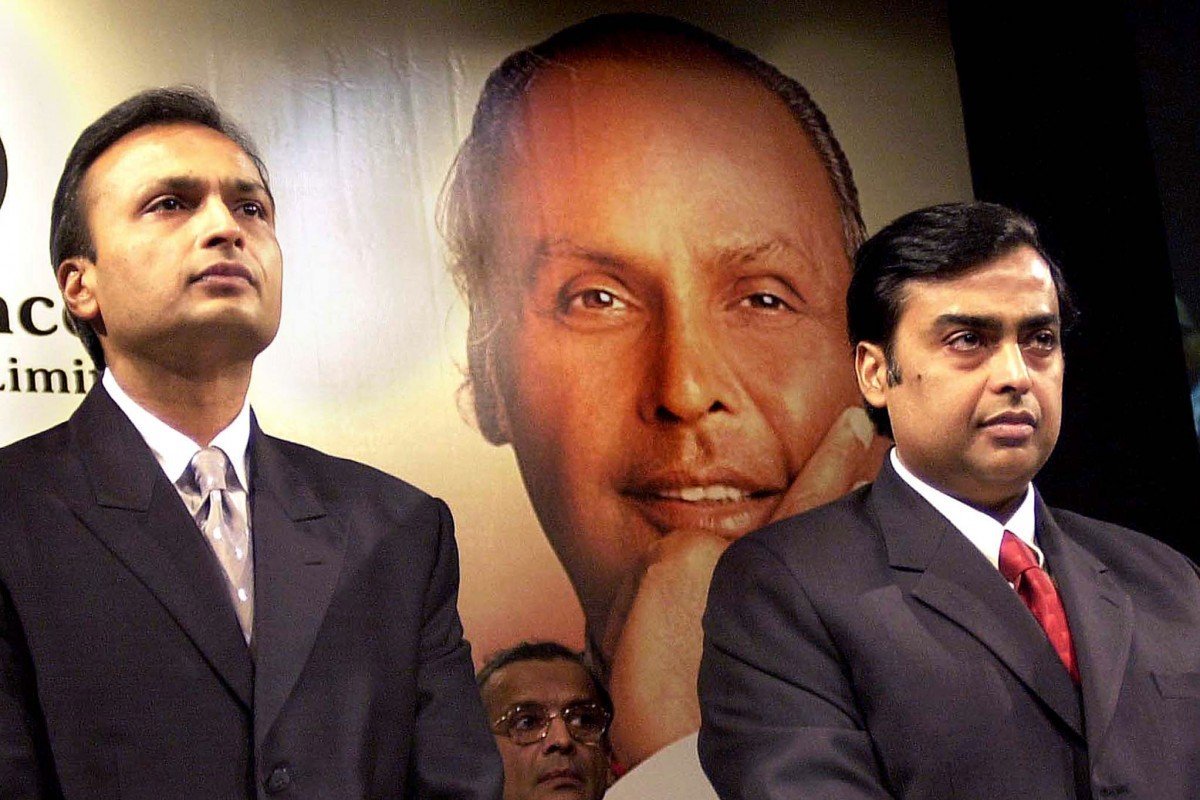 The brother of Asia’s richest man has pleaded poverty in his dispute with three Chinese banks seeking US$680 million (HK$5.28 billion) in defaulted loans.

“The value of my investments has collapsed,” Anil Ambani said, according to a court filing by the banks in a London lawsuit. “The current value of my shareholdings is down to around US$82.4m and my net worth is zero after taking into account my liabilities. In summary, I do not hold any meaningful assets which can be liquidated for the purposes of these proceedings.”

The lawsuit was filed by three state-controlled Chinese banks which argue that they provided a loan of US$925 million to Ambani’s Reliance Communications in 2012 with the condition that he personally guarantee the debt. The comments were disclosed on Friday as Ambani sought to avoid depositing hundreds of millions of dollars with the court ahead of a trial.

The embattled Indian tycoon says that while he agreed to give a non-binding “personal comfort letter,” he never gave a guarantee tied to his personal assets – an “extraordinary potential personal liability.”

The 60-year-old is the brother of Mukesh Ambani, who is worth US$56.5 billion and is the wealthiest man in Asia. Anil, on the other hand, has seen his personal fortune dwindle in recent years, losing his billionaire status. His telecommunications group Reliance Communications filed for bankruptcy last year.

The banks asked Judge David Waksman to force Anil Ambani to put up US$656 million into the court’s account.

Representatives for Ambani’s Reliance Group said on Friday that they could not immediately comment. They said the group would issue a statement once the court issues the final order.

Ambani’s lawyer, Robert Howe, said the court should not order his client to make a payment he cannot make. The tycoon argues that that an order requiring him to do so would hinder his ability to defend himself in the case, Howe said.

Bankim Thanki, a lawyer representing Industrial and Commercial Bank of China, China Development Bank and the Export-Import Bank of China, said in a filing that Ambani’s statements are “plainly a yet further opportunistic attempt to evade his financial obligations to the lenders.”

Ambani was caught up in another legal wrangle last year when India’s Supreme Court threatened him with prison after Reliance Communications failed to pay to pay 5.5 billion rupees (US$77 million) to Ericsson AB’s Indian unit. The judges gave him a month to find the funds, and his brother, Mukesh, stepped in just in time to make the payment.

The brothers’ relationship has been fraught since their father’s death left behind a vast empire that was split between them. While Mukesh’s oil and petrochemicals businesses have flourished, Anil’s assets dwindled.

Anil said in a filing that he recognised that the judge would want to know if he could satisfy any order to put up funds from outside resources, including his family. “I can confirm that I have made enquiries but I am unable to raise any finance from external sources,” he said.

Judge Waksman had said in an earlier ruling that he believed Ambani’s defence would be shown to be “opportunistic and false.”
Ambani’s lawyer told the judge that as a result of the comments, the tycoon’s relatives were unlikely to lend any funds. There is a “very substantial risk they will never get it back,” Howe said.