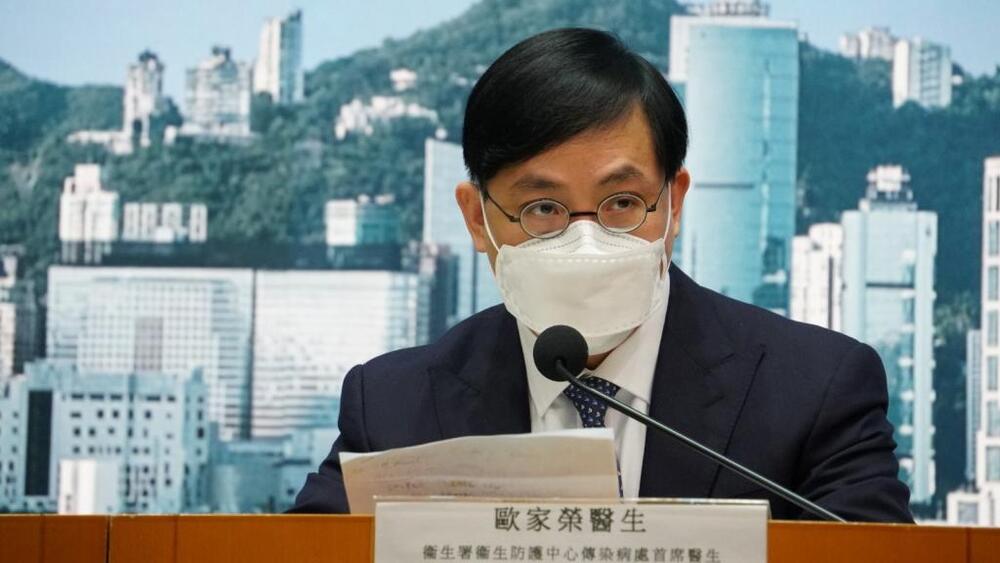 Hong Kong reported 600 new Covid-19 cases on Tuesday, as one teacher and 14 students tested positive via rapid antigen test on the first day of the resumption of classes.
Among the new cases, 320 were confirmed through PCR tests and 280 were positive rapid antigen test results reported by citizens.

The Centre for Health Protection's principal medical and health officer Albert Au Ka-wing said 11 cases were imported from overseas, including five detected at the airport.

The overall tally of the fifth wave of the pandemic outbreak now exceeds 1.186 million.

Au expected a rebound of the pandemic after the Easter holiday, saying it may take three to five days to see the impact of gatherings and the authorities will closely monitor the changes.

Starting from Tuesday, primary school children can resume a half-day schedule with a full resumption by May 3, whereas secondary schools can allow some students to return for half days from May 3, with all students returning for half days by May 10.

Centre for Health Protection controller Edwin Tsui Lok-kin said students are required to undergo rapid tests every day before entering the campus. Those who tested positive should not return to school and could stay at home for quarantine.

He revealed that two primary schools reported having one student each who tested positive in the morning, while international schools saw one teacher and 12 students infected.

He added that so far about 170 private doctors have applied for Covid-19 oral drugs and the authorities will compile the list as soon as possible.

Sixteen deaths, including eight men and eight women aged 33 to 97, were logged in public hospitals in the past day. Among them, four were residents of elderly homes, ten had no vaccination record and only three were aged below 65.

The 33-year-old man had a record of drug abuse and severe autoimmune deficiency. He was admitted to the hospital with fever, diarrhea, and low blood pressure. He was given cardiac agents and emergency treatment in the intensive care unit but passed away on Monday.

Ho also reported late the death of a man aged 72 due to delayed results.

Public hospitals and treatment facilities are now housing 8,438 Covid-19 patients. Among them, four are in critical condition, two are in serious condition and 50 are admitted to the hospitals’ intensive care units.
#COVID-19  #Covid
Add Comment