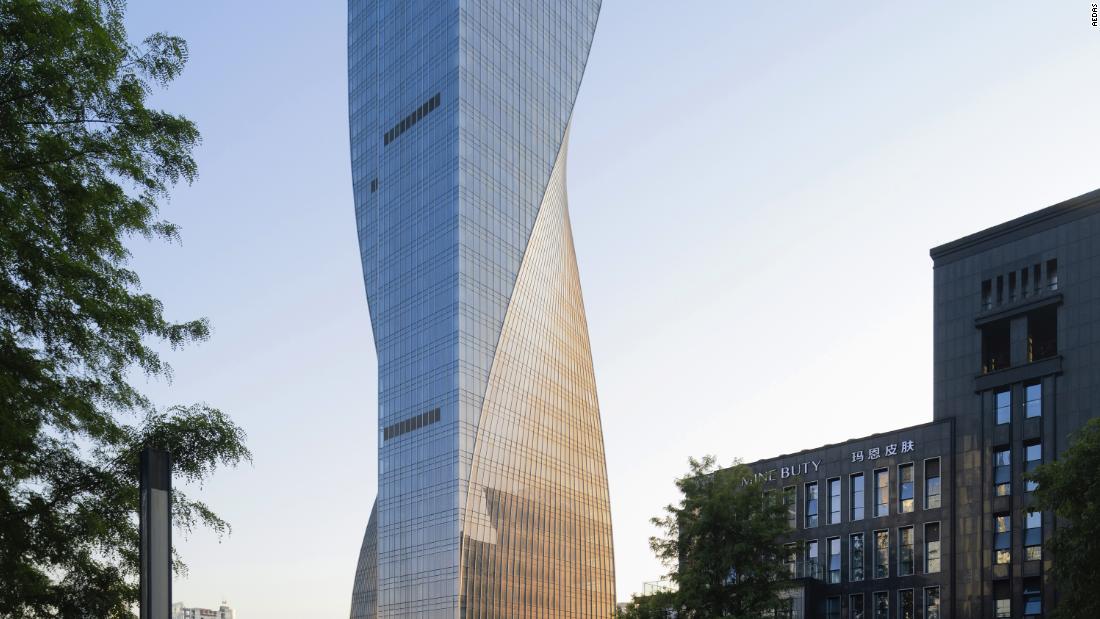 One of the world's most twisted towers unveiled in China

One of the world's most twisted towers has been unveiled in Chongqing, China.

The Dance Of Light tower, designed by architecture firm Aedas and completed this year, is 180 meters (590 feet) tall and features a twisted facade that emulates the shape of the northern lights, according to a press release.

Located on Xingfu Plaza in the Jiangbei District of Chongqing, the firm said the building utilizes the simple and elegant form of double-curved facades to create the impression that the building is being twisted.

According to Ken Wai, Aedas global design principal, the facade "is not only an outlook expression, but also a way of protection that sculpts interior spaces." 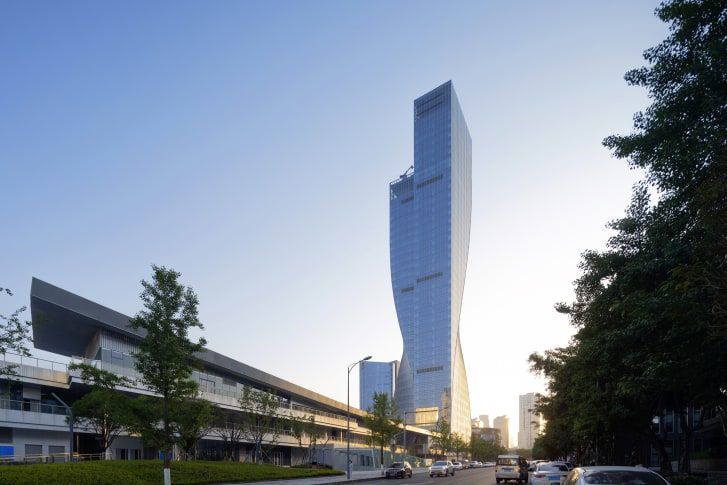 The Dance Of Light tower was designed by architecture firm Aedas.

The designers were inspired by the dancing aurora -- the rays and spirals of the polar lights often seen in the Arctic and Antarctic -- so light plays a key role in accentuating the twisted shape of the structure. The view of the tower varies from different angles as light reflects and bends over the glass facades.

"When night falls, the curved facade showcases reflections that allude to the dancing figure of a ballerina," said Aedas in the press release.

"The podium roof extends a coherent statement of sliding twist from top to bottom, echoing with the geometry of the tower and maintaining a consistent architectural style." 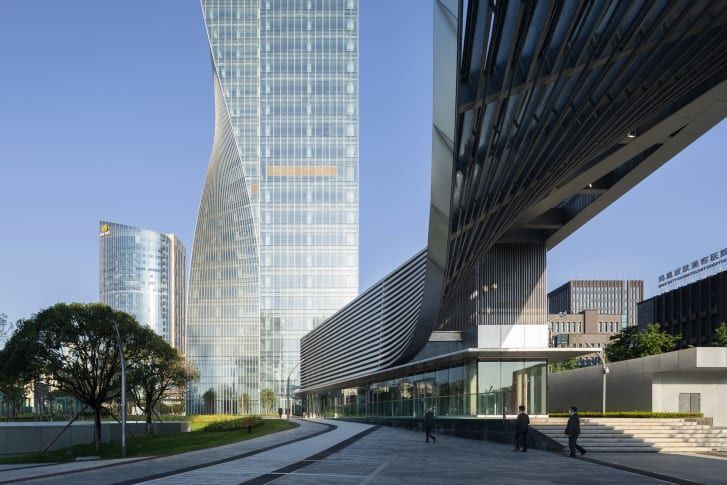 Aedas says the tower has a "twisting angle" of up to 8.8 degrees per floor.

Twisted high-rises have grown in popularity over the last decade thanks to advances in construction, engineering and architectural computer programs.

The Turning Torso, by Spanish architect Santiago Calatrava and built in 2005 in Malmo, Sweden, was the first twisted skyscraper that showcased the innovative style of architecture.

Other popular twisted buildings include MAD Architect's Absolute World Towers, located in Canada and completed in 2012, as well as the 306-meter-high (1004-foot-high) Cayan Tower in Dubai, designed by Skidmore, Owings & Merrill and completed in 2013. 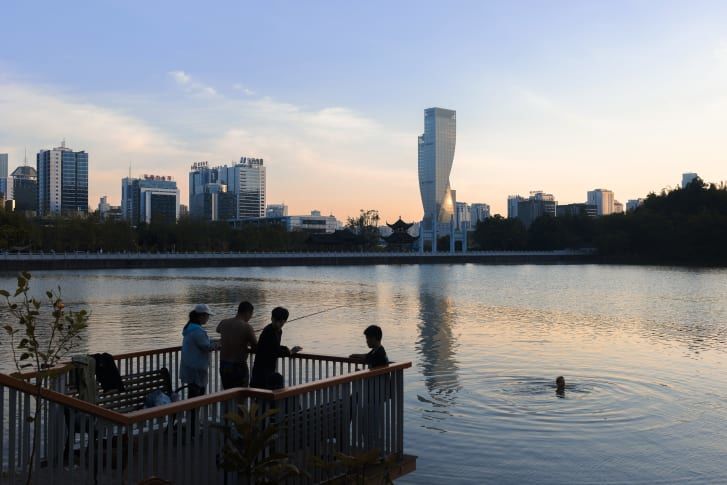 According to Aedas, the Dance Of Light tower has a "twisting angle" of up to 8.8 degrees per floor, which the studio believes is nearly 1.5 times more than any other super high-rise tower.

"As an open public space, the tower has all the credits to be a city icon, especially the significant twisting of the facade is remarkable," Wai added.