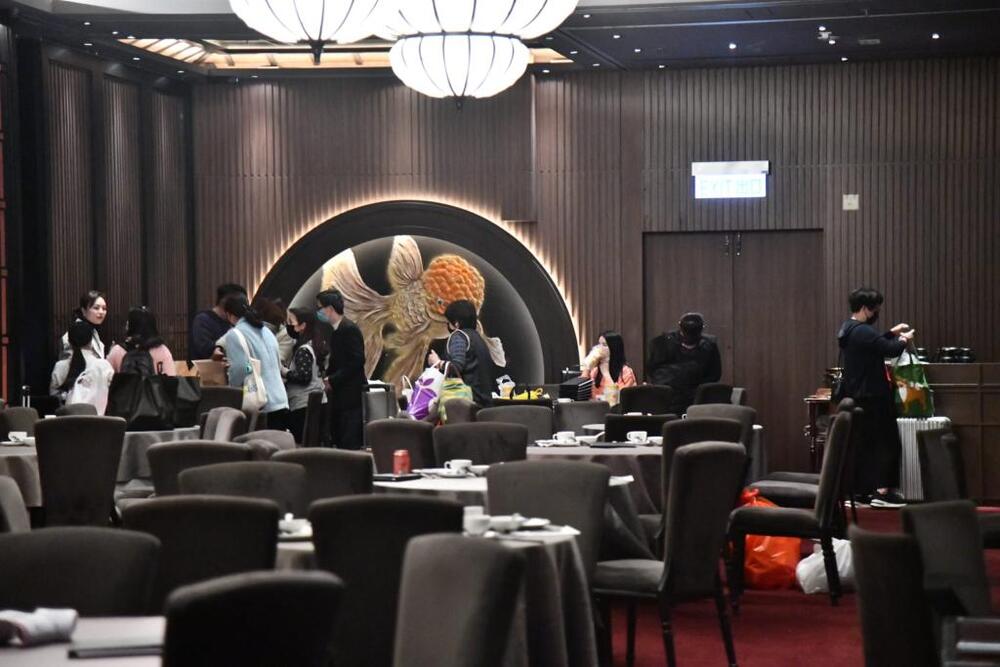 A sixth diner at Moon Palace tested positive of Covid-19, health authorities announced on Monday as it continues the desperate search for another six patrons missing quarantine.
Hong Kong reports 29 new coronavirus cases, including 28 imported cases and one being a family member of a confirmed case.

The 66-year-old woman ate at the restaurant on December 27 afternoon, and tested preliminary positive on Sunday. She visited multiple eateries during her incubation period.

So far six people have tested positive, including the index case of a Cathay Pacific flight attendant. He was sacked for breaching internal guidelines saying he should stay home during a three-day isolation period except for essential chores.

Albert Au Ka-wing, the Centre for Health Protection's principal medicine and health officer for epidemiology, said that 191 out of 207 people who visited the restaurant during the same period as the Cathay crewman have been sent to the quarantine center. Most of them tested negative.

Ten people are getting ready to be sent to quarantine. But six people seated two tables failed to be traced.

Au reminded the public that people who had been to the Festival Walk in Kowloon Tong from 1 pm to 5 pm last Monday must undergo compulsory testing.

At the same press conference, officials announced another preliminary positive case involving a 35-year-old man. He was a family member of the female flight attendant who was infected earlier, and lived also at Nam Tin Building in North Point. He works at The Metropolis Tower in Hung Hom and visited multiple eateries and bars in the same district, as well as Causeway Bay and Tsim Sha Tsui.

On the other hand, a group of officers from Center for Health Protection and the Food and Environmental Hygiene Department arrived at the Moon Palace for investigation on Monday afternoon.

Some of them were seen climbing up to check ventilation facilities at the ceiling.

It was understood that Moon Palace is connected to Japanese restaurant Toriten next door. Toriten was closed on Monday but not named in the compulsory testing notice.

The two restaurants were both under the Lubuds Group and located at shop G25 of the mall.
#Coronavirus  #COVID-19  #Covid
Add Comment