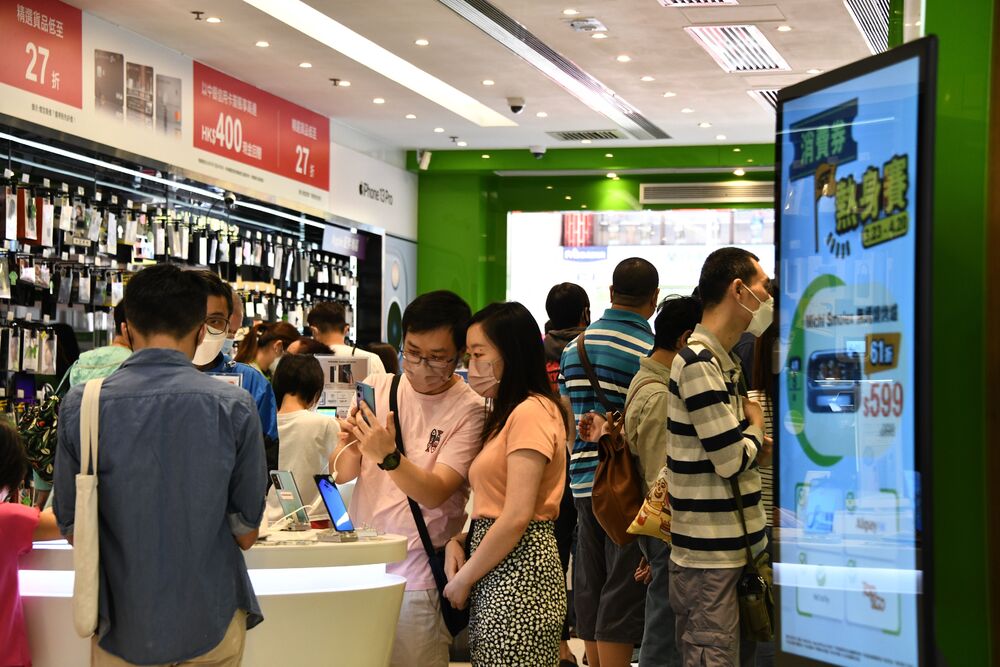 Those using Octopus cards have to collect the vouchers in two instalments. People may start to collect the first HK$4,000 voucher at Subsidy Collection Points of the Public Transport Fare Subsidy Scheme, designated convenience stores and supermarkets, Octopus Service Points or via Octopus mobile app.

In his blog on Sunday, Chan said due to last year's experience, people have become more familiar with the collection process. A million people managed to collect the amount using the Octopus app, which can be done at home.

There are also others who are comparing discounts offered by shopping malls and retail outlets, and who plan to go out for shopping later when the Covid-19 outbreak subsides.

Chan said the vouchers can ensure people spend the money within Hong Kong. They also help to enhance the use of digital payments in the city.

On the other hand, Chan said the government plans to launch the green bonds by the end of this month, now that there has been a drop in Covid-19 cases.

The bonds were supposed to be launched in the beginning of March, but it was postponed due to the fifth wave of outbreak.

The interest rate will be linked to the city's inflation rate, while the minimum rate will be increased from 2 percent to 2.5 percent per annum.
#COVID-19  #Covid
Add Comment