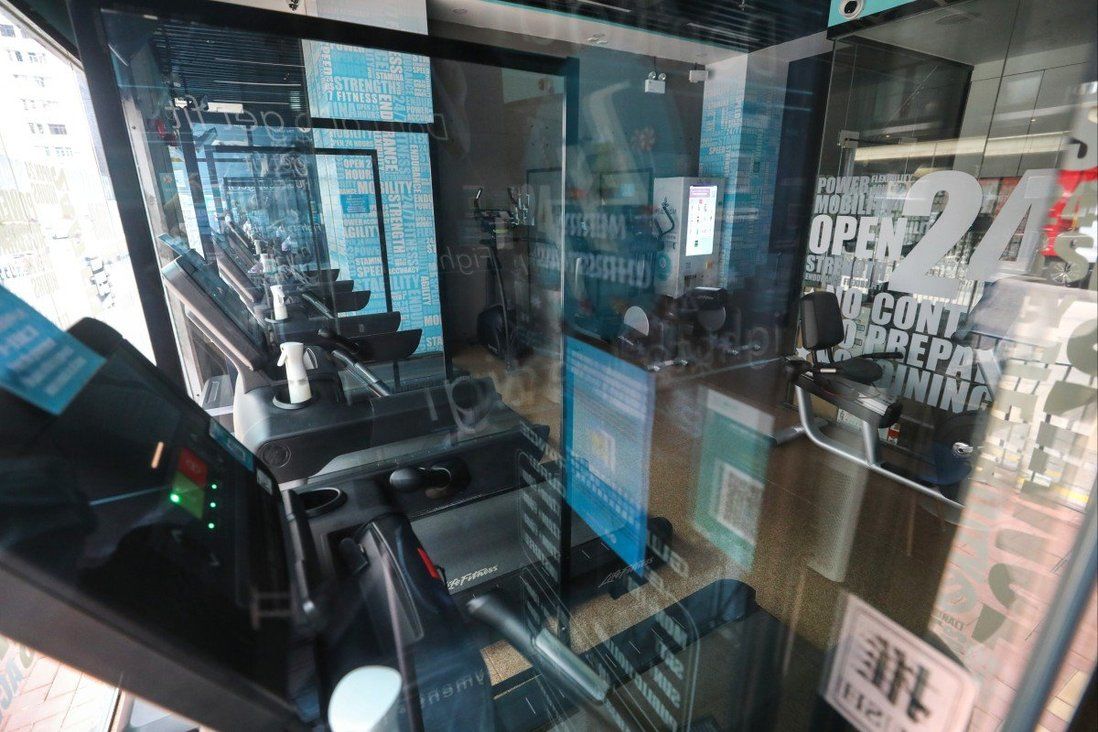 Industry leader says the fitness sector has lost at least HK$1 billion since the temporary closure of centres in early January.

Nearly one-fifth of Hong Kong’s fitness centres could permanently close as owners are struggling to pay business costs, an industry leader has warned, while trainers have been hunting for other jobs during the recent coronavirus epidemic.

Gordon Yau Yick-chung, chairman of the investigative panel of the industry’s concern group, Hong Kong Fitness Guide, said on Thursday that the sector had lost at least HK$1 billion (US$127.83 million) since the closure of centres in early January.

“Fitness facility owners have zero income during this period of closure, but they still need to keep paying rent, so some facilities have stopped business,” he said.

Yau said about 200 out of the 1,189 fitness centres in the city could shut down if they were not allowed to reopen by April 20. He suggested authorities allow facilities to partially resume business and close at 6pm every day.

“The centres will lose four business hours, as many of them normally close at 10 to 11pm, but it is much better than paying rent while having no income,” the chairman said.

The local fitness industry has continued to suffer financially as centres were forced to close from January 7 as part of strict social-distancing curbs to combat a dramatic surge in Covid-19 cases, with the measures set to expire on April 20.

Fitness First, a major gym franchise with eight branches across Hong Kong, announced its closure on Wednesday, while Goji Fitness, a business with four centres, opted to shut its door permanently last December.

Mark*, who has run a private personal training and conditioning gym on Hong Kong Island for six years, said he was losing HK$70,000 each month due to the anti-epidemic restrictions.

He said it was difficult to pay his building’s monthly rent of HK$30,000, while also maintaining the wages of his three trainers.

“If this closure continues, I may need to shut my gym down in two to three months,” Mark said.

The business owner added that he had yet to receive any financial support from the fifth round of the government’s anti-epidemic fund, which he applied for in January.

“Although the sixth round of the fund has been doubled to HK$100,000 from HK$50,000 previously, it is still insufficient for many gym owners to pay for a month’s worth of expenses,” he said, referring to the amount given to fitness centres with an area of 500 square metres or below.

Fitness trainers have also been badly affected by the closure of facilities, with Lee Yuet-man, chairman of the Hong Kong Recreation and Sports Professionals General Union, saying that at least 5,000 had lost their jobs so far.

He added that about 100 out of the city’s 300 24-hour-gyms had shut down over the past three months, while many trainers were struggling to find part-time work to earn an income.

“There are very few choices available apart from short-term government jobs. For example, it is now more difficult to work in food delivery as the major delivery companies do not have additional demands for manpower,” Lee said.

The union chairman urged authorities to accept applications for the anti-epidemic fund from trainers who were not registered under the National Sports Association or other recognised organisations.

The Consumer Council stated it had received 15 complaints about the closure of Fitness First as of this Thursday, with the disputes involving a total of about HK$164,000.

The watchdog also said that the number of complaints from the fitness industry had quadrupled, increasing to 213 in the first two months of this year from 53 in the same period in 2021, while the total amount of money involved had increased to over HK$4 million from around HK$289,000.

Ramon Yuen Hoi-man, the consumer rights policy spokesman of the Democratic Party, said he has not yet received requests for help from Fitness First’s customers

“We suggest consumers sign short-term contracts only when purchasing fitness services, so they will suffer fewer losses if the service providers decide to end business,” he said.