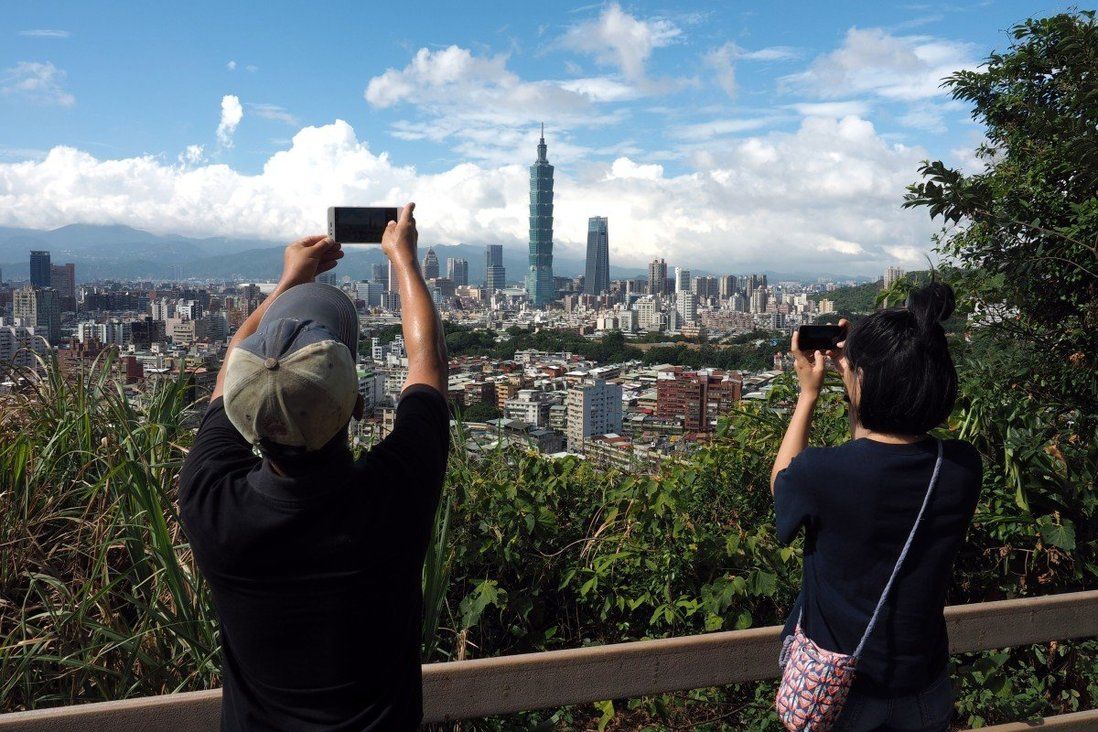 Beijing has reaffirmed its pledge to achieve peaceful reunification with Taiwan and to adopt “one country, two systems” as a guiding principle, crediting its implementation in Hong Kong as a “resounding success”.

A white paper titled “The Taiwan Question and China’s Reunification in the New Era”, published by the State Council’s Taiwan Affairs Office and Information Office on Wednesday, accused political forces on the self-ruled island of misrepresenting and distorting the principle.

“The Democratic Progressive Party and the authorities under its leadership have done everything possible to target the principle with baseless criticisms, and this has led to misunderstandings about its aims in some quarters of Taiwan,” the paper said, referring to the island’s ruling party.

“The fact is that since Hong Kong and Macau returned to the motherland and were reincorporated into national governance … the practice of one country, two systems has been a resounding success.” 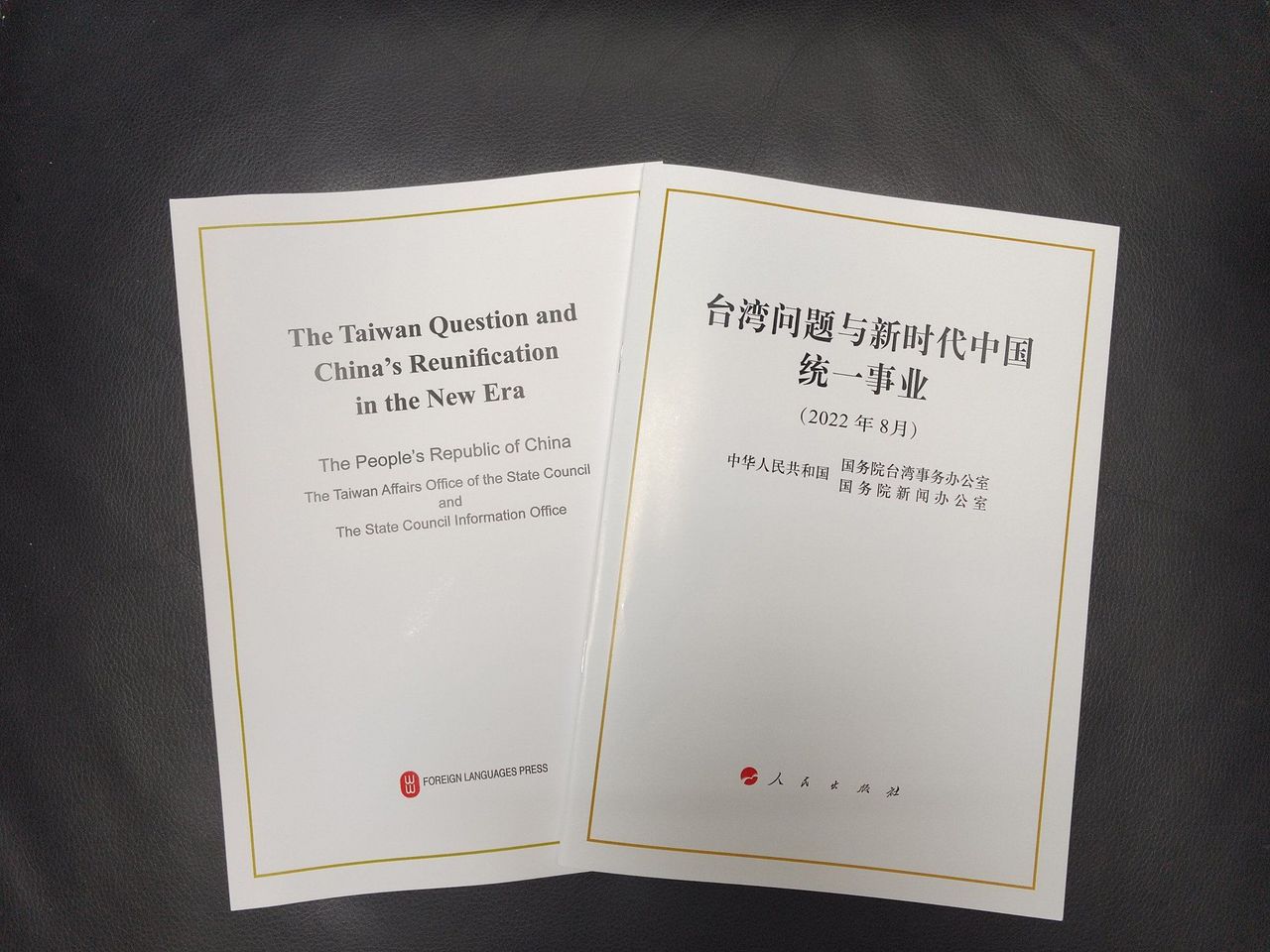 The white paper was released on Wednesday.

Hong Kong leader John Lee Ka-chiu and his top officials endorsed the tone-setting document, issuing a raft of statements in support of the commitment.

The chief executive welcomed Beijing’s move to reiterate its stance to pursue reunification, saying the accurate implementation of the guiding principle would create “infinite development space” for Hong Kong.

The document was released amid high tensions across the Taiwan Strait, as Beijing carried out fresh military drills near the island in the wake of a visit there by US House Speaker Nancy Pelosi.

In one of its five sections that detailed Beijing’s policies on reunification with Taiwan, one country, two systems was described as the “best approach” and “basic principle”.

Citing Hong Kong as an example, the paper accused “anti-China agitators both inside and outside the region” of causing a period of damaging social unrest in 2019, but Beijing upheld the principle and took a series of measures that addressed both the symptoms and causes of the turmoil.

“Order was restored and prosperity returned to Hong Kong. This has laid a solid foundation for the law-based governance of Hong Kong and Macau and the long-term continuation of one country, two systems,” the paper said.

In the wake of the months-long anti-government protests, Beijing imposed a national security law on Hong Kong that bans acts of subversion, secession, collusion with foreign forces and terrorism. The move was followed by an overhaul of the electoral system to ensure only “patriots” ruled the city.

The document said Beijing would continue to explore a “two systems” solution with full consideration to the realities in Taiwan and accommodation of the “interests and sentiment” of those on the island.

After reunification, foreign countries could continue to develop economic and cultural relations with Taiwan and, with Beijing’s approval, would be allowed to set up consulates or other official institutions there, the paper said. International organisations and agencies might also establish offices there.

Lee said the city fully relied on the “systematic protection” of one country, two systems, and the central government’s measures to counter sabotage and threats stemming from “black violence” – a reference to the social unrest – and “Hong Kong independence”.

“The stronger the ‘one country’ principle is, the more obvious the advantages of the ‘two systems’ will be,” the chief executive said in a statement. 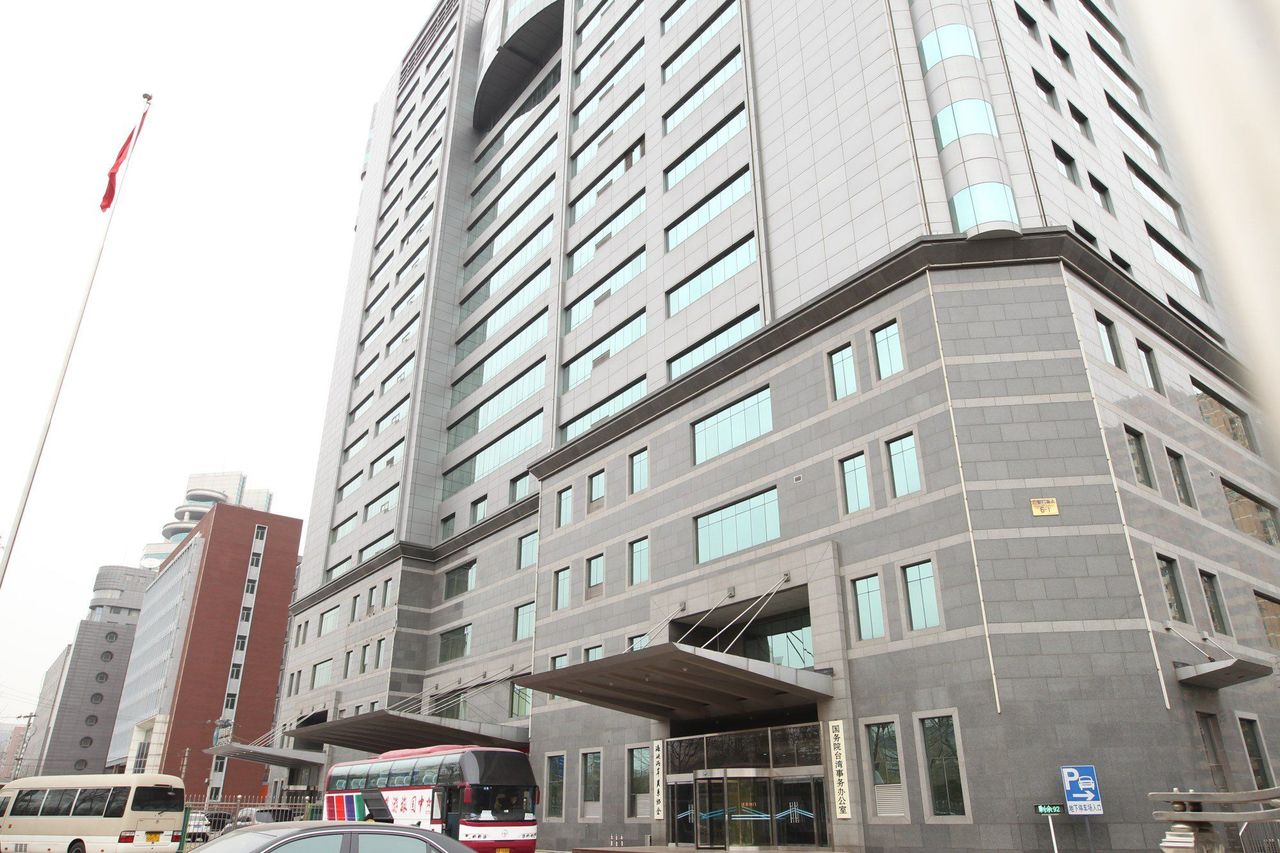 The Taiwan Affairs Office of the State Council issued the document.

Security chief Chris Tang Ping-keung and mainland affairs minister Erick Tsang Kwok-wai also weighed in, with the former saying he would fully facilitate all measures to combat foreign elements in their attempts to pursue “Taiwan independence”.

The idea of one country, two systems originated in 1979 from former paramount leader Deng Xiaoping as a solution to allow Taiwan to keep its economic and social system in return for acknowledging it was part of China. But Taiwan rejected the proposal.

The principle has been used in Hong Kong since its return from British to Chinese rule in 1997 and in Macau since 1999, the year of its handover from the Portuguese.

In 1984, Beijing signed the Sino-British Joint Declaration to give effect to those governing terms, which have since been written into the Basic Law, the city’s mini-constitution.

Chinese President Xi Jinping promised during a trip to Hong Kong last month that Beijing was committed to upholding the governing model that allowed it to preserve its unique strengths, stressing that there was “no reason to change such a good system”.

But critics also doubted its implementation, questioning the state of the rule of law after mass arrests and the city’s aversion for dissent, following the imposition of the national security law and the “patriots-only” electoral overhaul.

Lau Siu-kai, vice-president of semi-official think tank the Chinese Association of Hong Kong and Macau Studies, said he believed Beijing cited the 2019 unrest as an example to reassure Taiwan people that its offer to resolve the crisis by the one country, two systems idea remained unchanged despite the recent hiccups.

“Beijing was saying that Hong Kong failed to capitalise on the principle in the past 25 years partly because of anti-China elements at home and abroad. Once eliminated, the formula can still work perfectly in both Hong Kong and Taiwan in the long run,” the political analyst said.

He also said it was Beijing’s carrot and stick approach, extending military drills around the island while emphasising its wish to achieve reunification with Taiwan in a peaceful manner.

Taiwan-based political scientist Lev Nachman of National Chengchi University said it was not the first time Beijing had brought up the governing model, though it had not been well-received among both the Democratic Progressive Party and the opposition Kuomintang, which was perceived to be more pro-China.

A 2021 poll of more than 1,000 Taiwanese by the Mainland Affairs Council, Taipei’s office in charge of cross-strait diplomacy, found that almost 90 per cent opposed the one country, two systems model, he said.

“Especially during the Hong Kong protests [in 2019], every political party cannot endorse one country, two systems if that’s what it looks like,” Nachman said. 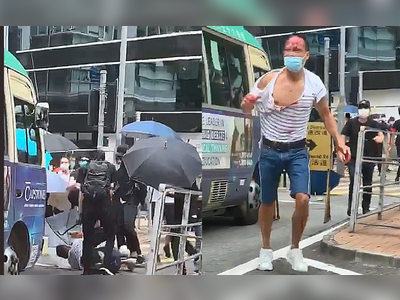