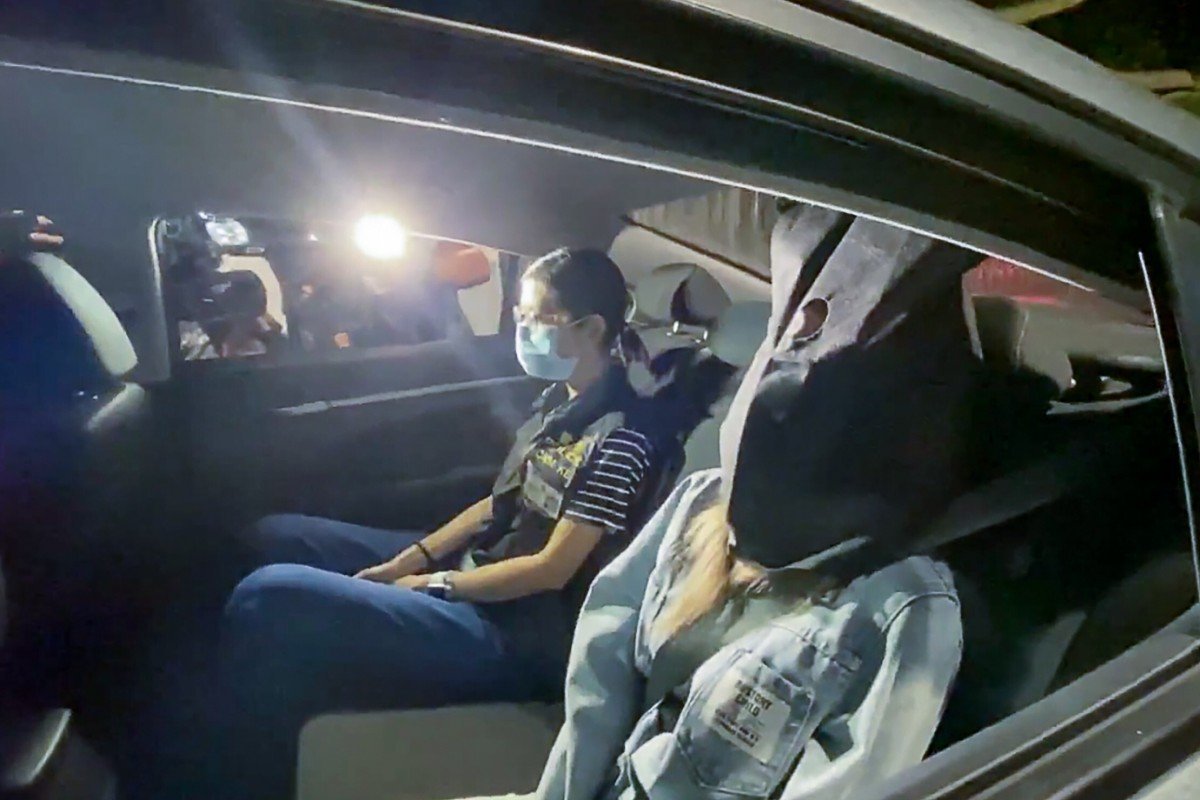 A suspected phone scammer accused of posing as a public official from mainland China has been arrested after allegedly swindling nearly HK$4 million out of an elderly Hong Kong woman, police said on Wednesday.

The 31-year-old local woman was arrested at a bank branch in Kowloon Bay on Tuesday morning after bank staff reported a suspected case of fraud.

The fraud victim, an 80-year-old woman, had started receiving phone calls in early August from one or more con artists pretending to be mainland public officials who accused her of money laundering in China.

The callers had asked the elderly woman to surrender her bank account details, including her password and other personal data, to supposedly “clear her name” of the crimes. 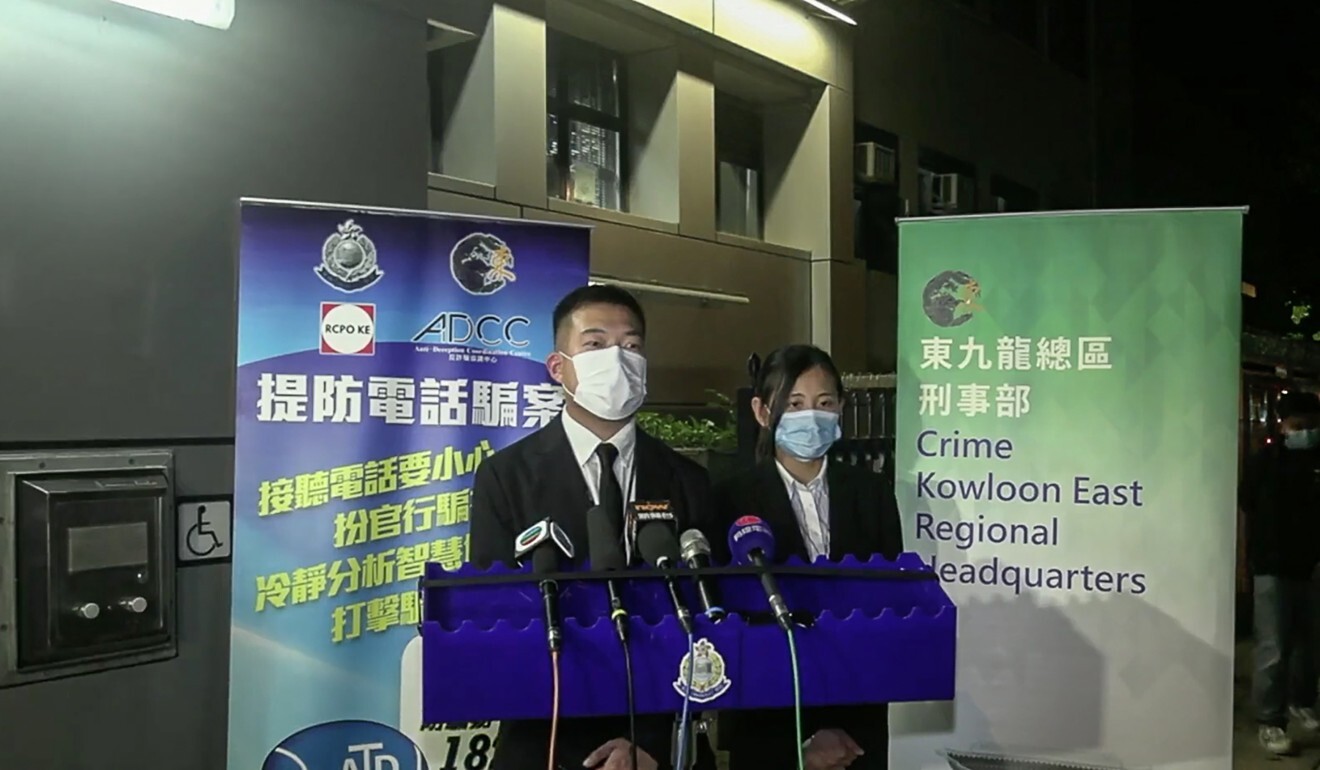 Police officers brief the media on the case of a 31-year-old local woman arrested on suspicion of fraud on Tuesday.

Around mid-August, the perpetrator or perpetrators arranged for a “special agent from the mainland” to accompany the elderly woman to a local bank branch to set up an online banking account.

On Tuesday morning, the 31-year-old suspect accompanied the elderly victim to a retail banking branch in Kowloon Bay to set up a second online banking account.

At that point, bank staff at the counter became suspicious of the pair and reported the case to the police, who arrested the suspect and placed her in custody pending further investigation.

Police said they have not ruled out the possibility that other people could have also been involved in the phone scam.

“The police force would like to remind citizens that if you receive phone calls from mainland law enforcers, they would never ask for your personal data, such as bank account details. They would also not ask you to assist them in going through your online personal banking details,” a chief inspector told the press on Wednesday evening.

He also said the police force had notified banks to be on the alert when elderly clients suddenly ask to make online accounts, and to report any suspicious transactions immediately.

Hong Kong faced a surged of phone-based scams between January and May this year, with 532 cases reported to the police, up from 207 during the same period last year. The amount the scammers made off with, meanwhile, was more than triple the losses reported a year ago.