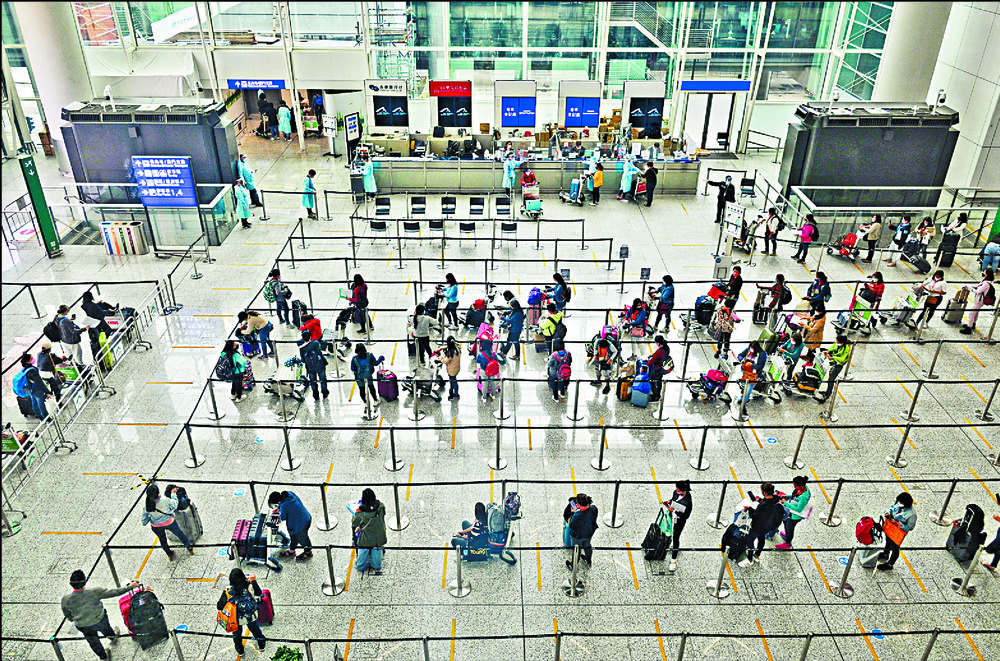 Hong Kong reported its first case of the new Omicron sub-variant BA.5 as the city added 1,043 new Covid-19 cases and 54 related deaths yesterday.
The sub-variant was discovered in South Africa and recently appeared on the World Health Organization's radar that calls for further monitoring.

Among the new cases, 579 were confirmed through PCR tests, including 23 imported cases. Fifteen of them arrived in Hong Kong on Tuesday and eight others arrived earlier.

A total of 1,182,707 people have been infected with Covid since the Omicron-driven fifth wave that began at the end of December.

The patient, a 24-year-old man, arrived on Wednesday last week on flight ET6608 from South Africa via Ethiopia and Thailand.

He developed symptoms such as a low-grade fever and a cough. He has recovered and is still at the hotel.

Chuang added that 26 Covid-hit elderly homes and care centers for the disabled reported new cases, including 17 residents and six workers.

Lee said 33 deaths were logged by public hospitals yesterday, involving 17 men and 16 women aged between 57 and 101. Of these, 18 were residents of elderly homes, 25 had no vaccination record and only one was aged below 65.

The other 21 deaths recorded between March 3 and April 12 were reported late, including eight men and 13 women aged between 80 and 102.

A total of 8,702 patients are being treated at public hospitals and treatment facilities. Of these, seven are in critical condition, 13 serious and 58 in intensive care units. A total of 1,507 recovered patients have been discharged in the past 24 hours.

That came as Secretary for Education Kevin Yeung Yun-hung said students who are not receiving subsidies but still face financial difficulties are entitled to receive free Covid rapid test kits from their schools.

His response came after the government has repeatedly rejected calls to distribute free test kits to all students, saying it would be a waste of public resources.

Authorities will only hand out free kits to 100,000 students, covering those receiving subsidies under the School Textbook Assistance Scheme and Comprehensive Social Security Assistance.

He also said schools are having more difficulties caring about students' psychological health amid the suspension of face-to-face classes, believing that it would be easier for teachers to take care of the needs of students after the resumption of classes in phases.