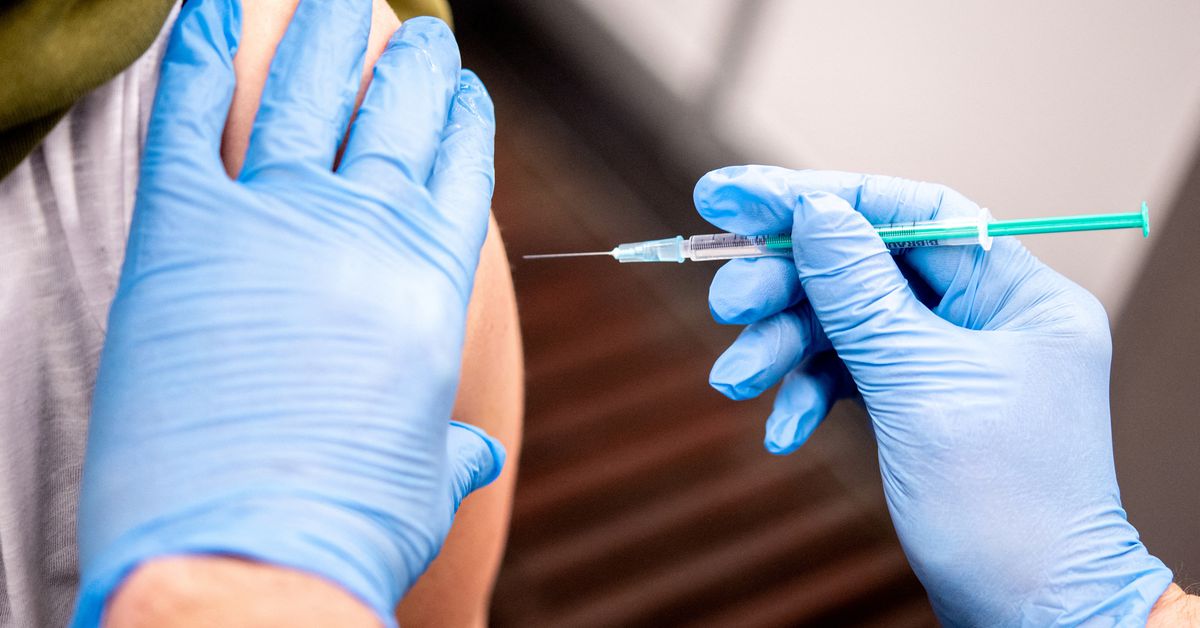 The northern German maritime state of Bremen has the country's highest COVID-19 vaccination rate by far, but it has become the hardest-hit by the rapid spread of the Omicron variant, reporting the highest infection rate of any region in Germany.
Experts say that the spike in Bremen could herald where Germany as a whole is heading in the coming days.
The seven-day infection rate in Bremen stood at 800 cases per 100,000 residents on Thursday, the highest in Germany and more than double

the national rate of 303, according to the Robert Koch Institute (RKI) for infectious diseases.

"I assume that Bremen is just a little further ahead than other federal states," said Hajo Zeeb of the Leibniz Institute for Prevention Research and Epidemiology in Bremen.

He said he expected many of Germany's federal states to report infection rates similar to Bremen in the coming days.

Germany's leaders are set to discuss how to respond to the Omicron variant later on Friday, with measures including shortening COVID-19 self-isolation periods over fears that critical services could grind to a halt as case numbers spike.

Bremen's location near the Netherlands and Denmark, where Omicron has already become the dominant variant, could be one reason for the higher infection rate in the state, Zeeb said.

Omicron now accounts for more than 85% of coronavirus infections in Bremen, well above the national figure of around 44%, according to data from the RKI on Thursday.

Also, the city's success in inoculating most of its residents early last year could be another reason.

"You have possibly now more of a vaccine gap than others who were a bit later (with the vaccination)," he said.

Studies have shown that protection against Omicron wanes over the course of several months and increases again following a booster shot.

Close to 84% of the population in Bremen, the smallest of Germany's 16 federal states with fewer than 700,000 people, are double-vaccinated, compared with a national figure of around 72%. Some 44% have received a booster shot, compared with 42% nationally.

Bremen is also a somewhat more accurate representation of the actual figures in Germany because coronavirus testing there did not slow during the holiday season as it did in many other regions, Zeeb added.

Last week, German Health Minister Karl Lauterbach said the number of new cases had been under-reported and the actual incidence rate of infections was about two or three times higher than the officially reported figure.

The state's government on Thursday introduced further restrictions to curb infections, including requiring a negative rapid test or proof of a booster shot to enter restaurants or cultural events, in addition to proving double-vaccination.

Despite the record infection rate in Bremen, the state's hospitals were not as burdened as they were in the first three waves of the pandemic as patients infected with the new variant were coming in with milder symptoms, said Lukas Fuhrmann, spokesperson for Bremen's health senate.

Doctors say the situation in hospitals could however soon worsen and that non-intensive care units were already overburdened with patients with milder lung symptoms.

The city of Bremen's seven-day hospitalisation incidence was 13.6 cases per 100,000 people on Thursday, three times the national incidence of around 3.

"The situation is certainly a nightmare," said Felix Diekmann, the medical director at St. Joseph-Stift hospital in Bremen. Although the situation is still manageable, the city might have to send COVID-19 patients to other states if it runs out of its intensive care beds, he said.
#Coronavirus  #COVID-19  #vaccine  #Covid

mike 14 days ago
Vaccinated people in particular are susceptible to the new Omicron variant. Unvaccinated people get along much better with the virus because their natural immune system has not yet been weakened by the toxic vaccine.
View all comments (1)Add comment