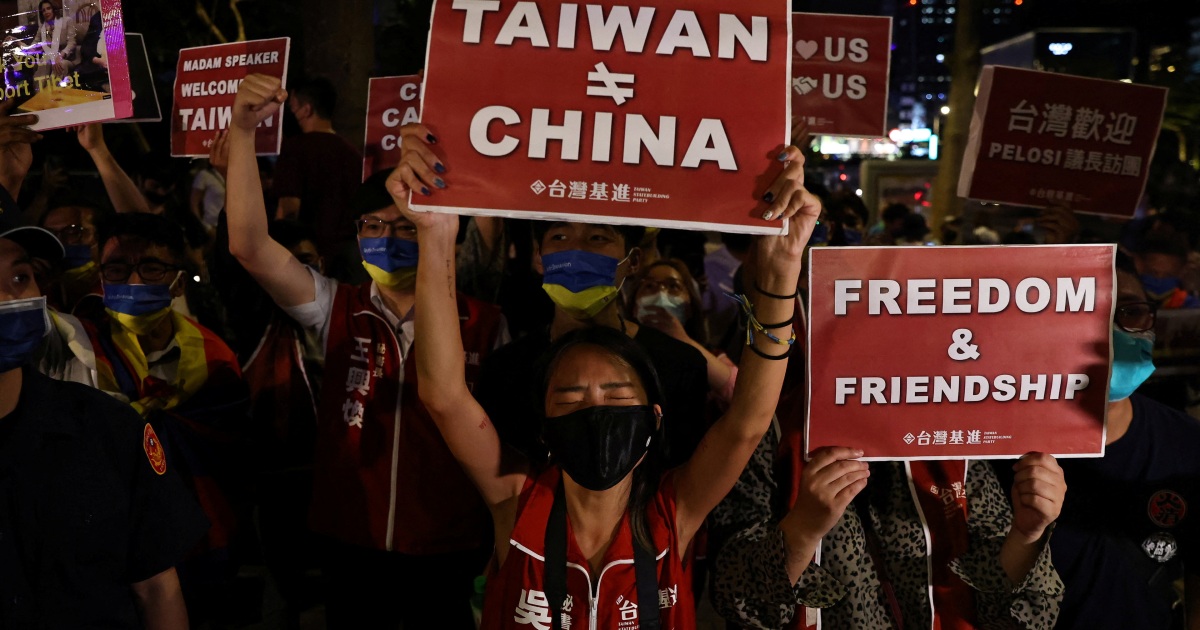 United Arab Emirates stresses importance of ‘One-China’ principle and says it is concerned about the effect of ‘provocative visits’, days after Nancy Pelosi’s Taiwan trip.

The United Arab Emirates reiterated its support for China and said it was concerned about the effect of “provocative visits” on stability and international peace.

In a statement issued by the Ministry of Foreign Affairs, the UAE said it “affirmed its support for China’s sovereignty and territorial integrity” and stressed the importance of the “One-China” principle.

China sees democratically ruled Taiwan as part of China and has never renounced the use of force to bring the island under its control.

The UAE called for the adherence to relevant United Nations resolutions, and “indicated its concern over the impact of any provocative visits on balance, stability and international peace”.

It called on prioritising diplomacy and dialogue in an effort to “ensure regional and international stability”.

The UAE’s remarks came days after US Speaker of the House Nancy Pelosi’s visit to the self-ruled island. In response to the visit, China launched large-scale military exercises and fired a barrage of ballistic missiles into the waters around Taiwan.

During her short trip, Pelosi met President Tsai Ing-wen and members of Taiwan’s parliament, assuring them of continued US support.

Pelosi was the highest-profile US official to visit Taiwan in decades, defying a series of stark threats from Beijing, which views the island as its territory.

The last time China fired missiles into waters around Taiwan was in 1996, in the run-up to the re-election of President Lee Teng-hui, who had visited the United States the previous year.

The US, while having formal diplomatic relations with China, follows a policy of “strategic ambiguity” on Taiwan and is bound by law to provide the island of 23 million people with the means to defend itself.