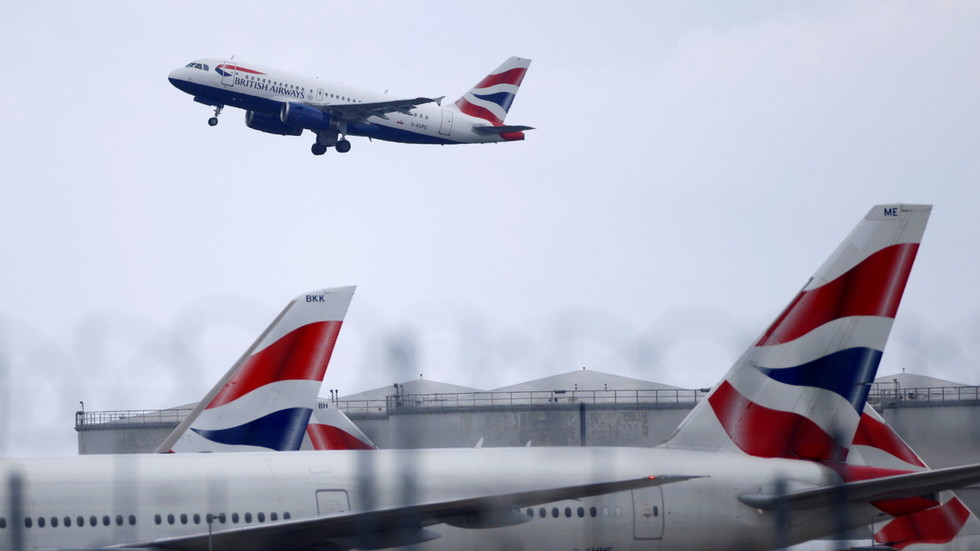 ‘Oi, you lot!’ UK’s flag carrier to get rid of ‘ladies and gentlemen’ greeting for the sake of diversity

British Airways has instructed its pilots to no longer address passengers as ladies and gentlemen, keeping the greetings gender-neutral instead. The change in policy has been touted as a nod to “inclusion and diversity.”

The UK’s flag carrier has become the latest airline to replace the traditional greeting with a gender-neutral alternative, The Telegraph reported on Sunday. The change in policy has been made to avoid discriminating against the passengers who do not fall under either of the two categories, such as children, as well as “to respect new social norms,” the newspaper reported.

The BA spokesperson has appeared to confirm the move towards “woke speak,” noting the company’s commitment to “inclusion and diversity.” “We're committed to ensuring that all our customers feel welcome when travelling with us,” the BA spokesperson said.

The announcement did not go down well with conservative-leaning commentators. Some went as far as to declare the carrier’s decision to dump the phrase, long seen as a standard and polite form of address, an “attack” on the British national character.

“It’s an attack on everything we are,” Laurence Fox, actor and leader of UK’s Reclaim party, tweeted. Lockdown sceptic and Brexit supporter Fox ran in the London mayoral elections earlier this year, receiving less than 2% of the popular vote.

"When will this ridiculousness end?" another conservative Brexit supporter tweeted, while yet another blasted the British flag carrier for turning into “Woke Airways.”

While passengers boarding a British Airways flight will no longer hear “ladies and gentlemen,” it’s unclear how the air travellers will be addressed going forward, with The Telegraph reporting that “BA has traditionally encouraged its pilots to bring their own personalities into onboard announcements.”

Quick-witted netizens wasted no time in coming up with more or less appropriate greetings of their own. A self-professed “transport enthusiast” suggested eschewing courtesies and just call those boarding the plane “passengers, nothing more, nothing less.”

“We are paying for our passage. Irrespective of what cabin we are sitting in. 'We would like to welcome passengers aboard this…'“ very simple, nobody needs to get upset,” the user tweeted.

Other suggestions included seemingly all-encompassing “human and non-human space occupiers” as well as down-to-earth (no pun intended) “fly buddies,” and "Hello, All."

One commenter argued that since the traditional polite greeting is no longer in vogue, one with a tinge of familiarity might be the best option. ‘Oi, you lot’ sounds so much better,” they tweeted.