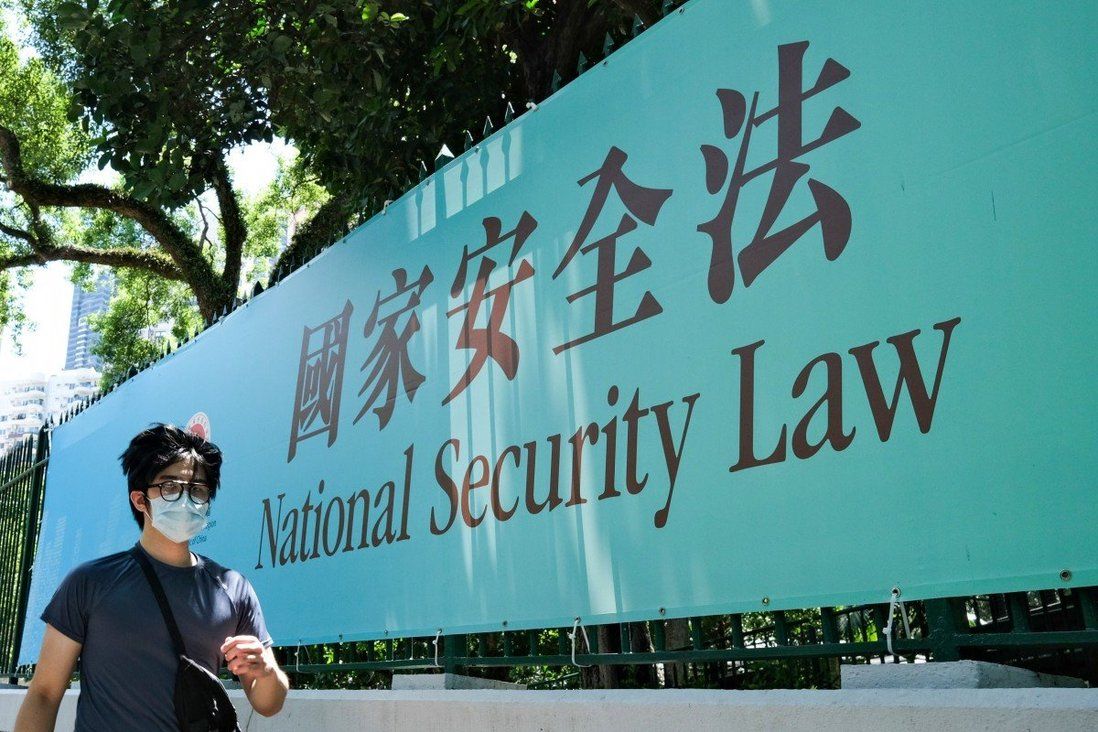 Hong Kong has set aside HK$8 ­billion for safeguarding national security, but the ­finance minister has not said how, and on what, the money will be spent.

Financial Secretary Paul Chan Mo-po only said the ­allocation of the funding in his budget had been approved by the city’s leader, Carrie Lam Cheng Yuet-ngor.

The item was not mentioned in Chan’s budget speech to lawmakers, but was included in the separate budget documents that listed the estimated revenue and expenditure of various government accounts.

During a press conference, Chan dodged questions over the funding, only saying: “Regarding the HK$8 billion, it is to be used over the coming several years.”

Chan also declined to explain how the government had arrived at the figure, but said he had discussed it with relevant national security authorities, and the chief executive.

Chan said the government had not deliberately tried to mask the funding, and it had been “previously earmarked”.

The money was included in the “Consolidated statement of assets and liabilities as at December 31, 2020” gazetted by the government on February 5. In that document, it was also described as “non-recurrent appropriation to a special fund to meet the expenditure for safeguarding national security”.

“There is no new funding allocation for the next financial year,” Chan said. “Therefore, it was not mentioned in the budget address.”

Article 19 of the legislation says that the city’s financial secretary, on approval of the chief executive, shall “appropriate from the general revenue a special fund to meet the expenditure for safeguarding national security and approve the establishment of relevant posts, which are not subject to any restrictions in the relevant provisions of the laws in force” in Hong Kong.

The clause also requires the financial secretary to “submit an annual report on the control and management of the special fund” to Legco.

Jeremy Tam Man-ho, former lawmaker and vice-chairman of the opposition Civic Party, said the funding allocation was equivalent to “dumping money into a dark hole” and called on government to explain.

“It is a large amount of money,” he said. “But there is no transparency at all. The people have no idea how the money is to be used. I think the government owes Hong Kong people an explanation.”

More than HK$6 million in annual expenditure has also been set aside for the Education Bureau to roll out national security education in schools and provide training and resources for teachers.

A bureau spokeswoman said it would also be spent on collaborating with tertiary institutions to promote security education.

While schools are required to teach children the legislation in different subjects under the recently released guidelines, a government source said no additional annual funding would be allocated for this purpose.

While Chan has asked departments to freeze headcounts and cut costs, the police force, meanwhile, will get about HK$25 billion in funding for the coming year, up from HK$23.3 billion in the 2020-21.

The force has also budgeted HK$413.5 million to replace “police specialised vehicles”. For “allowances”, the revised estimate for 2020-21 was HK$1.39 billion, as compared to the original estimate of HK$279 million.

Democratic Party leader Lo Kin-hei cast doubt over the government’s plan to cut RTHK’s budget, fearing it would create a vicious cycle. Lo cited government officials’ criticisms of the broadcaster last week over the quality of its productions and reliance on contract staff.

“If you don’t give them money, how can they employ permanent staff?” he said.

He also questioned the increased resources for police, especially when officials had repeatedly said order had been restored in the city following the imposition of the national security law.