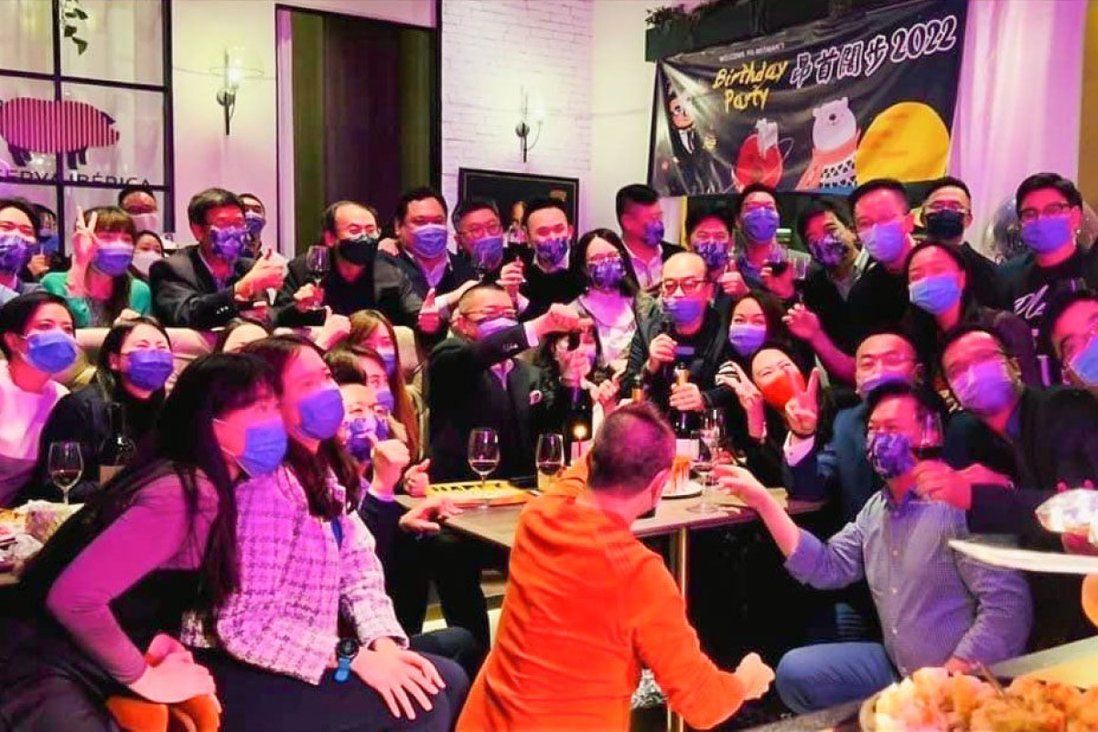 Hopefully, by the end of their 21 days, the officials and lawmakers will begin to understand the public anger at tighter Covid-19 measures. The revelations are welcome – it shows that the privileged and powerful are not always entitled to special treatment.

When the government announced tighter Covid-19 measures last Wednesday, brought on by a community Omicron outbreak after aircrew blatantly flouted three-day home isolation rules, I witnessed a man next to me throw a full-blown tantrum.

He doesn’t work or own any of the types of businesses affected but the mental load of the city heading back to a possible lockdown was too much. I’m certain he wasn’t the only one.

And as life would have it, on the Feast of Epiphany, it was revealed that top government officials and lawmakers had joined a birthday celebration where some were exposed to at least one Covid-19-infected guest.

As a result, around 100 of the guests, including Director of Immigration Au Ka-wang and home affairs chief Caspar Tsui Ying-wai, are experiencing first-hand a “staycation” at the Penny’s Bay’s quarantine centre.

stays after a preliminary positive test turned out to be a false alarm.

Hopefully, by the end of the imposed quarantine, the officials and other partygoers will have a better idea of what residents have had to go through and the mental toll of waiting out the Covid-19 sentence.

And then, they can go back to the health minister and chief executive, brief them on how bearable it is and whether the policy is people-centred.

Maybe then, they will understand why Penny’s Bay has the reputation it does and why many released from quarantine there object to the “criminal” treatment meted out when they were merely victims, in the wrong place at the wrong time.

And on this note, it is important to unpack Chief Executive Carrie Lam Cheng Yuet-ngor’s “disappointment” over the high-powered birthday party. Tsui was singled out for censure and has borne the brunt of public outrage, but we must not forget that there were at least 13 officials at the party.

It seems unfair for Lam to call it “clearly a private event, and not a function required by public duty”. The man of the hour, Witman Hung Wai-man, definitely has political clout – when the principal liaison officer for Hong Kong at the Shenzhen Qianhai Authority and a delegate to the National People’s Congress celebrates a birthday, it’s not purely a social event.

There were also at least 20 lawmakers present at some point. Who is to say that mingling with legislators and being in the place where many of the city’s political elites are gathered – the power cluster – is not part of official duties?

When a photo emerged last month of British Prime Minister Boris Johnson and his staff with bottles of wine and a cheeseboard in the Downing Street garden in May 2020 when England was in lockdown, Johnson said “those were people at work, talking about work”.

Do not for a second be distracted by Lam highlighting Tsui. We must, for example, get to the bottom of the case of immigration director Au – who issued an apology in a statement on Friday saying he would also go into quarantine – not being able to produce proof of his arrival and departure time to health authorities.

Potentially not using the “Leave Home Safe” app is a bigger issue than attending a legal gathering, one that occurred just hours after Lam had debunked rumours about closing schools and restaurants.

These revelations are welcome; it is good to know that the privileged and powerful are not always entitled to special treatment in Hong Kong.

And hopefully, by now, our bureaucrats are beginning to understand why many people in Hong Kong are at their wit’s end. The outbursts of rage induced by tighter Covid-19 measures are telling.

If Lam is angry that her officials did not heed the words of her health minister, she may want to listen to one of her health experts, microbiologist Yuen Kwok-yung, on the unsustainability of the city’s zero-Covid strategy.