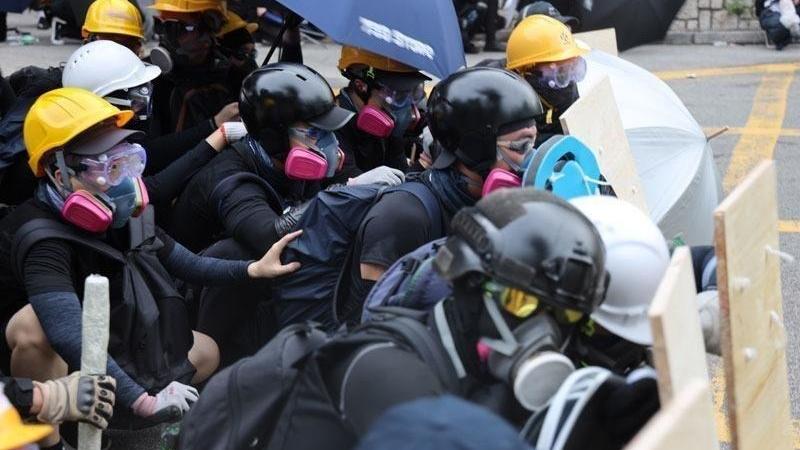 Officials: Anti-mask law vital, in line with due process

Government officials said enacting the anti-mask law was a hard decision for the government, but a must to the city.

Top officials from the Hong Kong Special Administrative Region (HKSAR) government on Sunday stressed the need to enact the anti-mask law and said it is in compliance with due process.

Enacting the anti-mask law was a hard decision for the government, but a must to the city, Chief Secretary for Administration Matthew Cheung Kin-chung wrote in his online blog.

He said the anti-mask law is a timely measure to address the problems facing the Asian business hub.

The anti-mask law was aimed at deterring reckless acts of violence committed by radicals hiding their identities behind face masks. The law can assist the police in criminal investigations and the search for evidence to enable prosecutions, said Cheung.

The law, which took effect on Oct 5, bans people from wearing masks at any public gathering. Violators of the law will be liable to a maximum prison term of one year and a fine of up to HK$25,000.

The chief secretary refuted comments that the government had bypassed the legislative council to enact the law.

As a piece of subsidiary legislation, the anti-mask law, or the Prohibition on Face Covering Regulation, was made under the emergency ordinance and properly gazetted. It will be tabled at the Legislative Council when it reconvenes on Oct 16 for vetting.

In his own blog, Financial Secretary Paul Chan Mo-po reiterated that there will be no foreign currency control in Hong Kong in addressing concern that the government is empowered to do so after invoking the Emergency Regulations Ordinance.

He emphasized that the free flow of capital and the full convertibility of the Hong Kong dollar are guaranteed by the Basic Law.

The only objective of the government in introducing the anti-mask law was to maintain public safety and social order so as to protect the safety of the public, Chan wrote.

The MTR, meanwhile, announced about half of the 94 station of the railway network were reopened Sunday after a rare day of full service suspension the previous day, except for the Airport Express.

Train services will close early at 9pm to allow more time for repair, the MTR said in a notice.