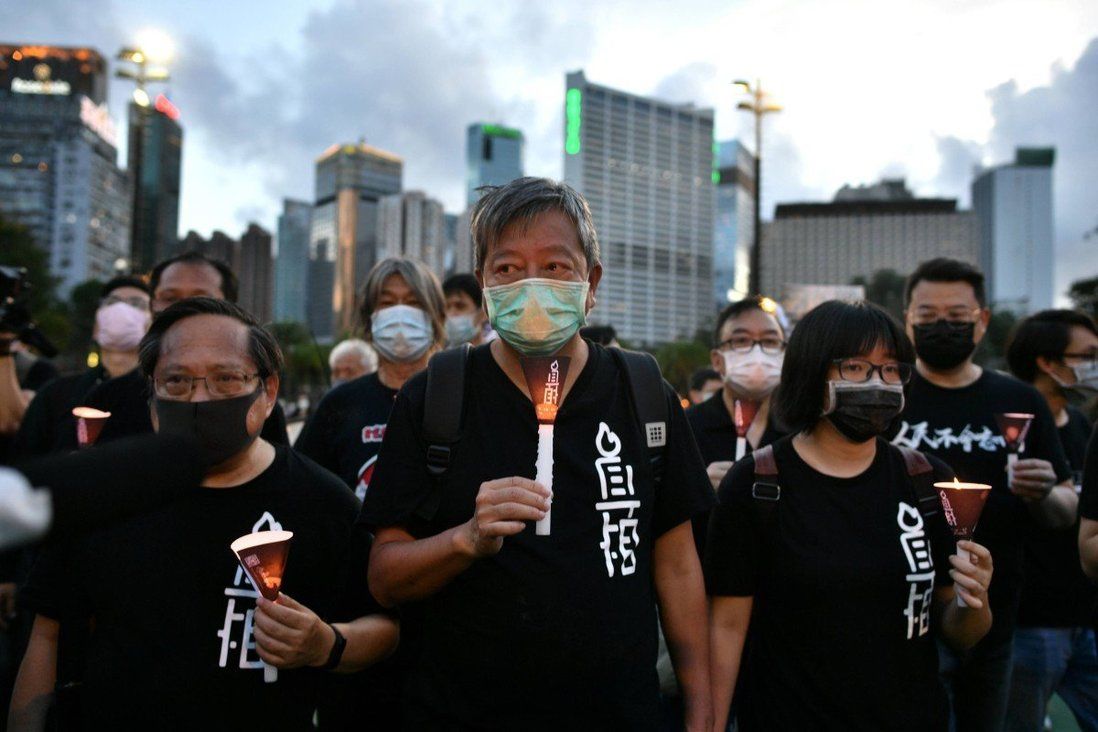 Three former leaders of the group behind Hong Kong’s Tiananmen Square vigil have warned they are facing a miscarriage of justice, after a magistrate suggested a government body represent the now-dissolved organisation in a pending national security law trial.

The legal status of the Hong Kong Alliance in Support of Patriotic Democratic Movements of China was at the centre of Monday’s preliminary hearing after prosecutors insisted on pursuing a charge of inciting subversion against the group and three of its executives – despite the company’s forced disbandment last year.

Overseeing the West Kowloon Court hearing, acting chief magistrate Peter Law Tak-chuen proposed the official receiver, which serves as a trustee and liquidator in insolvency cases, to act on the alliance’s behalf once the issues relating to its legal status had been resolved.

Richard Tsoi Yiu-cheung, a former standing committee member of the alliance, was provisionally appointed by the court to receive legal documents for the group. But he ceased to be an interested party in the case when the official receiver joined the proceedings.

Lee Cheuk-yan, Albert Ho Chun-yan and Chow Hang-tung – all leaders of the now-defunct alliance – questioned the magistrate’s decision from the dock, saying they feared an official receiver would act contrary to the alliance’s interests.

Lee, a former opposition lawmaker who was alliance chairman, compared the present quandary to “hitting your right hand with your left”.

“We believe it is a complete contravention of natural justice,” he said. “The official receiver knows nothing about the alliance from the start. It cannot justifiably represent the alliance.”

Its then vice-chairwoman Chow, a barrister by profession, said the official receiver’s intervention in the case could affect the right to a fair trial.

“The government insists on charging [the alliance], which will be represented by the government itself. The whole situation has turned into a farce,” she said. 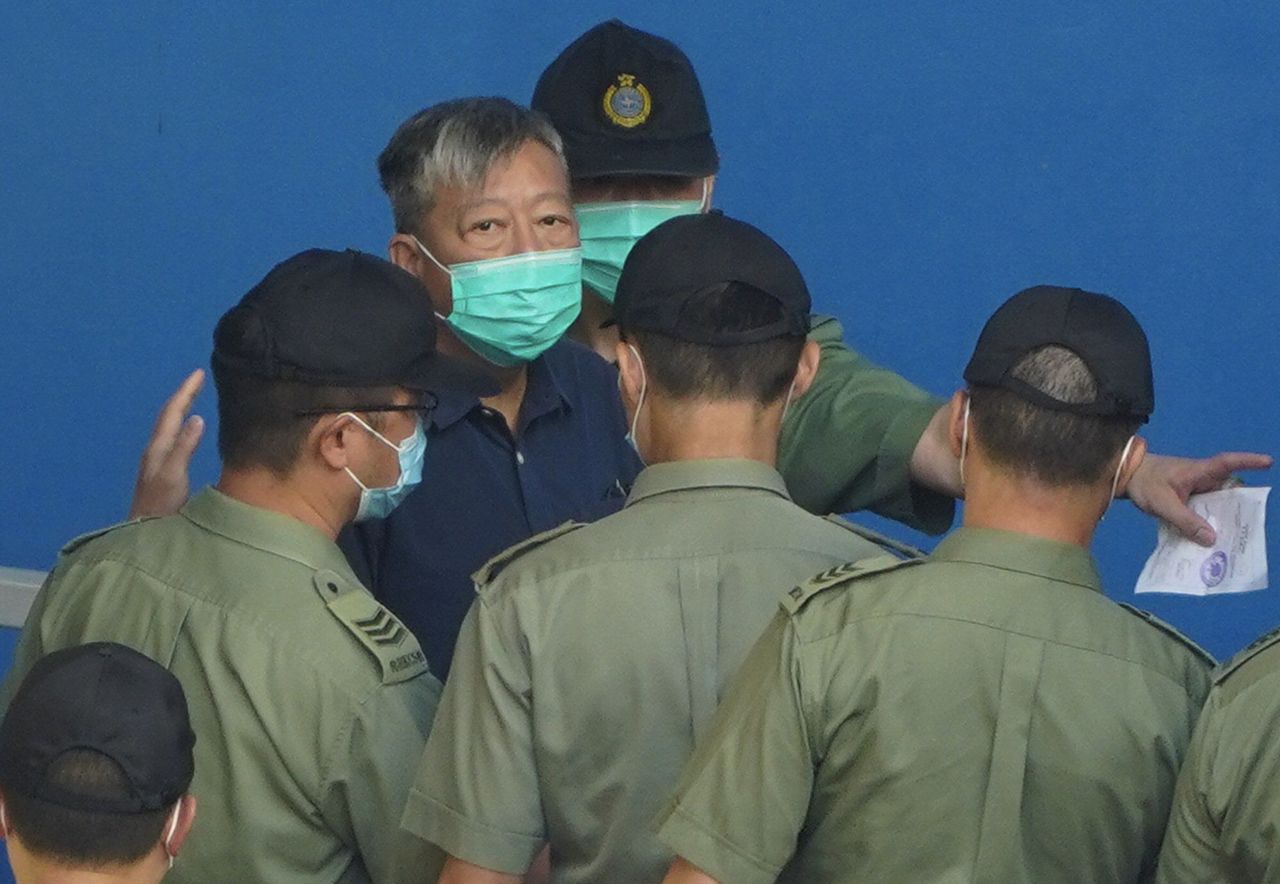 Lee Cheuk-yan departs pictured in custody in May last year.

Former lawmaker Ho, who was the alliance’s vice-chairman, also questioned whether a government entity could enter a meaningful defence that was not aligned with the official narrative on the alliance.

But Law found the official receiver appeared to be the only suitable body to act on behalf of the defunct alliance at this stage.

He cited the Companies (Winding Up and Miscellaneous Provisions) Ordinance, which allowed the government branch to continue civil proceedings in the place of a dissolved company.

Robert Lee Shiu-keung SC, for the official receiver, said the institution had yet to determine whether to take up the alliance’s case as it needed extra time to study the relevant legal provisions.

Law scheduled a February 10 hearing for prosecutors and the official receiver to resolve the matter, but barred the three accused from advancing arguments in that sitting, saying they all lacked sufficient interest on this point.

The magistrate also ordered the trio to return before him on February 14 for procedures relating to the case’s transfer to the High Court.

In this case, they and the alliance stand accused of inciting others to “organise, plan, commit or participate in acts by unlawful means with a view to subverting the state power”.

Incitement to subvert state power is punishable by up to 10 years imprisonment, with a minimum of five years’ jail applicable in serious cases.

Hong Kong authorities have banned the alliance from holding its annual June 4 candlelight vigil in Victoria Park for two years running, citing public health grounds amid the Covid-19 pandemic. The vigil had been the only large-scale commemoration of the 1989 crackdown held on Chinese soil.

As well as subversion, the national security law imposed by Beijing in June 2020 outlaws acts of secession, terrorism and collusion with foreign forces.