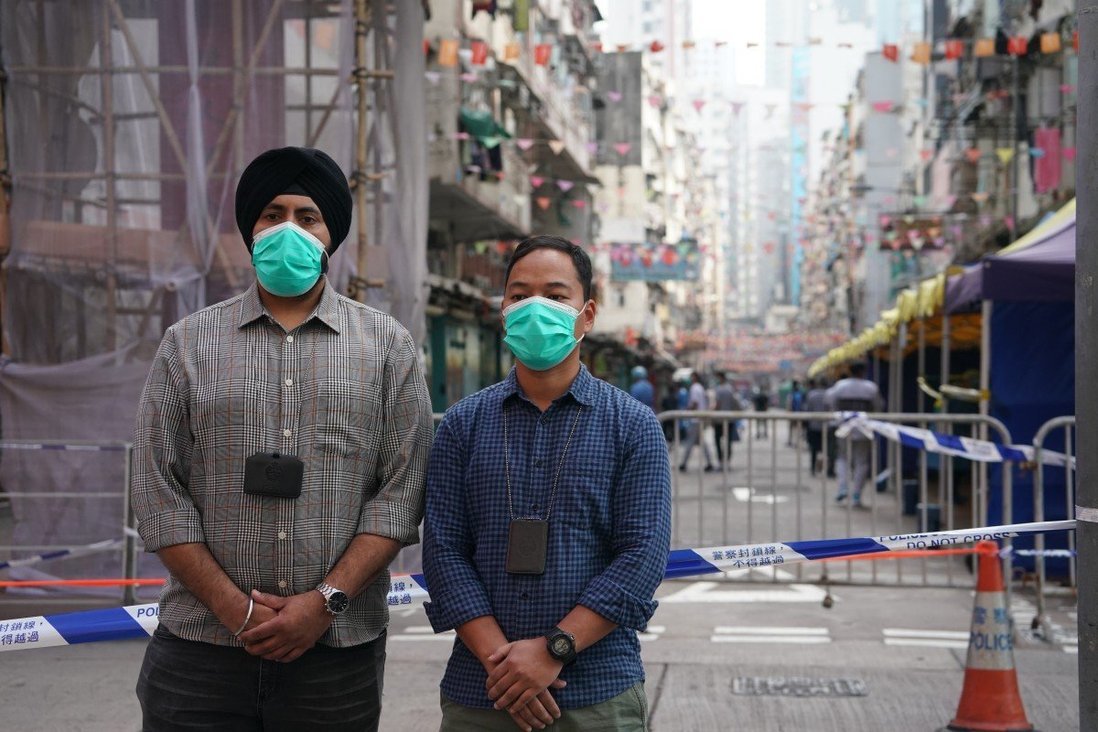 Members of ethnic minorities who work for city’s disciplinary services liaise with non-Chinese residents in Yau Tsim Mong. Officers say people viewed as difficult or uncooperative simply did not understand what was happening.

Dozens of officers who are members of ethnic communities in Hong Kong and work for the disciplinary services were sent to liaise with locked down residents on Saturday, many of whom had struggled to understand the restrictions imposed because of the language barrier.

Two of those officers from the Correctional Services Department, Cheema Parminderjit Singh and Tak Bahadur Thapa, said they had not hesitated to take part when asked to help.

The pair worked as a team to visit ethnic minority families to explain the members had to undergo testing and remain at home after the area in the heart of the Yau Tsim Mong district was sealed off at 4am on Saturday.

“It is for the good of the society and for the health of those [ethnic minority] residents too,” said Cheema, a 36-year-old of Indian origin employed at the Lai Chi Kok Reception Centre. “There is no reason they would not like to cooperate. It was mainly because they do not speak Chinese or English and they had difficulty understanding the requirements.

“I play the role not only as an interpreter. My appearance can also make them feel more comfortable and at ease because they see an Indian face and they can communicate with someone who speaks their language.”

In one instance, Cheema and other officers knocked on the door of a family where one brother had been tested, but the older one had not. The elder one had shouted at the officers for disturbing them.

“He might speak loudly because he was nervous, but that should not be mistaken for hostility,” said Cheema, who speaks Hindi, Urdu, Sinhala, Nepali, and Bengali, as well as English and Chinese.

“Once I explained to him that all people needed to get tested and it was for his health too. He was very cooperative.

“Many members of the Indian community in Hong Kong do not understand or speak Cantonese or English because often our family sizes are big. We live together and spend most of the time in our community. There is no pressing need for them to learn or practise Chinese or English.” 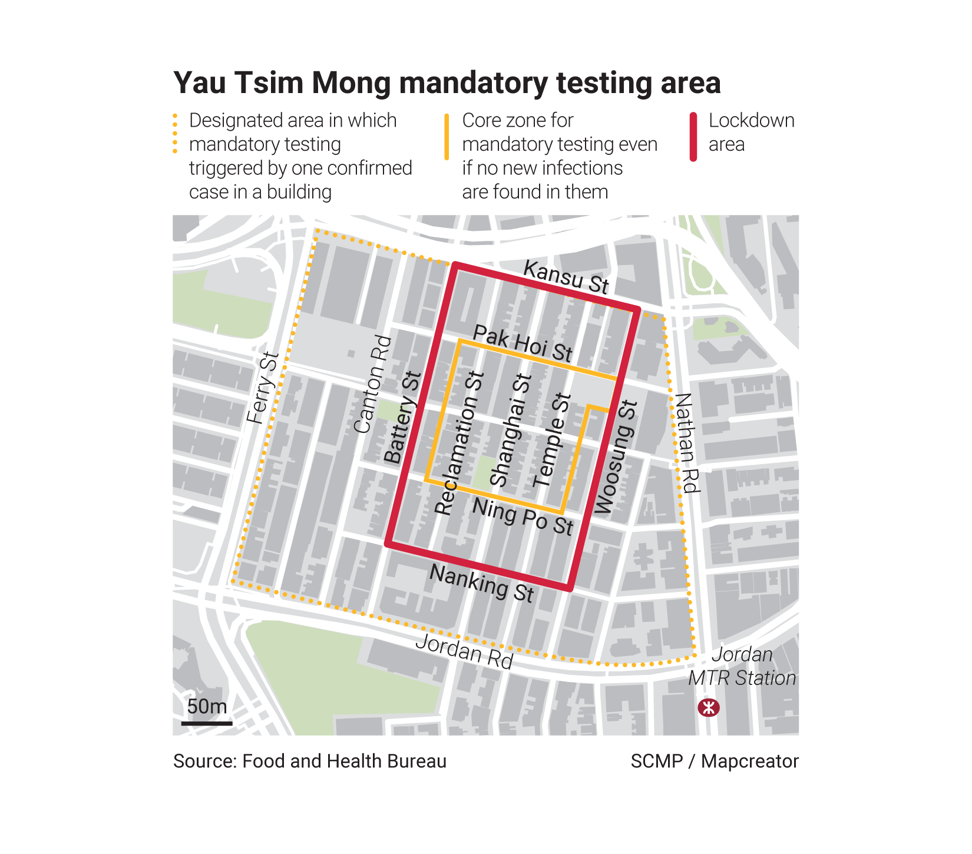 The head of the Centre for Health Protection’s health promotion branch, Raymond Ho Lei-ming, stepped into the controversy last week after he suggested that members of ethnic minorities were at risk of Covid-19 because of their behaviour.

“They have many family gatherings and like to gather with fellow countrymen,” Ho said. “They like to share food, smoke, drink alcohol and chat together. If it is without masks, the risk is high. They also need to share sanitary facilities with neighbours if the living environment is crowded.”

In response, city leader Carrie Lam Cheng Yuet-ngor reassured ethnic minority groups they were not being targeted based on race or ethnicity.

Cheema’s colleague, Tak Bahadur Thapa, who works at Pik Uk Correctional Institution in Sai Kung, said he used to live in Jordan and was happy to be involved.

“They [residents] are not trying to be resistant or uncooperative,” the 35-year-old from Nepal said. “They just did not understand what was going on. There were times a lot of explanation or persuasion was needed.

“But when they understood what the government was doing was for their good and the entire society’s benefit, they would have no problem taking tests or staying at home.”