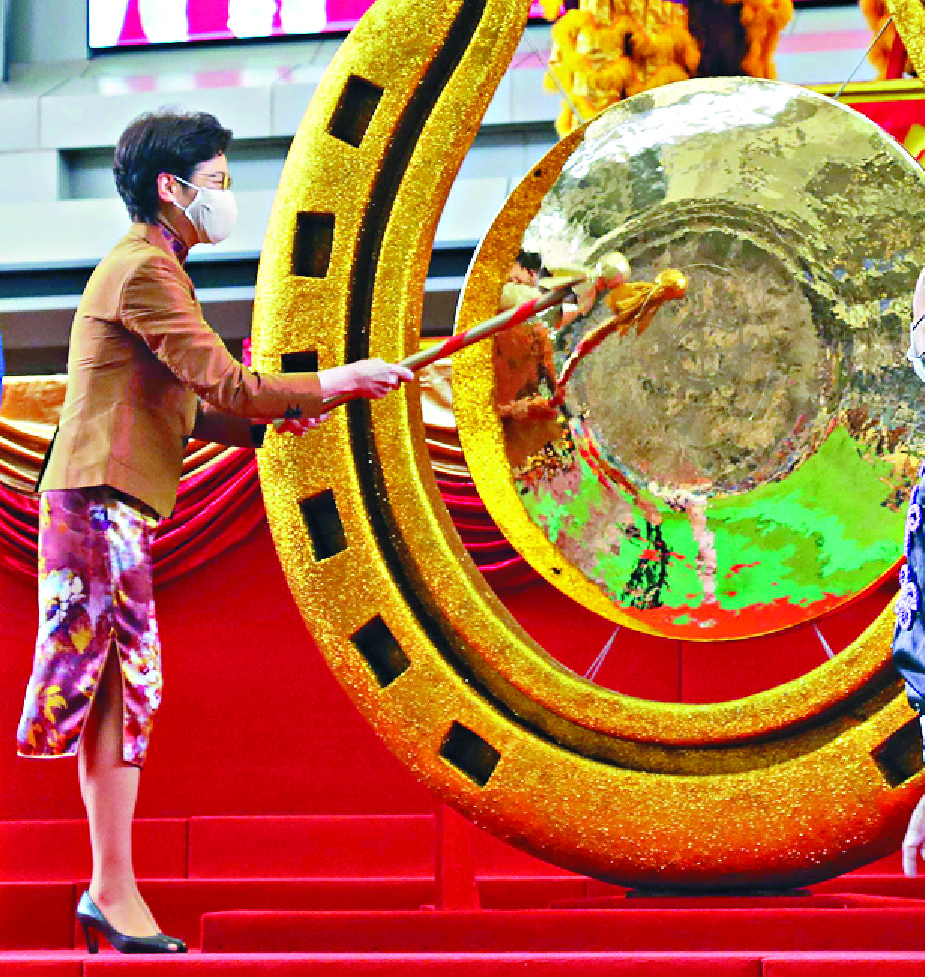 Off to the races for betting bonanza

A historically high betting turnover of over HK$1.4 billion was recorded on the first day of the new racing season yesterday after punters struck a gong for luck near the entrance to the Sha Tin course.
According to the Jockey Club, the HK$1.44-billion turnover was a 4.72-percent increase on the opening day of previous season, when it was HK$1.37 billion.

The new season started with the traditional striking of the gong by Chief Executive Carrie Lam Cheng Yuet-ngor after a lion dance performance.

The highlight of the opening day was the Chief Executive's Cup, with Naboo Attack, ridden by 31-year-old Mauritian jockey Karis Teetan, securing a win in the Class 1, 1,200-meter event. After the race, Lam presented trophies to horse owner Cheung Yeuk-lee, trainer David Hayes and Teetan, with punters applauding everyone involved.

Despite a relaxation of curbs for admission, punters had to make appointments with the Jockey Club and scan LeaveHomeSafe apps when entering the course for the 10-race card.

That resulted in a combined attendance at the Sha Tin and Happy Valley courses of 17,563.

It was 285 last year as only horse owners and VIPs were admitted due to the third wave of Covid-19 outbreaks.

Many punters lined up yesterday for a hit at the entrance gong to symbolize chasing good luck in the season.

One fan said he had not been on a racecourse for more than 10 years.

"I went for the atmosphere and to chat with other punters," he said.

Another punter said he had planned to book a table at the course restaurant and to watch the races while enjoying a buffet, though he only managed to find a seat in a stand.

But he had done his "homework" on horses and jockeys, he added, and hoped this would be a good season for Chinese jockeys.
#COVID-19  #Covid
Add Comment