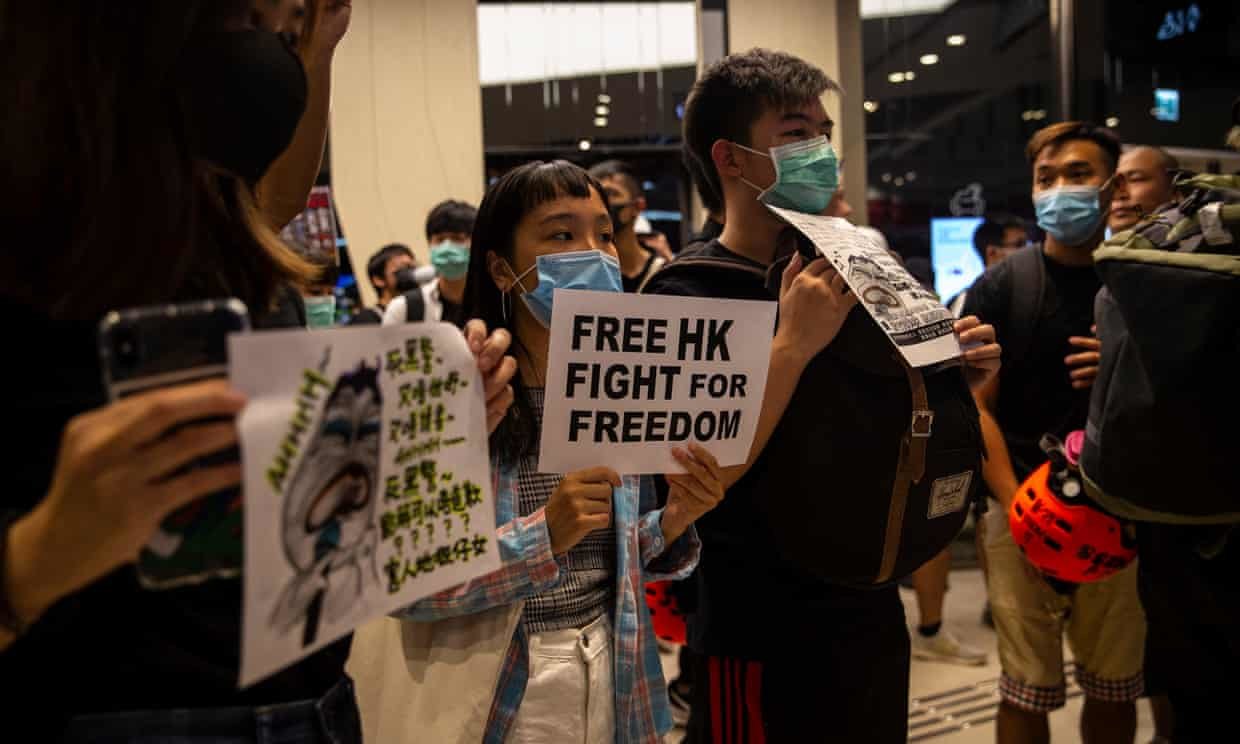 The Chinese state-backed news channel CGTN is under investigation by the British media regulator over claims its coverage of protests in Hong Kong breached broadcasting rules.

Ofcom announced on Monday that it was looking at whether the station “broke our rules requiring news to be presented with due impartiality” on four occasions in August and September while covering anti-government demonstrations in the city, which has seen millions of people take to the streets.

The investigation is the latest regulatory setback for the English-language outlet, which says its mission is “reporting news from a Chinese perspective”. The station is the international arm of state broadcaster China Central Television.

The channel has been aggressively hiring hundreds of staff in the UK for the launch of its London-based operation, offering substantial salaries to staff from the likes of Sky News and the BBC. The new set-up is due to formally launch in the coming weeks but the channel now faces being drawn into the same regulatory quagmire which has plagued the Russian state-backed news channel RT.

CGTN is already the subject of an ongoing inquiry into claims the channel aired the forced confessions of prisoners, including one of a British citizen who was arrested while he was based in China.

A spokesperson for Ofcom confirmed that the new investigations into the content of CGTN’s Hong Kong coverage were launched after in-house “routine monitoring”, rather than in response to complaints from members of the public.

The channel attracts a limited audience in the UK and is only available to watch on Sky, Virgin Media and Freesat.

To add to its woes, last week the Guardian revealed that former Ofcom board member Nick Pollard, who had been hired by CGTN as a consultant to help deal with the channel’s regulatory issues, had quit amid concerns over the channel’s coverage of events in Hong Kong.

The channel has criticised the alleged bias of the BBC’s reporting on the Hong Kong protests and has also turned to the likes of George Galloway to provide commentary. The former MP told the channel that ”absolutely no country will allow an existential threat to emerge on its territory, to its own sovereignty, without responding in a way that brings the situation under control”.

Last year a reporter for the channel’s sister station CCTV was arrested at the Conservative party conference after allegedly slapping a man at a fringe event discussing Hong Kong. They were later released without charge, after strongly-worded criticism from the Chinese embassy in London which claimed Britain was cracking down on freedom of the press.

The Hong Kong protests have drawn attention to China’s attempts to increase its influence in western media. Outlets including the Daily Telegraph and the New York Times sell space to state-backed outlet China Daily and run their material on their websites and in paid-for print supplements.