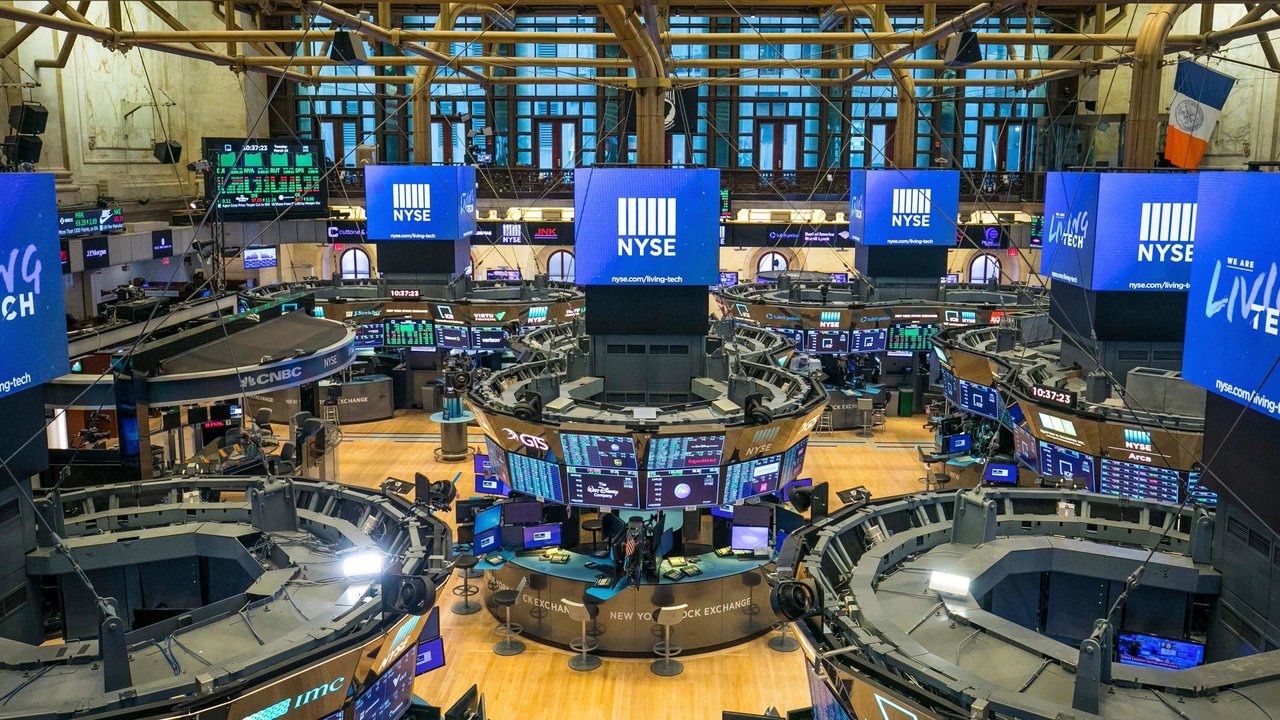 The New York Stock Exchange has abruptly reversed plans to delist three major Chinese telecommunications companies after consulting regulators about an investment ban ordered by President Donald Trump.
Coming days before the companies were to be delisted -- and just over two weeks before Trump is to leave the White House -- the U-turn avoids a step that threatened to heighten U.S.-China tensions further.

The Big Board gave no reason for its decision in a statement released during Asian hours, saying only that it had consulted “relevant regulatory authorities” about Trump’s executive order, signed in November as part of his administration’s push to check China’s growing economic power.

The about-face, described as “bizarre” by a Jefferies Financial Group Inc. analyst, whipsawed investors who on Monday had sold shares of the Chinese telecom companies and raced to bet on which stocks might be delisted next. China Mobile Ltd., China Telecom Corp. and China Unicom Hong Kong Ltd. all rallied on Tuesday.

A lack of clarity on why NYSE changed course left investors to speculate over whether it was simply a result of the exchange initially misinterpreting the November executive order, or something with broader geopolitical implications.

The episode has added to a sense of confusion surrounding implementation of Trump’s order in the waning days of his administration. Index providers FTSE Russell, MSCI Inc. and S&P Dow Jones Indices have all said in the past month they would remove some Chinese companies from equity gauges to comply with the order, but their lists of affected stocks have sometimes differed markedly.

The stakes are high for both Chinese and U.S. companies. The former have long turned to America’s stock market for capital and international prestige, raising at least $144 billion over more than two decades. Their U.S. counterparts, meanwhile, are keen to avoid any ratcheting up of tensions that might curb their access to China’s vast economy. Wall Street banks, in particular, have been pouring resources into the country after gaining unprecedented scope to operate there last year.

The NYSE’s reversal was “quite unexpected,” said Jackson Wong, director of asset management at Amber Hill Capital Ltd. in Hong Kong. “Some funds that had an obligation to unload these shares will now need to buy them back. Some investors are also starting to price in a scenario that the decision to halt delistings could be the start of a de-escalation in tensions between China and the U.S.”

Calls and emails to the media department of the China Securities Regulatory Commission weren’t immediately returned Tuesday. The CSRC had responded to NYSE’s initial plan by calling it groundless and “not a wise move.” Spokespeople for the U.S. Treasury Department, U.S. Securities and Exchange Commission and the Financial Industry Regulatory Authority didn’t immediately reply to requests for comment.

It’s unclear whether NYSE’s reversal will have any impact on index providers, which help guide investments worth trillions of dollars. FTSE Russell declined to comment on Tuesday, while MSCI and S&P Dow Jones couldn’t immediately be reached. Bloomberg LP, the parent of Bloomberg News, also compiles stock and bond indexes.

In separate statements, China Mobile, China Telecom and Unicom said they will continue to monitor developments. China Mobile, the largest of the three, jumped 5.1% in Hong Kong on Tuesday. The company’s NYSE-listed shares were up 10% at 7:55 a.m. in New York, while China Unicom’s U.S. shares surged 16%.

China’s Foreign Ministry spokeswoman Hua Chunying said Tuesday that Beijing hopes the U.S. will respect the market and rule of law, and do things conducive to upholding order in the global financial markets.

The NYSE’s initial delisting proposal, announced on New Year’s Eve, marked the first time an American exchange had unveiled plans to remove Chinese companies as a direct result of rising geopolitical tensions between the two superpowers. In his executive order, Trump said the three telcos were among those directly supporting the Chinese military, intelligence and security apparatuses and aiding in their development and modernization.

The developments have unfolded in the last few weeks of the Trump administration, which for years has railed against China for what the U.S. president calls unfair trading practices. Trump has imposed tariffs on imports from China and carried out an aggressive campaign against Chinese technology firms such as Huawei Technologies Co., measures that have often elicited retaliation from Beijing. In a December article, Secretary of State Michael Pompeo discussed how U.S. investors are funding “malign PRC companies” whose shares are included in major indexes.

The NYSE has faced criticism from some market watchers over the way it handled the situation. Travis Lundy, an Asia markets veteran and independent analyst who publishes on the Smartkarma platform, said in a tweet that the U-turn reflected “rank ineptitude” by the exchange and “weak leadership” by the Treasury Department.

“They’ve had seven weeks to talk to Treasury about this,” Lundy said, adding that the department had published lengthy supplemental FAQs as well. “To implement the decision, and then four days later to backtrack -- that’s just odd.”

While the impact on China Mobile and its two peers was always likely to be minimal given the bulk of their shares trade in Hong Kong, the delisting plan had heightened concerns about tit-for-tat sanctions between China and the U.S. as tensions between the superpowers simmer.

Chinese businesses without military links are also potentially vulnerable to delisting after Trump signed legislation with bipartisan support last month that could kick firms off U.S. exchanges unless American regulators can review their financial audits.

The outlook may depend in large part on how U.S.-China relations evolve after president-elect Joe Biden enters the White House later this month. While China’s President Xi Jinping said in a congratulatory message to Biden in November that he hopes to “manage differences” and focus on cooperation, few expect tensions to ease anytime soon.

“We don’t know as to how the Biden administration will pick up the baton that’s been left by the Trump administration,” said George Magnus, a research associate at Oxford University’s China Centre and author of “Red Flags: Why Xi’s China is in Jeopardy,” speaking on Monday before the NYSE’s reversal. “There will certainly be a transition cost to China if the mood in the U.S. remains sour.”
#Donald Trump  #Joe Biden

General Butler 98 days ago
Is this an in-your-face rejection of an executive order from the President of the United States? Does this mean China now has sufficient leverage over the U.S. to do such a thing? Who controls China? What is the larger plan? Have you thought this through?
View all comments (2)Add comment