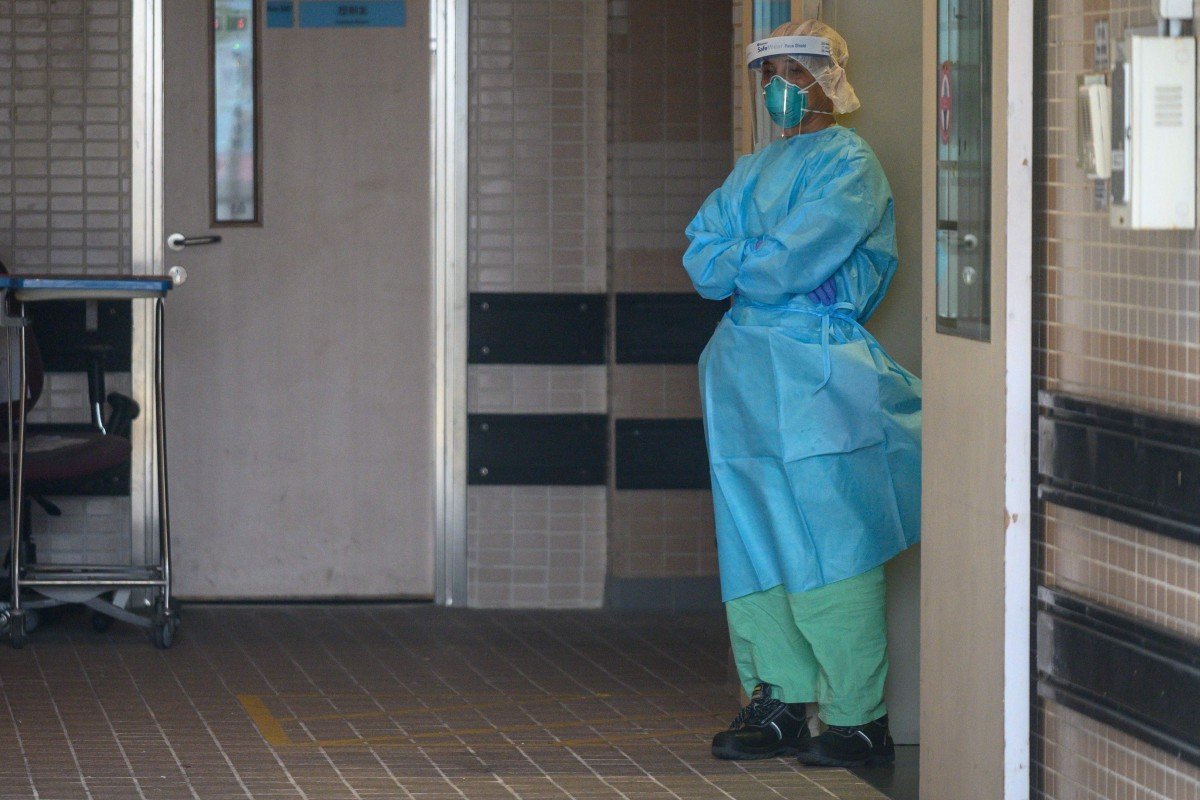 At least 90 nurses took sick leave on Wednesday at three Hong Kong hospitals, ahead of a potential strike planned by a health care workers’ union in protest at the government’s response to the coronavirus.

The Hospital Authority confirmed the action, with many of the nurses upset at the refusal to close all border crossings as suggested by lawmakers and workers’ unions to guard against the spread of the deadly new virus, according to a source familiar with the situation.

Of those that called in sick, 26 work at Pok Oi Hospital in Yuen Long, while 41 were based at the intensive care unit or operation theatres at the Pamela Youde Nethersole Eastern Hospital in Chai Wan. Another 23 took sick leave at Princess Margaret Hospital in Kwai Chung.

A source familiar with the situation told the Post the nurses took the action to sound the alarm before a real strike, which could come as early as next week, because the government had not been listening to demands from the sector.

“A partial closure of the border is not enough, which is also the root cause of the grievances of many of the nurses,” the source said.

“Even though the government announced closing six border checkpoints [out of 15], many people are still able to enter Hong Kong from the mainland.”

According to a duty roster at the Chai Wan hospital, out of 12 operating theatres, nurses who were assigned to work at 10 of them had taken sick leave, while two theatres were left only manned by one nurse.

“At least two nurses should be present so as to run one operating theatre,” the source said. “That means the operation schedules at the hospital would inevitably be affected, as many of the theatres would not be able to operate as usual.”

Dr Luk Che-chung, chief executive of the authority’s Hong Kong East Cluster, which oversees the operation and services of the Pamela Youde Nethersole Eastern Hospital, told the Post six patients have been affected by the incident, including three inpatients and three day surgery patients.

“We informed the latter three [day surgery patients] before they came to our hospital. We are rescheduling for all six,” he said.

Joseph Lee Kok-long, chairman of Hong Kong’s biggest nurses union, the Association of Hong Kong Nursing Staff, said he did not know the reason for nurses taking sick leave, but agreed many frontline health care workers had been upset by the government’s response to the outbreak.

“Most nurses are dedicated to their jobs. Just that [without a complete border closure], it’s more or less equal to pushing our frontline medical practitioners to their deaths,” Lee said.

The 15,000-strong Hospital Authority Employees Alliance said it would convene a general meeting on Saturday to discuss a strike, which could begin as early as next week, if the government did not close all of the city’s borders.

By Wednesday evening, more than 3,000 medical practitioners had signed an online petition pledging to join the potential strike.

A nurse at Pamela Youde Nethersole Eastern Hospital, who works in paediatrics, also said she supported a potential strike if the government continued to refuse to close all borders to the mainland to prevent a further spread of the virus in the city.

“[We know that] working in the medical sector is of a high risk nature. However, we should not be forced to give up our own lives at work. Not everyone is willing to do that,” she said.

The Association of Hong Kong Nursing Staff, which has more than 30,000 members, said it would not rule out a “second wave” of potential strikes, following the alliance’s strike, as they had also been preparing for any possible industrial action.