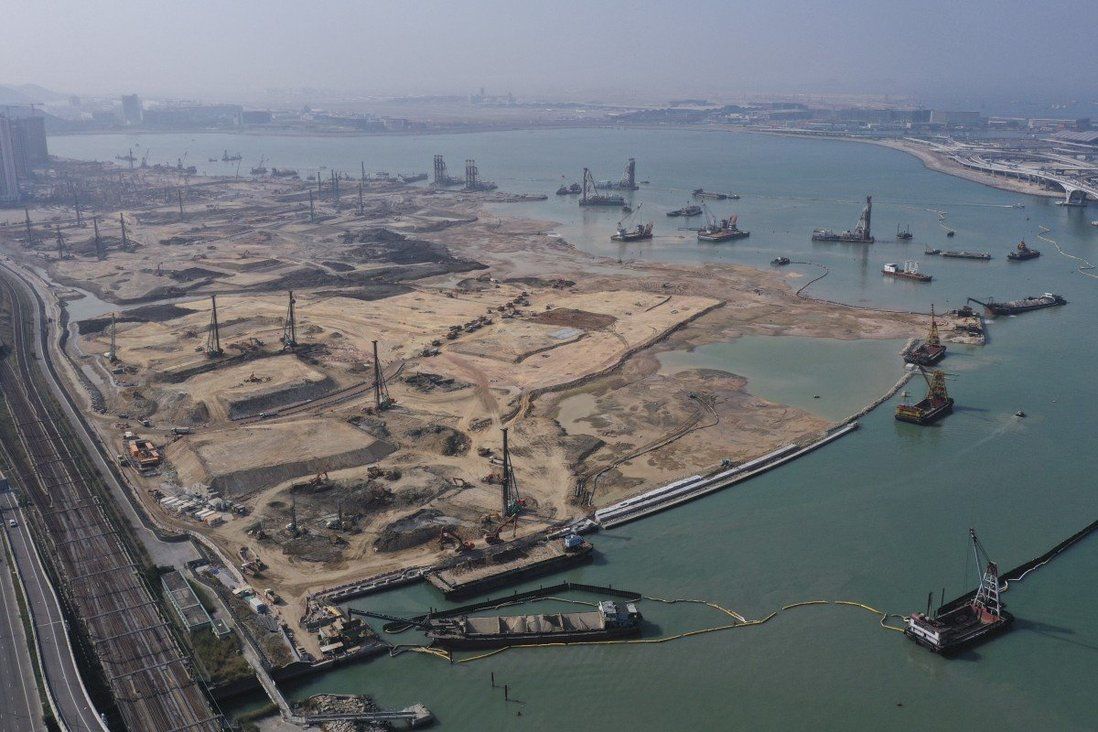 The number of homes expected to be produced under Hong Kong’s land-sale programme has plunged to an 11-year low, prompting the government to address the shortfall by advancing the tender of a newly reclaimed site even though the railway station serving the development has yet to be built.

Secretary for Development Michael Wong Wai-lun on Thursday announced the rare decision to bring forward the sale of the site at the future Tung Chung East station, admitting that this year’s programme would yield only 6,000 flats for the private sector.

He said the fall in private housing supply was a “necessary conclusion”, given the government’s push to reserve more land for public housing.

But analysts warned that there would be a political price to pay for Chief Executive Carrie Lam Cheng Yuet-ngor’s focus on building more public housing without actually increasing land supply in the near term, which would only push up private home prices further in the world’s most expensive property market. 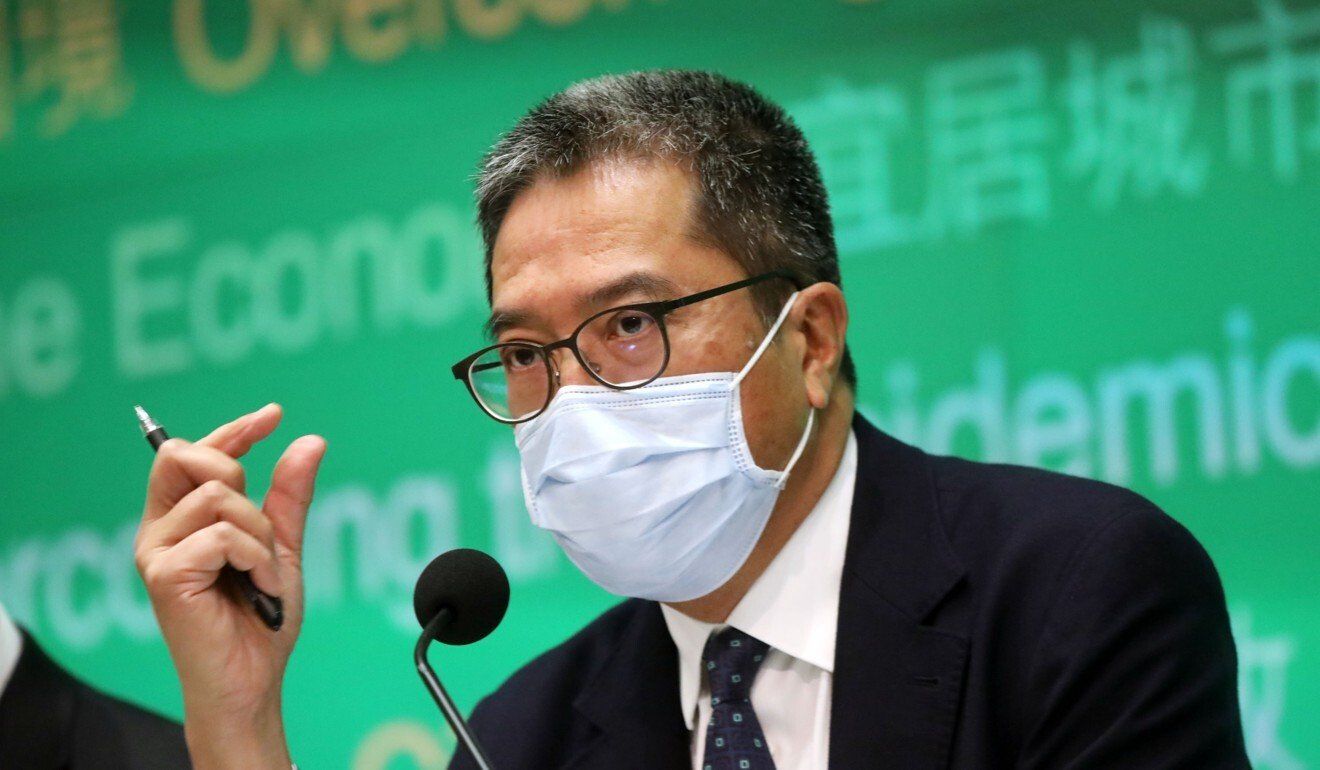 The land-sale programme for the coming financial year will cover 15 residential sites – four on Hong Kong Island, one in Kowloon and 10 in the New Territories.

Three commercial sites – two at Kai Tak and one in Tung Chung – will also be made available for sale, yielding 480,000 square metres, down from six plots last year. Surveyor Pruden Group estimated one of the Kai Tak sites, which could yield a total gross floor area of 2.46 million sq ft and offers a sea view, could be worth HK$8,000 (US$1,032) per square foot, or HK$20 billion. 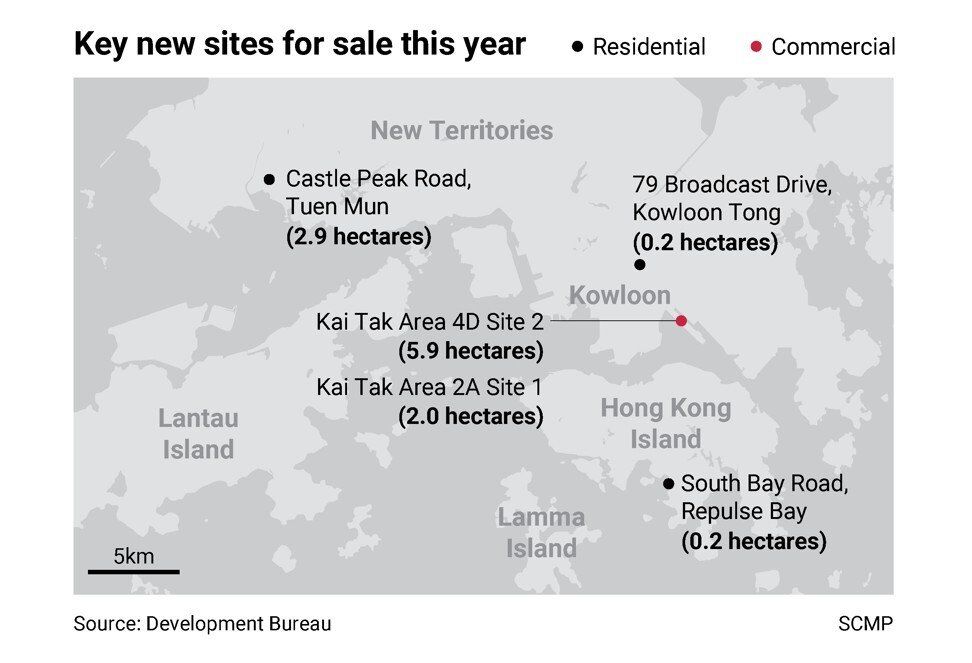 In 2018, Lam pledged to tackle a shortage of affordable homes, which Beijing had called a “deep-seated” problem. She announced that the allocation of land supply for public housing would be raised from 60 per cent to 70 per cent, and lowered from 40 to 30 per cent for private flats.

Wong said that when other sources, namely urban redevelopment projects and residential sites along railway lines, were included, the private housing yield would be 16,500 flats, “barely meeting the [supply] target”.

Asked if the falling supply would make private housing ever more pricey, he said: “We believe that the provision of land is but one factor among many factors like interest rates, the direction of capital flow, market sentiment, etc. It’s not a simple one-to-one relationship.”

A plan to create massive artificial islands in the waters east of Lantau Island remained a long-term solution to raise land supply, Wong added, and a feasibility study was continuing.

Of the three railway property development sites that will be tendered by the MTR Corporation at the government’s request this year, the one atop the future Tung Chung East station can provide 1,900 private flats. 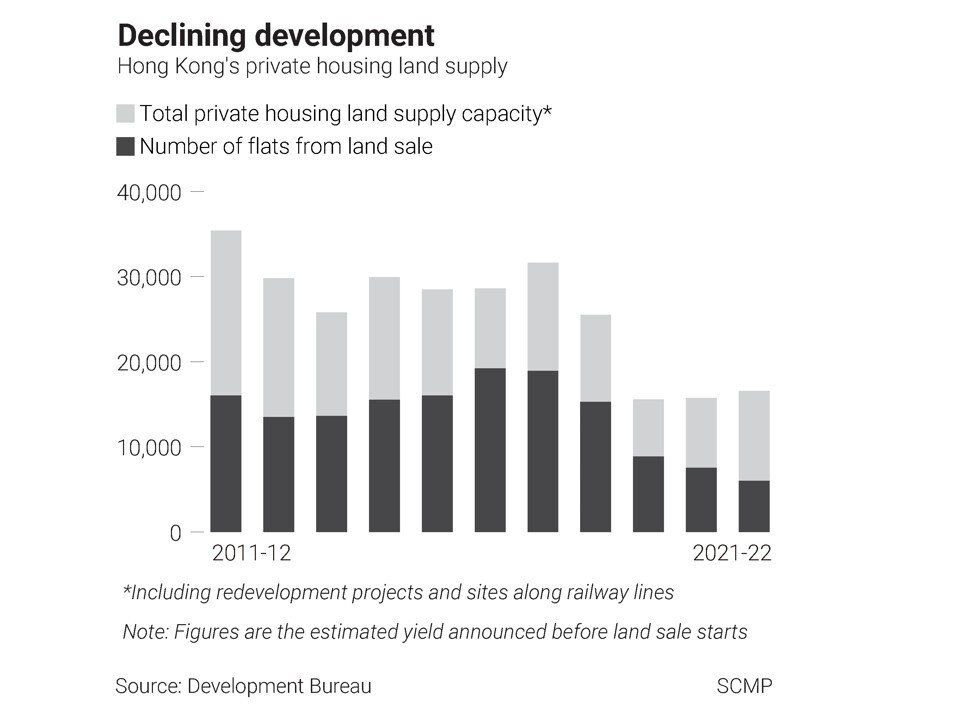 The station will sit on the proposed Tung Chung line extension to serve a newly reclaimed section of the new town near the airport. Construction of the station is expected to begin in 2023 and be completed in 2029.

That could mean a three- to four-year wait before the first batch of residents can commute by MTR.

“If the buildings come in first then initially [the residents] will use other modes of road transport … but the gap will not be substantial,” he said.

The decision to release the plot before the station opened “showed the government was really desperate to increase the supply of private flats”, said Charles Chan, managing director of valuation and professional services at international property consultant Savills.

The firm believed Hong Kong home prices could rise 3 per cent to 5 per cent this year as the housing shortage continues.

“We expect land supply for private residences will become increasingly limited against the government’s increasing focus on public housing. It gives a message to the market that flat values will become more expensive tomorrow if you do not buy today,” Chan added.

Ryan Ip Man-ki, head of land and housing research at the think tank Our Hong Kong Foundation, noted that the site for the future station was reclaimed only a few months ago. “Were it not for fulfilling the land supply target this year, given the timeline of the [station’s] development, the government is unlikely to have this site tendered out this year,” Ip said.

“It is yet another sign to show the government is running out of bullets in the land-supply game.”

Chung Kim-wah, a former professor of social policy at Polytechnic University, said Lam’s decision to adjust the split for public and private housing was a political price Hongkongers would pay in the long run.

“It sounds appealing, but the government is essentially using the same pie to allocate more land for public housing. The size of the pie hasn’t changed, so this will make private flats even more valuable in the future,” he said.

But Lawrence Poon Wing-cheung, a real estate policy expert at City University, said he did not think the falling supply of private housing would have such a direct impact on prices. Rather, he believed developers, having less land to bid for, would have to dip into their own land banks for space to build.

Poon said the change in the public-private split was not the sole factor that could affect the price, and that issues such as the economy and interest rates could play a part.

Meanwhile, the development secretary defended the plan to rezone five commercial sites at Kai Tak into housing, noting the market did not have a keen interest after previous bids for three of the plots failed to meet their reserve price.

He said the whole of Kowloon East, including Kwun Tong and Kowloon Bay, would ultimately have about 4 million square metres of commercial space, almost catching up on Central’s 4.8 million square metres, so the area would still be on its way to becoming the city’s second central business district.