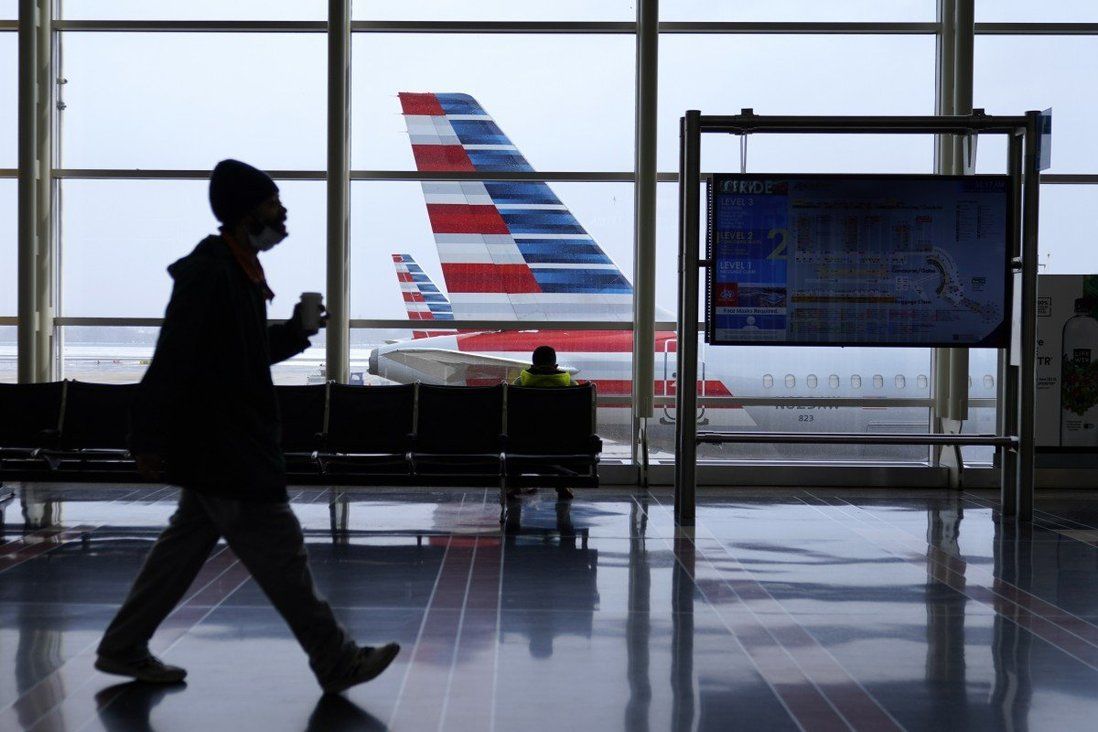 The United States has resumed granting visas to Chinese students before the coming autumn semester after the Covid-19 pandemic caused a lull in visa approvals.

Official data from the US State Department shows that the US began to increase its visa approvals for Chinese students in earnest in May, with its latest numbers of F1 visas – the most common type of student visa – reaching similar levels for those granted before the Covid-19 outbreak in late 2019.

The US granted 33,896 F1 visas to Chinese nationals in June, a significant increase from only 8 in June 2020 when US missions worldwide suspended routine visa services because of the pandemic. This year’s figure was at a similar level as the 34,001 visas granted in June 2019 before the pandemic.

Education consultants in China said there continued to be higher scrutiny for postgraduate students in certain hi-tech or strategic fields but that the US visa process for students has mostly “returned to normal”.

“US schools will largely resume in-person classes this autumn, so student visa appointments can be made as normal, but the other visa applications to the US have not yet been reopened,” an employee at the Beijing-based consultancy New Oriental said.

“It is just that some graduate students may be in more sensitive areas of study, so there may be a certain impact on the visa approval process but this will not affect undergraduate visas.” 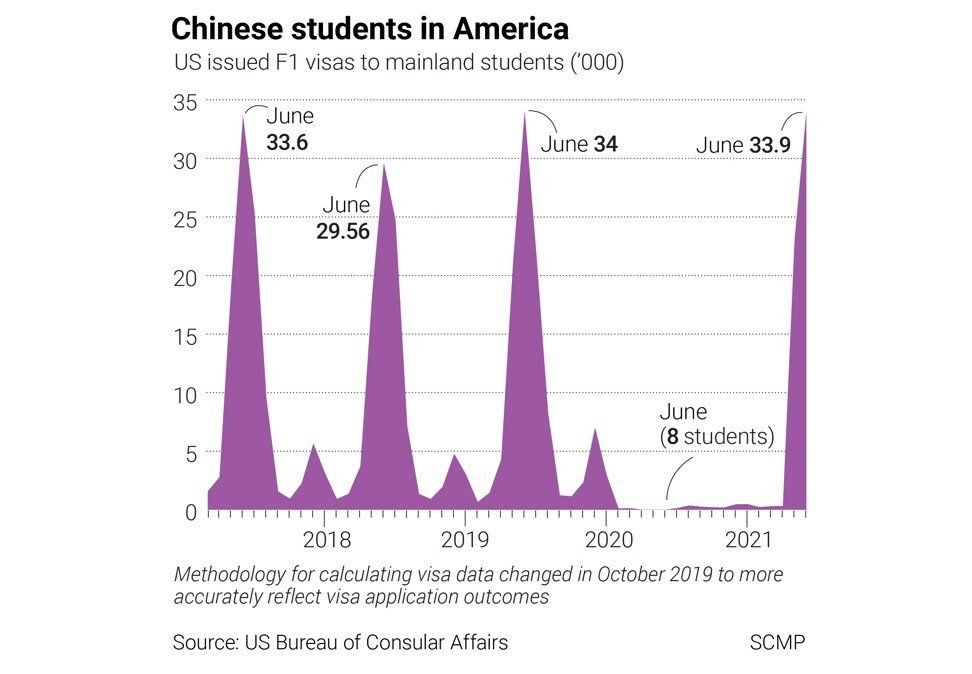 The resumption of visas comes ahead of the autumn semester for US colleges in September, and the strong number of applicants are a sign that Chinese students are still eager to head to the US after a dip in interest last year.

Chinese student visas have also become a diplomatic issue, with Chinese vice-foreign minister Xie Feng raising the issue of some students being denied visas to the US as a key concern during a meeting with US deputy secretary of state Wendy Sherman in Tianjin in July. Xie also called on the US to “stop harassing Chinese students overseas” and to “cancel visa restrictions on Chinese students”.

In May, Beijing hit out at the US after a Chinese student was denied a visa because the US had suspended issuing visas for senior Chinese officials employed by four intelligence and law enforcement departments and their immediate family.

At the time, the US embassy in Beijing said it was a temporary suspension applied to some applicants because China was not adequately cooperating in accepting the return of its nationals under final orders of removal from the US.

The US last year barred foreigners who had been to mainland China within 14 days from entering the US. But in April, US officials said students with valid visas could enter the country 30 days before college started.

Non virus-related tension between the US and China has been an additional factor. Last May, the US suspended the entry of Chinese nationals who receive funding from, or work for, any Chinese entity supporting Beijing’s “military-civil fusion strategy”.

Qiao Xiangdong, owner of the Beijing-based Gewai Education agency, said most of the students he worked with received US visas except for one who had studied at the Beijing Institute of Technology. The institute is one of the seven universities with links to China’s military and defence industries that are directly supervised by China’s Ministry of Industry and Information Technology.

“The visa approval period has not changed but there are stronger checks on postgraduate students,” he said. “It is more rare for undergraduate students to be denied visas or to be scrutinised.”

Qiao said Chinese parents were concerned about sending their children to the US because of issues such as Covid-19, gun violence and racial discrimination, but that the level of overall interest from Chinese students had not dropped, particularly for high-performing students.

“There are many benefits for Chinese students in the US that other countries cannot compete with, including the great job opportunities,” he said.

“Of course, a small minority of people are concerned about the visa situation, particularly for those in STEM (science, technology, engineering and mathematics) and military-related fields, so they may opt for other countries with more relaxed visa policies like Britain, Switzerland or Canada.”

Another Beijing-based Chinese education consultant, surnamed Wu, said that while the US might carry out background checks for postgraduate students in STEM fields, the students “in most cases can get the visa if they are paying tuition themselves or have received US scholarships”.