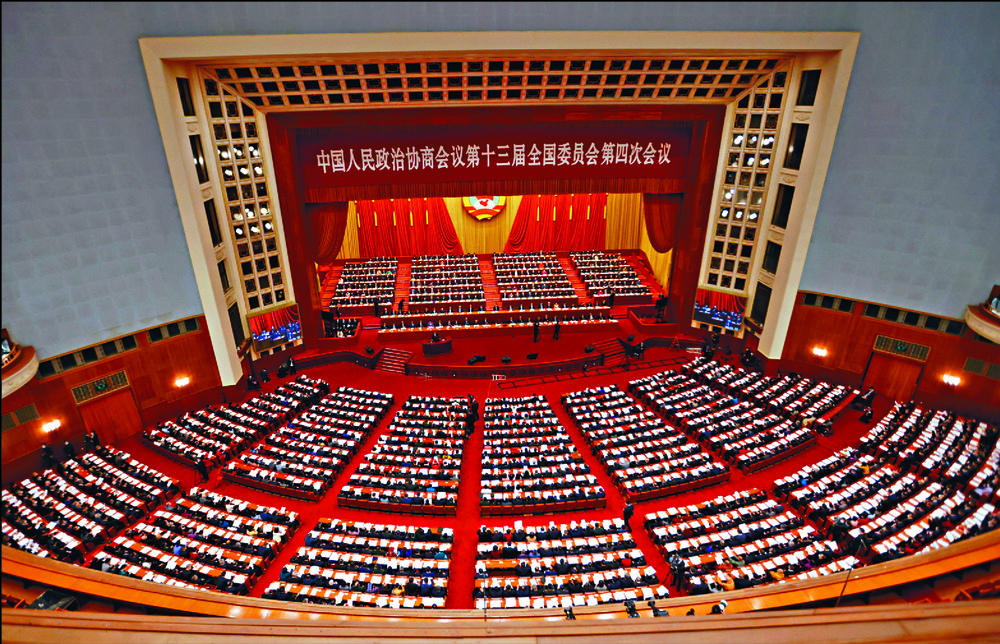 Tycoons are facing a dilemma about attending this year's Two Sessions in Beijing next month, as attendees from Hong Kong have to quarantine in Shenzhen for seven days before they can fly to Beijing.
It is understood that Beijing has allowed the SAR's National People's Congress delegates and Chinese People's Political Consultative Conference members to attend the meetings, which begin on March 4 and will last for two weeks.

However, they are required to undergo hotel quarantine in Shenzhen for seven days before going to Beijing, as the Covid-19 outbreak in Hong Kong is much more severe compared to other cities in China.

Sources said many tycoons that are CPPCC standing committee members are all crying foul towards the arrangement, as "time is money" for them.

"Although many business operations can be done online, it is still inconvenient for them to work without their secretaries and assistants. They even have to wash their own clothes during the quarantine period - it is really a very unfamiliar lifestyle for them," sources said.

A Hong Kong CPPCC member is planning not to participate, because apart from being quarantined they have to live under closed-loop management, which means they will be "trapped" for three weeks.

The 84-year-old former chief executive Tung Chee-hwa, who is also CPPCC deputy chairman, will also not attend the Two Sessions as he will be resting at home. Tung has previously missed events due to a surgery in September.

Two Sessions has attracted a lot of attention as it would have been held the same month as the Chief Executive election. The election was originally scheduled for March 27, but was postponed to May 8 due to the pandemic situation in the SAR, Chief Executive Carrie Lam Cheng Yuet-ngor said.

She added that the election nomination period, supposed to begin yesterday, would also be postponed to April 3 to 16.

Lam said the Executive Council and the central government has agreed with the delay as it is in line with the Emergency Regulations Ordinance.

It also fits the remarks of President Xi Jinping, who has told the SAR government to take all necessary measures to curb the outbreak.
#COVID-19  #Covid
Add Comment