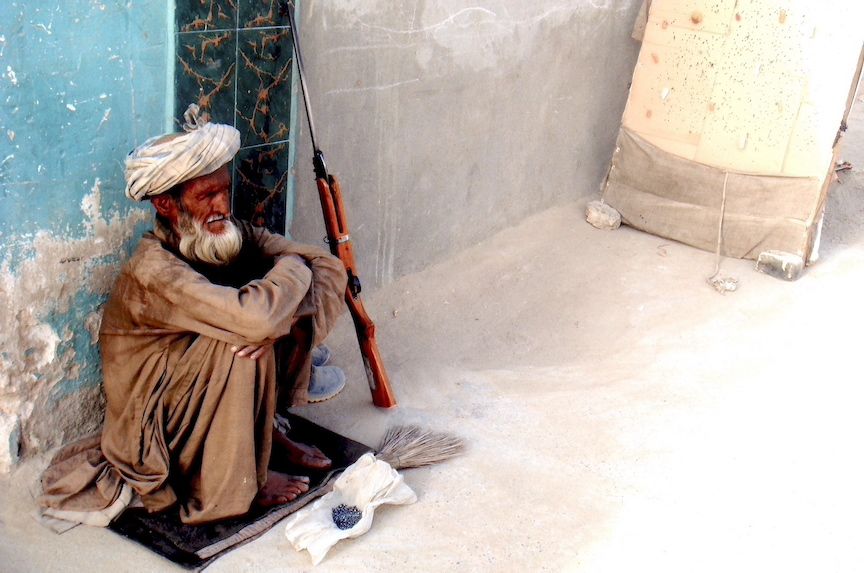 Now for the Hard Part: The Taliban Face Financial Headwinds

Finance will need to be at the centre of decision-making not only in Western capitals, but also in Taliban-controlled Kabul.
Not even the most pessimistic predictions anticipated the speed with which the Taliban would overrun the incumbent regime in Afghanistan, but it was always certain that the US military withdrawal would leave the government and its military exposed. So, one would imagine that a range of contingencies across different dimensions would have been planned for. Quite rightly, much focus has been placed on the security of those that have supported Western forces during the past two decades and on the future of those, particularly women and girls, that have benefited from the education and career opportunities unavailable under the Taliban’s previous reign.

But another issue warrants close consideration, and that is how the international community will adapt its finance-focused activities to the Taliban takeover. This might seem to be a narrow, specialist concern, but countering the financing of terrorist groups and other state and non-state actors via sanctions and other more covert means is a core pillar of international security efforts.

Indeed, it is worth recalling that before the 9/11 attacks, finance was already a frontline security issue: it was covered by UN Security Council Resolution 1267, passed in October 1999, as well as a specific UN Convention. The Security Council resolution, triggered by the Taliban’s sheltering of Al-Qa’ida – together with a stream of subsequent resolutions directed against terrorist groups such as al-Qa’ida and Islamic State – required member states to apply travel bans, arms embargoes and, importantly, asset freezes against the Taliban.

Following 9/11, the international community mounted a concerted global policy and operational effort to identify and disrupt terrorist financing, including the finances of the Taliban. Countries also introduced unilateral regimes to restrict terrorist financing, most notably US Executive Order 13224, in which President George W Bush announced a strike on ‘the financial foundation of the global terror network’ intended to ‘starve the terrorists of funding’.

Fast forward two decades and the annual reports produced by the UN’s Afghanistan monitoring team paint a picture of continued – and thriving – Taliban financial health. Whatever restrictions the group may have notionally faced have not deterred it or diminished its ability to buy support to capitalise on the US military’s departure.

In our work at RUSI, we identify different financial models employed by terrorist actors. The Taliban fall squarely in the ‘territory-controlling’ category. While the group allegedly has external benefactors, it has perfected the art of living off the financial landscape it controls, allowing it to operate with significant financial independence – a reported objective of the group in recent times.

For example, as the most recent UN report notes, prior to their territorial expansion, the Taliban already controlled territory containing 280 of the country’s 709 mining zones. Precisely how much revenue the Taliban derived from this control is unclear, but with their takeover of the country that financial opportunity has now significantly increased. Territorial control has also allowed the group to benefit from the considerable profits to be made from Afghanistan’s opium poppy production and drugs trafficking. Expanded control offers significant opportunities for rent-seeking from businesses, transport operators and the population at large.

But financial health should not be viewed merely through one eye. Reflecting on revenue is only half the story and overlooks the financial obligations this revenue needs to cover.

With this in mind, just as the Taliban’s expanded territorial control has brought increased revenue-raising opportunities, it also brings greater financial obligations. As the governing power, the Taliban must now fund not just their own activities, but also those of state institutions that provide services and government to the people of Afghanistan.

Students of the rapid expansion of the Islamic State will recall the promises that group made in its English-language Dabiq magazine to ‘pump millions of dollars into services that are important to Muslims’ and ensure ‘the availability of food and products and commodities in the market, particularly bread’, all of which was intended to create a ‘flourishing relationship between the Islamic State and its citizens’. As financial pressure was applied to Islamic State, these welfare commitments were quickly forgotten and disappeared from the group’s propaganda. While military pressure on the Taliban remains unlikely, the application of financial pressure has already begun. Indeed, as noted earlier, it has been in place for over 20 years and is something the Taliban sought to have reviewed and removed as part of the Doha Agreement with the Trump administration.

So, what might this financial pressure entail? The early shape is already clear. A significant percentage of the Afghan Central Bank’s reserves are held offshore and have been frozen, as have international donor funds, reported to contribute up to 75% of the Afghan economy. Foreign currency cash shipments to Kabul have been suspended, and remittance companies – vectors for delivering humanitarian and diaspora funding – have suspended services. Further pressure will be self-generated as the lack of foreign currency drives up domestic price inflation and reduces the value of the local currency.

As a result, the Taliban will face a funding deficit that they will need to fill, even if they do not seek to provide the same degree of government service as the regime they have replaced. Raising revenue will therefore be a critical – perhaps existential – mission for the Taliban. A number of options are available.

First, we can expect the Taliban to strive to efficiently harvest the greater domestic revenue base at their disposal through taxation of businesses and people, and to take advantage of their expanded control over mining and other resources. Second, we can anticipate that the Taliban regime will seek to strike trade agreements on issues such as the country’s $1 trillion of mineral wealth with neighbouring countries – notably China and Iran – that might welcome closer relationships with Afghanistan in return for security guarantees. Third, we can expect the Taliban to run a ‘cheaper’ form of government than the previous regime and to bear down on the rampant corruption that beset it.

And finally, the Taliban have already shown signs of proposing a form of international blackmail – as they have done before – suggesting that ‘Afghanistan will not be a country of cultivation of opium anymore’, but that it needs international financial help in return. The inevitable humanitarian crisis that will develop in the country or the offer of security guarantees to the US and its allies may be used to seek the reopening and unfreezing of the financial channels that have slammed shut in the last two weeks.

The past fortnight has seen the US and its allies caught flat-footed. As the next phase of this crisis unfolds, finance will need to be at the centre of decision-making not only in Western capitals, but also in Taliban-controlled Kabul.
#Afghanistan
Add Comment