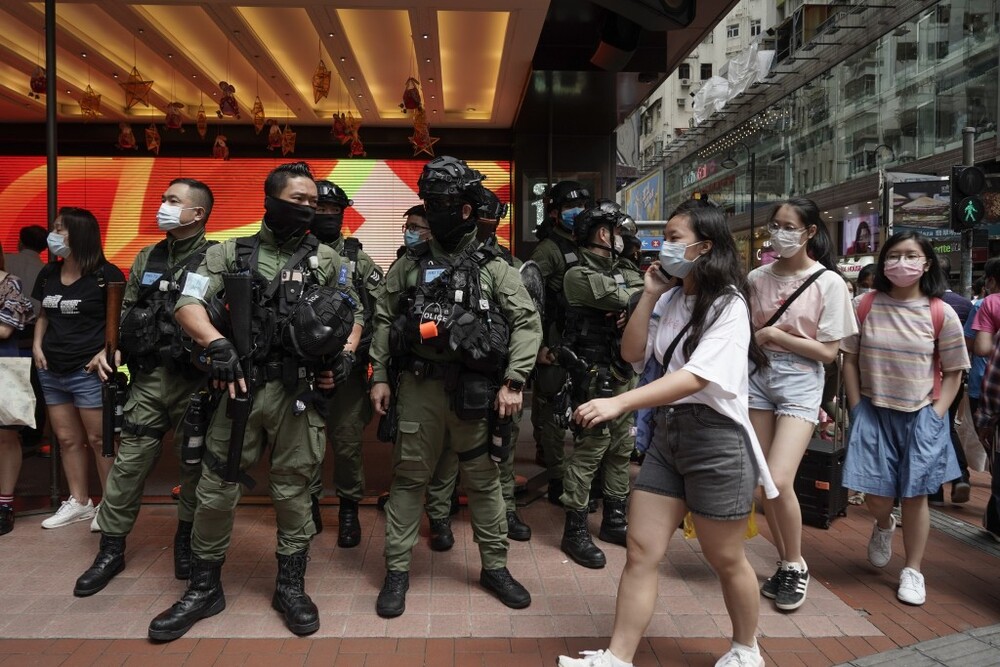 Nothing wrong with HK being a police state, says lawmaker

A pro-Beijing lawmaker has dismissed concerns about the promotion of two officials with law enforcement backgrounds to senior positions in the SAR administration, saying if Hong Kong is now a police state then so be it, RTHK reports.
Security Secretary John Lee Ka-chiu has been appointed as Hong Kong's new chief secretary – becoming the city's first top minister with a police background.

Even though former police officers now occupy two of the territory's most important positions, Chief Executive Carrie Lam Cheng Yuet-ngor said the appointments were made on merit, and rejected claims by pro-democracy activists that Beijing has turned the SAR into a police state.

But lawmaker Alice Mak Mei-kuen, from the Federation of Trade Unions, said if the territory is indeed a police state, there's nothing wrong with that.

"In the past our society has experienced severe threats from violent factions. So I think security is an issue in our society. So if someone from the police discipline can help to govern Hong Kong, can help to maintain law and order in Hong Kong, why not?"

Mak added that it would be unfair of people to judge Lee and Tang because of their backgrounds in law enforcement.

Ip, a former security secretary, said there had been numerous challenges to the central government over the years and that is why Beijing has promoted people with security backgrounds.

"The national security law has commenced for about a year and we are in a critical stage of enforcement. I think at this point in our development, it's important to have senior officials who are conversant with the law enforcement aspects as well as the public education on national security. So I think they will be very competent appointees," she said.

The DAB, meanwhile, said Hong Kong needs an administration that can “fight” in the “new era”, and it believes Lee and Tang can tackle deep-seated problems the city faces.

The two men are among Hong Kong and mainland officials hit with sanctions by the United States for their roles in implementing the SAR's national security law.
Add Comment