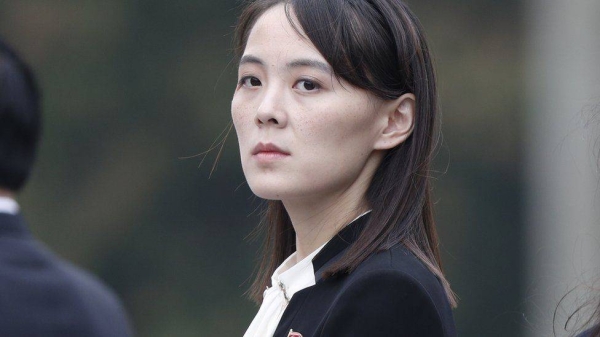 "In case South Korea opts for military confrontation with us, our nuclear combat force will have to inevitably carry out its duty", she said according to state media reports.

Kim had already issued a statement on Sunday directly attacking Mr Suh, whom she called "a scum-like guy" for suggesting an attack.

Kim said North Korea did not want a war and would not fire first, but would respond if attacked.

She also dismissed South Korea's assertions of its ability to reach North Korea's missile bases as a "wild dream".

Cheong Seong-chang, a North Korea analyst from The Sejong Institute, said Ms Kim's rhetoric aimed to "enhance the internal unity within the North" while there was uncertainty and concern about the future of relations with a new South Korean government.

South Korea's President Elect Yoon Suk-yeol, who is due to start his term in May, is seen as a more hawkish leader who may take a more aggressive line against the North.

During his election campaign he hinted to voters of the possibility of a pre-emptive strike against the North, in the wake of a significant rise in the number of North Korean missile tests this year.

Only a fortnight ago, North Korea claimed it had successfully tested its biggest intercontinental ballistic missile.

Although the authenticity of the launch was questioned by South Korea, the implication of the test was taken seriously, as it would end a self-imposed moratorium on long-range testing in place since 2017.

The UN prohibits North Korea from ballistic and nuclear weapons tests, but the country has defied the ban prompting several nations to impose sanctions.
Add Comment