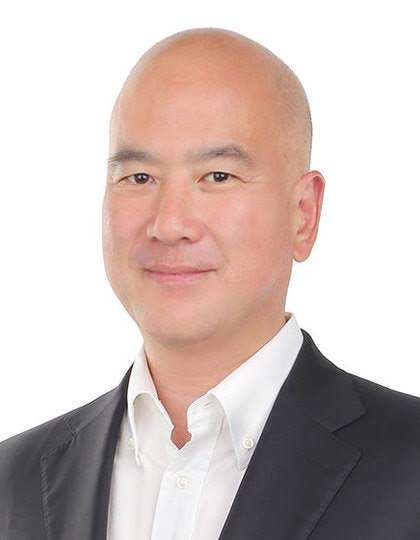 Japanese bank Nomura aims to more than triple assets under management in its International Wealth Management business by March 2025, through an accelerated expansion of the client franchise and enhancement of the wealth management product and services platform.

Our ability to attract top talent from the industry is an acknowledgment by the market that we are serious about our ambitions to build a leading wealth management business and are well-positioned as a platform of choice for aspiring relationship managers in the region. The initial focus of the recruitment drive has been to strengthen our presence across Greater China, Southeast Asia and the Global South Asia market,» he said. Some of the senior hires include:

Wayne Yang has joined as Managing Director and Group Head, Greater China, from Baxian Private and Investment Bank, where he was CEO. He started his career more than 30 years ago and has held multiple senior-level positions at private banks including two stints spanning two decades at Citi’s private bank. He has also held leadership roles at the Asia Pacific private banking teams of Merrill Lynch and Deutsche Bank.

Johnny Liu was appointed Managing Director focused on family office coverage for Greater China. He joined from Aldworth Management, a family office, where he was a partner. Before that he was Managing Director and Head of Global UHNW Advisors, Greater China, at UBS’s private bank. He has also worked at HSBC, Credit Suisse and Deutsche Bank in wealth management and investment banking roles.

Kitty Chen joined as Managing Director and Team Lead for China. She moved after a short stint as Managing Director with Union Bancaire Privee in their Hong Kong office. Before that, she was an Executive Director at Credit Suisse’s private bank, where she spent eight years covering mainland China-based clients. She has also worked in the private banking divisions of Merrill Lynch, ING and HSBC.

Mohit Gupta has joined as Managing Director and Team Lead for Southeast Asia NRI from BNP Paribas Wealth Management where he was Managing Director and Team Head, Indian Markets, covering family offices and UHNW clients from Singapore. Prior to this, he was in various investment advisory roles with Credit Suisse and Standard Chartered for 12 years.

Charly Madan has been appointed Managing Director and Team Lead, Southeast Asia, focusing on Thailand and Vietnam. He joined from BNP Paribas where he was also Managing Director and Team Leader responsible for UHNW clients in Thailand and Vietnam. He has over 30 years of experience in financial services and has held several senior roles in Thailand including Chairman of CNP REIT, CFO & CRO of Pruksa Real Estate, Country Executive, Thailand, and Asia Pacific Head of Capital and Portfolio Management at Royal Bank of Scotland, Head of Corporate Banking at Bank of Ayudhya and Country Officer at Citibank.

Nini Rojanavanich has been appointed Executive Director and Relationship Manager, Southeast Asia, covering Thailand and Vietnam. She joined from BNP Paribas Wealth Management in Singapore where she was a Director in the UHNW client segment for Thailand. Prior to that, she was with Sumitomo Mitsui Banking Corporation in charge of its Financial Institutions Group in Thailand, and has held other leadership roles with institutions including Royal Bank of Scotland, Citibank, Bangkok Bank and ABN AMRO.

Umesh Pandey has been appointed Executive Director and Relationship Manager, Southeast Asia, covering Thailand and Vietnam. He joined from BNP Paribas Wealth Management which he joined in October 2019. Prior to that, he was in the media industry, having spent 16 years over two stints at the Bangkok Post where his last role was as Editor-in-Chief. He has also worked as a Thailand correspondent for Reuters and The Wall Street Journal.

Kripa Bathija has joined as Executive Director and Relationship Manager covering family offices and UHNW clients in Southeast Asia. She was at Bank of Singapore where she was a Director covering a similar demographic of clients for over seven years. She has also worked with Citibank across various geographies for seven years, with the majority of that time spent with the firm’s Singapore wealth management unit focused on the NRI business.

Akshay Prasad has joined as Managing Director and Head of Investment Products & Advisory Solutions, Asia Pacific, from Deutsche Bank’s wealth unit where he worked for nearly 14 years. His last role there was as Managing Director and Head of Investment Advisory, Global South Asia, where he managed a sales team delivering cross-asset advisory and discretionary solutions for clients across Asia and Europe. He started his career with Citi’s wealth management unit.

Sooraj Arur has joined as Executive Director and Head of Lending & Credit Solutions, Asia Pacific. He joined from Deutsche Bank where he was a Director in structured lending, originating financing deals, structuring credit solutions and negotiating bespoke loan documentation for Asia Pacific wealth management clients in markets including Singapore, Hong Kong, Indonesia, Thailand, India and the Middle East. Before Deutsche, he was a credit specialist at Citibank.

Aditya Sehgal joined as Executive Director to help drive transformation and business development for Investment Products & Advisory Solutions. He came from Deutsche Bank Wealth Management, where he was a Director and cross-asset investment specialist. There, he provided bespoke multi-asset structured solutions for clients’ investment and hedging needs by partnering with coverage teams in Singapore, Hong Kong and Dubai. He worked at Deutsche for 11 years.

Mohan Kuppuswamy joined as Executive Director and Head of Architecture & Technology, Asia Pacific, from HSBC where he was Program Head for Platform, implementing Avaloq for Singapore and Hong Kong. Prior to that, he worked for eight years in multiple roles at Deutsche Bank in Asia and Europe, and for over a decade at Citibank including at its private bank in treasury, operations and technology.

TS Murali has been appointed Executive Director and Head of Front Office Risk and Supervision, Asia Pacific. He joins from Citi Private Bank where he was Business Unit Manager, South Asia, for seven years. In this role, he directly managed the sales support team, ensuring the business operated within applicable regulatory frameworks with appropriate operational and control infrastructure. He has worked at Citigroup and its affiliates since 1993 in various roles across business and operations.