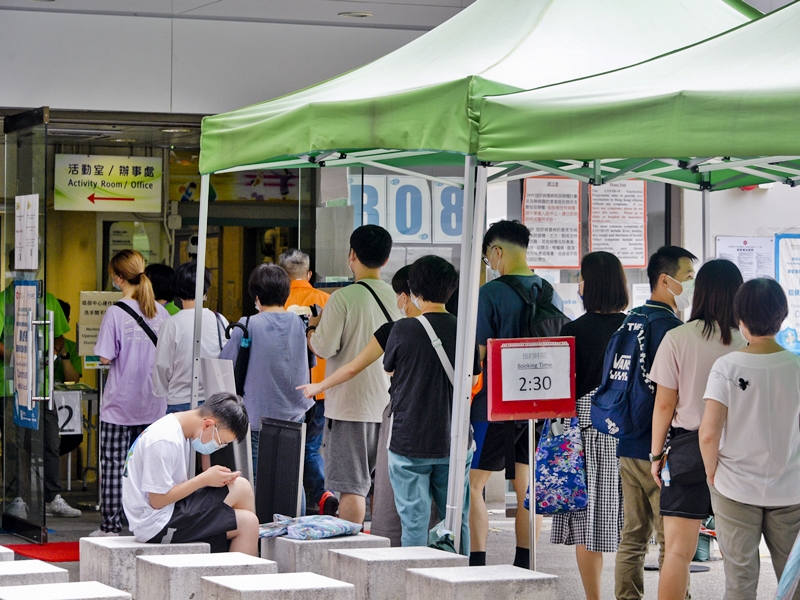 No school applies for full class resumption so far

The Education Bureau has not received any application on resuming full-day in-person classes from any school so far, said secretary for education Kevin Yeung Yun-hung.
The government earlier announced that schools can resume full classes if the vaccination rate of teachers and staff members, and that of students reached 70 percent.

Speaking on a radio program, Yeung expected that there may not be any school that can reach the target by September. The chance of having 70 percent of students of a school to have received the jabs by September 1 is small, he added.

However he won't set up any timetable on regulating teachers and students on getting the jabs, Yeung pointed out.

He also cited data, saying as of late July, around 40 percent of students aged 12 or above have received or are planning to receive vaccination, and 47 percent of teachers and non-teaching staff have received at least one dose of vaccine.

Yeung said 20 percent of teachers and school staff stated they will get the jabs within a short period as well.

He said the bureau will provide further instructions on full class resumption, including introducing social distancing rule for students and placing plastic boards at lunchtime.

He also noted that the outreach team has visited around 40 schools to provide vaccination services to students and teachers, while around 300 schools have arranged coach buses and sent students to community vaccination centers.

The Education Bureau will discuss with the Civil Service Bureau if it decides to extend the service period of the outreach team, according to Yeung.
#vaccine
Add Comment