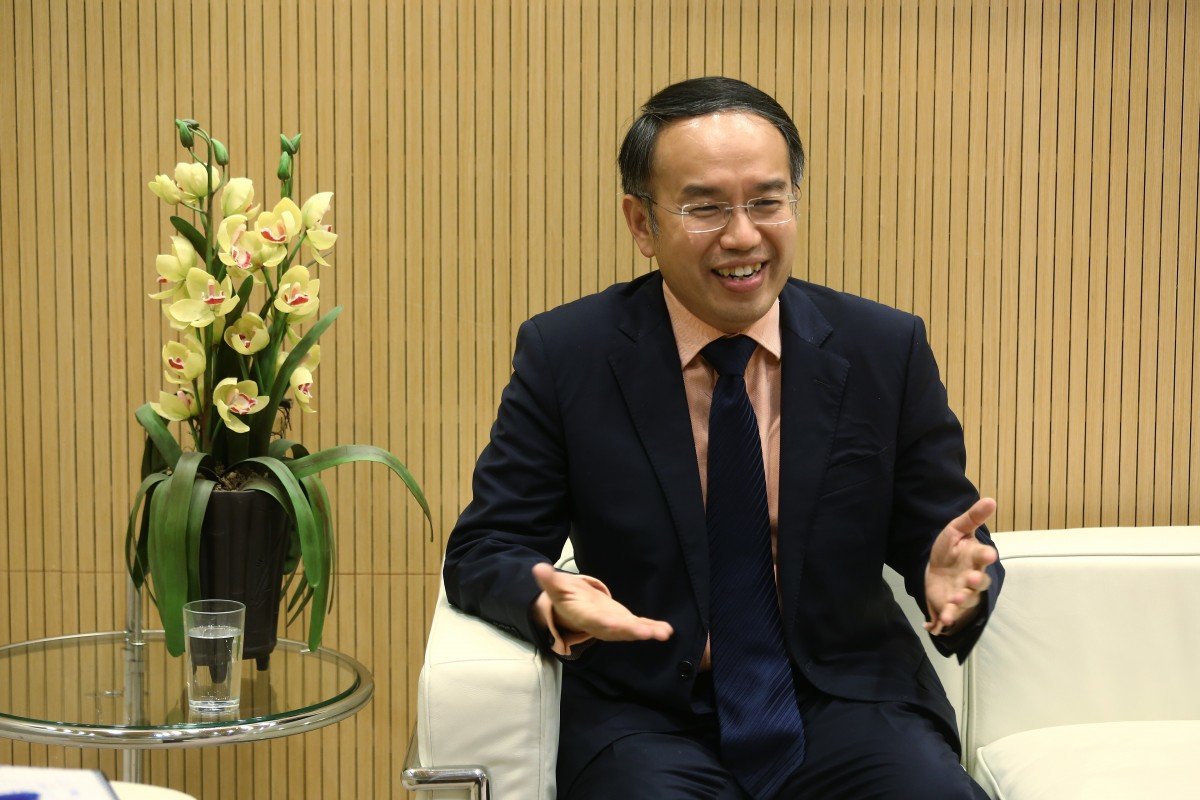 14-day quarantine rule to be relaxed for executives of 480 of the largest companies listed in Hong Kong. ‘We want to open the border step-by-step’, says Christopher Hui, city’s newly appointed secretary for financial services and the treasury

Hong Kong will relax its 14-day quarantine rule for executives of 480 of the largest companies listed in the city, its newly appointed secretary for financial services and the treasury said.

Christopher Hui Ching-yu, who took the job in April, said in an interview that these companies will be able to send two directors or executives every month to the city for the signing of deals, to attend meetings and for other company affairs.

Auditors who need to visit mainland Chinese companies, as well as directors who need to come to Hong Kong for regulatory meetings, such as initial public offering hearings, have been allowed to move across the border with mainland China without being quarantined since last month. Monday’s announcement expands the relaxation of quarantine rules to cover business activity beyond these two instances.

The relaxation will cover mainland Chinese companies such as Tencent Holdings and South China Morning Post parent Alibaba Group Holding, the two largest companies listed in Hong Kong. Moreover, executives of insurer AIA or HSBC, for instance, who need to go to mainland China for these purposes, will not be quarantined on their return to Hong Kong.

The move is the Hong Kong government’s latest effort aimed at bringing back deals and other business activity to reboot the city’s economy, Hui said.

The city has had to implement social distancing measures and close its borders because of the coronavirus pandemic, which has infected almost 7 million people and led to at least 400,000 deaths globally. These measures have curtailed travel for work and delayed deals as well as other business activity.

“We want to open the border step-by-step, and it will be better to allow a limited number of people first, before expanding it further. It is, however, an important step to allow large companies to resume cross-border business travel to handle their business activities,” Hui said.

The 480 companies for whom cross-border travel has been eased represent about 95 per cent of the total market capitalisation – HK$34 trillion (US$4.38 trillion) – of the Hong Kong stock market.

Mike Wong Ming-wai, chief executive of The Chamber of Hong Kong Listed Companies, welcomed the move, but said he wanted to see all listed companies covered. Monday’s relaxation excludes about 1,900 smaller players. “All 2,400-plus listed companies have a lot of cross-border business. It is important to relax the [quarantine] rule and resume normal business activity,” Wong said.

Monday’s relaxation is Hui’s first policy decision since taking over from James Lau in a major government reshuffle. The 44-year-old Oxford graduate was the executive director of the Financial Services Development Council for nine months before his current appointment, and brings fresh blood to the city’s administration.

Hui said he was keen on expanding the connect schemes further, and was working with Beijing on a cross-border wealth management connect in the Greater Bay Area. China last month announced the new connect scheme, which will allow mainland Chinese investors to buy fund products through banks in Hong Kong and Macau, and Hongkongers to buy products from mainland banks in the GBA.

The GBA, which is within an hour’s drive from Hong Kong, will help it become an important wealth management centre. Many wealthy individuals and family offices in the bay area will like to come to Hong Kong to invest in international products to manage their wealth, he said.

Hui said Hong Kong’s wealth management ambitions will not be affected by Beijing’s decision to move ahead with a national security law for the city. The law, announced on May 21, has increased tensions with the United States, which has threatened to put sanctions on the city, as well as key officials.

“I stand for what I represent and what I believe in, and I am ready” to face whatever consequences it entails, Hui said, adding that he was not worried about being sanctioned himself.

He also played down fears that the new law would affect Hong Kong’s ability to attract funds and talent. “The security law is aimed at providing a stable business operating environment. The social unrest that started a year ago shows there is a need for a security law to bring stability, and to strengthen the confidence of the business sector,” Hui said.

Over the past two decades, people have said capital and talent will leave Hong Kong, because of the financial crises in 1998 and 2009, and because of the Severe acute respiratory syndrome outbreak in 2003, but “money still flows in and people decide to stay on, as Hong Kong is the best gateway to China and Asia, the fastest-growing markets worldwide”.

He said the tensions between the US and China would lead to more Chinese technology companies that are listed in America to list in Hong Kong. Such listings will diversify the Hong Kong market away from financial services and property, and the city will emerge as a hub where technology and biotechnology companies raise funds, he said.