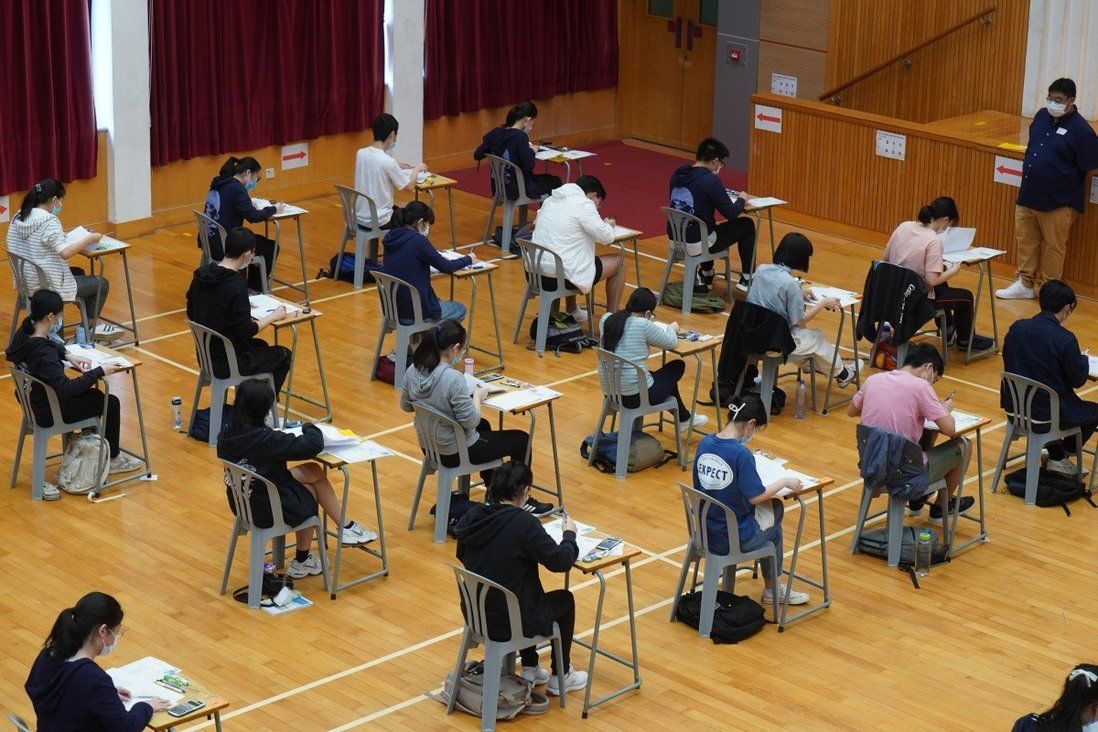 One educator suggests that controversy over subject, with pro-establishment camp blaming it for radicalising city’s youth, played a part in the omission of some test questions this year.

The latest liberal studies paper for Hong Kong’s university entrance examinations did not carry any questions on the rule of law or politics that were common topics in previous years, according to teachers who have reviewed the test.

Some 45,000 Hong Kong students took the Diploma of Secondary Education (DSE) exams on Monday, the third day for the tests, during which they were assessed on four core subjects – with the other three being Chinese, English and mathematics.

This year’s exam questions for liberal studies touched on the issues of trash in country parks, renewable power, esports, public health, innovative technologies, sports, as well as art and culture, with no mention of sensitive material such as rule of law or political participation. 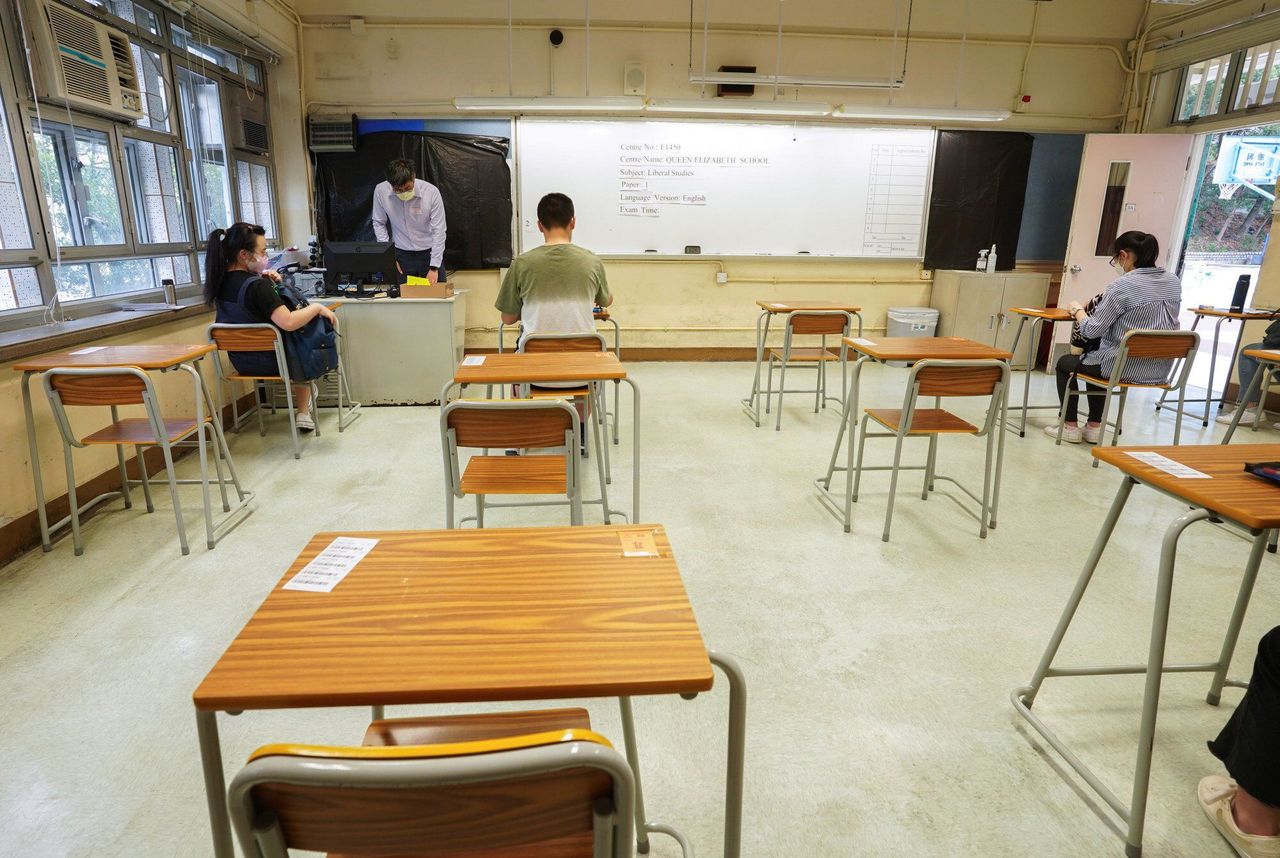 Some common questions in the liberal studies paper have been removed from this year’s version.

Liberal studies teacher Cheung Yui-fai, an executive committee member of the Professional Teachers’ Union (PTU), said unlike past exams which had questions on volatile issues, such as press freedom last year, the latest instalment carried no such topics.

He suggested that earlier controversy surrounding the liberal studies subject played a part in this. “[It could be because of] criticism of liberal studies from the authorities and pro-establishment figures, who were unhappy with the discussion on social and political issues among students.”

Liberal studies was introduced in Hong Kong in 2009 as one of four core subjects for senior secondary school students, and was aimed at enhancing students’ social awareness and developing their critical thinking skills.

But the subject became controversial in recent years as pro-establishment lawmakers and heavyweights blamed it for escalating violence among young people during the 2019 anti-government protests, and some teaching materials were labelled as biased.

The subject will be renamed “citizenship and social development”under a wide-reaching reform to be rolled out in September, when new elements on national security, patriotism, national development and lawfulness would be added to the syllabus, while textbooks would be vetted and students required to visit mainland China. 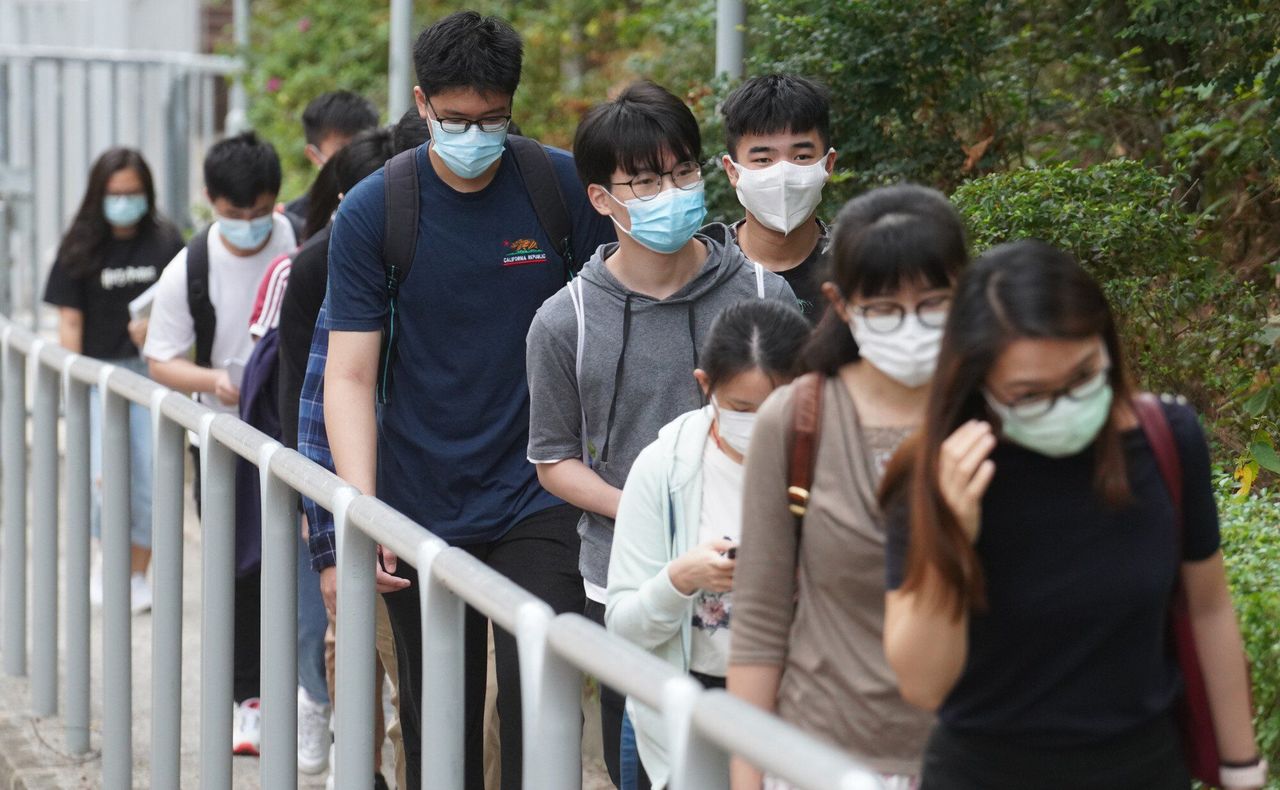 Students at a school in Mong Kok, as the DSE exams get under way.

Cheung said the issues on rule of law and political participation were an important part of the module, and an exam deprived of such topics was not comprehensive and could not assess candidates appropriately.

He added that aside from political issues, this year’s exams also lacked questions on livelihood issues such as housing.

Liberal studies teacher Fong King-lok, who is also a PTU executive committee member, said this year’s exams largely focused on assessment of students’ basic skills such as data response, while the requirement for high-level thinking was lowered.

“This year’s questions are not as deep as those of previous years,” he said.

Cheung said he was worried that the lack of political issues and the lowered requirement for students’ abilities in the exams in the long run would impact their participation in society, high-level thinking and development of personal opinions on social issues.

An exam candidate, who asked to be identified only by his surname Wong, said he was more comfortable with no questions related to sensitive issues such as politics and democracy, as he was uncertain of how he should answer them under the city’s political climate, and feared his stance would affect his results.