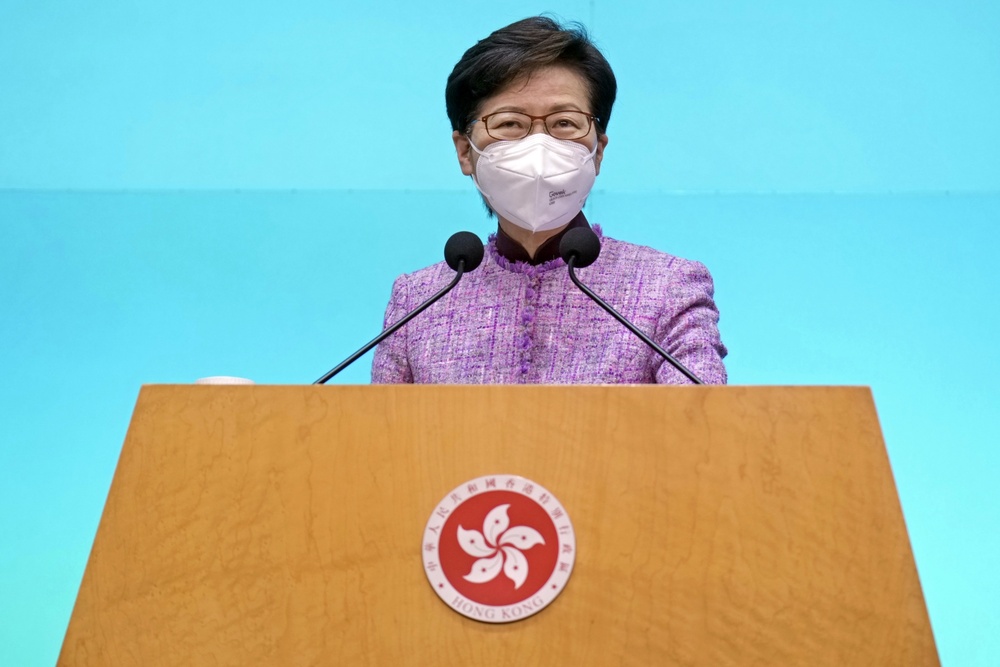 No plan to further open borders

Hong Kong’s leader said there were no plans to further relax border controls, as the city continues to chart a cautious approach to Covid-19 despite plunging cases.
Hong Kong Chief Executive Carrie Lam told a regular news briefing Tuesday that the government would continue to press ahead with a three-stage easing announced last month. The next phase of that plan will begin in the second half of May.

“As far as border controls, these are still very important measures in order to reduce the importation of infected cases into Hong Kong, especially when many places are already removing their restrictions and social-distancing measures, etcetera,” Lam told reporters. “So, we still have this policy to prevent and reduce a large number of imported cases into Hong Kong.”

Daily cases have fallen to a few hundred after Hong Kong experienced one of the world’s deadliest outbreaks, especially among its less vaccinated elderly population. Authorities last week announced relaxed flight bans and tweaked Covid testing procedures in anticipation of more non-residents traveling to the city.

“Whether it’s a question of perception or whether it’s a question of what’s allowed or not allowed, I don’t know the answer to that. But basically, it’s simply nowhere near enough to get international business on the move again,” said George Cautherley, vice chairman of the International Chamber of Commerce in Hong Kong. “I don’t think the message is very effective. Too little, far too late.”

The financial hub is torn between Beijing’s demands for strict border controls to reopen links to the mainland and business groups demanding greater access to international travel. Lam said Tuesday that Hong Kong expects to add about 3,000 hotel rooms for quarantine in May to deal with the influx of people who will still be required to serve a week in quarantine.

“I don’t think the Carrie Lam administration has any concept at all of what international business requires for mobility,” Cautherley said Monday.

Singapore, by contrast, has lifted all testing and quarantine requirements for vaccinated travelers.

Cathay Pacific Airways Ltd. flights from London to Hong Kong -- once the carrier’s top long-haul route -- will go from as little as two a month to as many as three a day in June as the airline attempts a rebound of sorts from Covid.