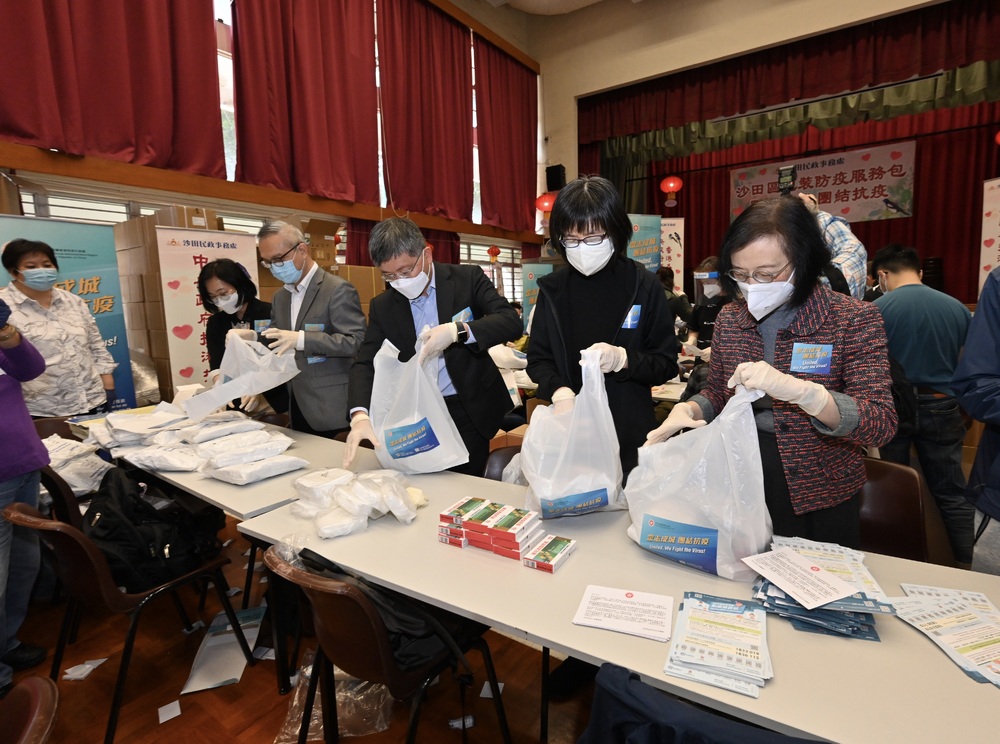 No need to be frugal with the RAT test kits, says health chief

Citizens will not have to be frugal with the rapid antigen test kits distributed to them through the anti-epidemic service bags, said Secretary for Food and Health Sophia Chan Siu-chee, adding that authorities will hand out more when necessary.
The SAR government earlier announced that it would distribute some 3.5 million anti-epidemic service bags to citizens to fight the pandemic. Each pack contains two boxes of Chinese medicine, 20 rapid test kits, and 20 KN95 masks.

The health chief was asked by lawmakers on Friday during a Legco meeting whether citizens will have to save up the rapid test kits for a possible “mass universal rapid testing” in the future.

The concerns came after Chief Executive Carrie Lam Cheng Yuet-ngor floated the idea of the “mass universal rapid testing” at her regular Covid briefing on Thursday, saying that details of the proposed plan would be announced when it was confirmed.

In response, Chan said there would be 20 rapid test kits in the anti-epidemic service bags distributed to citizens, noting that citizens should not be frugal with it.

“The SAR government will distribute more if citizens need it,” she said.

Meanwhile, the health chief denied speculations that the government would replace the compulsory nucleic acid tests with rapid tests.

She said, however, authorities may make use of both test methods in government operations to cut transmission chains in Hong Kong.

With Ching Ming Festival just around the corner, Chan also called on citizens to avoid tomb-sweeping on weekends to lower the risk of contracting the coronavirus.
#Coronavirus  #Covid
Add Comment