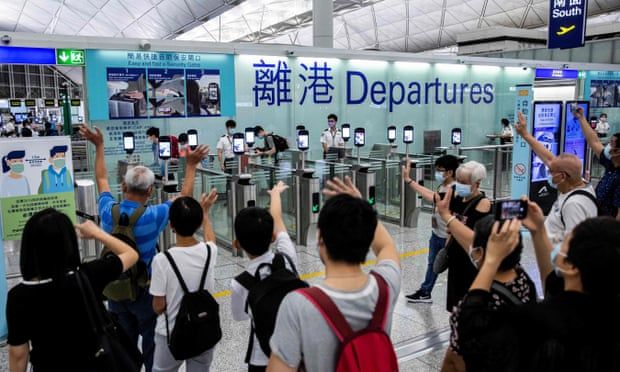 ‘No light at the end of the tunnel’: Americans join Hong Kong’s business exodus

Worsening Sino-US ties, strict Covid rules and the crackdown on dissent have dented the territory’s fabled allure as a business hub, say expats

In July 2018, Tara Joseph, president of the American Chamber of Commerce in Hong Kong, wrote an article in the best-known local English-language newspaper, the South China Morning Post, stressing to Americans the territory’s unique position as an Asian business hub.

“The US is forgetting the differences between Hong Kong and China. Let’s remind them,” she wrote. “Hong Kong continues to have a robust and hearty infrastructure of values, practices and institutions that could not contrast more starkly with those of the mainland system.”

Now, packing up and leaving the city after more than 20 years there, Joseph listed “dizzying changes” since that op-ed. In 2019, the “anti-extradition bill protests kicked things off … then we had worsening US-China relations … now there’s Covid.”

For Joseph, Hong Kong’s stringent zero-Covid rules were the final trigger for her departure. She joins a growing list of American expats who have either left the territory or are pondering going. According to a recent survey by the American Chamber of Commerce, 44% of members were thinking of leaving Hong Kong due to the territory’s strict pandemic rules. Of the companies surveyed, 26% said they were considering relocation. 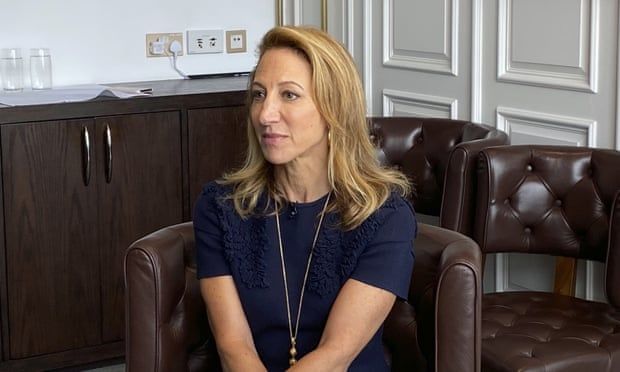 “One of the things that’s really hurting at this point is there seems to be no light at the end of the tunnel,” Joseph said.

The administration of Carrie Lam, the territory’s chief executive, has insisted that its coronavirus rules will not affect Hong Kong’s standing as a business hub. But Willie Walsh, director general of the International Air Transport Association, said last month that travel restrictions were leaving the territory “increasingly isolated”.

Yet for many Hong Kong-based businesses, the Covid-induced separation is just the latest in a series of complications they have faced. Since Beijing imposed the national security law in the summer of 2020, executives say there has been a growing sense of uncertainty among businesses, both local or foreign.

The authorities insist the law brought the territory “back on the right track” following months of street protests in 2019 and was necessary to ensure the national security of China. The law matches a series of crimes including secession, subversion, terrorism and collusion with foreign forces, with penalties as severe as life in prison. Opponents have criticised its broad scope as “draconian”.

Alina Smith (not her real name), a senior executive from the US, said that although the law does not directly affect most firms, the aftermath of its passage has created more uncertainties in the operating environment and had left firms facing “a very special conundrum”.

Smith has been living and working in Hong Kong for more than a decade. She said that until recently, the business community there did not have to worry too much. “We were able to put our heads down and do business. Now, we have to play all sides,” she said. “But this is a mission impossible, and you also don’t know where the line is these days.”

More than three years of protests, the national security law’s imposition and Covid restrictions have had their effect on Hong Kong’s once freewheeling business community, Smith added. “And in particular for those who also operate in China, you have to toe the government line. But the irony is that if you toe the Beijing line, Washington will be unhappy.

“So what are you going to do? Well, just don’t say anything … Meanwhile, we are watching more of our friends leave because the territory has changed. As some say, ‘It’s now not a question of whether, but when.’” 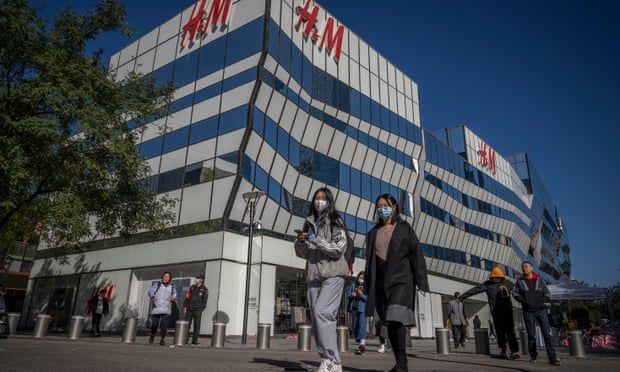 Not all businesses feel the need to hide their political leanings, however. Some – for example the London-headquartered banking giants HSBC and Standard Chartered – have already articulated their position.

“We respect and support laws and regulations that will enable Hong Kong to recover and rebuild the economy and, at the same time, maintain the principle of ‘one country, two systems’,” HSBC said in 2020. Around the same time, Standard Chartered said: “We believe the national security law can help maintain the long-term economic and social stability of Hong Kong.”

These public political statements did not go down well in the UK, which had opposed the law. After the HSBC statement, the then foreign secretary, Dominic Raab, said his government “will not sacrifice the people of Hong Kong over the altar of banker bonuses”.

“Everyone is walking a fine line here, and I’m afraid things aren’t going to get better,” said Prof Bhaskar Chakravorti, dean of global business at the Fletcher School at Tufts University in Boston. “Businesses these days feel they need to balance between their political capital and their ‘capital capital’.”

Perhaps the thorniest issue confronting many China-facing businesses in Hong Kong in the past year is Xinjiang: the far-west Chinese province where UN experts and rights groups estimate that more than 1 million people, mainly Uyghurs and members of other Muslim minorities, are being incarcerated.

While Beijing has denied all accusations of human rights abuses in the region, last summer the US Senate passed a bill to ban imports from Xinjiang.

This has immediately affected those work in supply chain and sourcing. For decades, Hong Kong has been Asia’s leading sourcing hub, through which materials move in and out of mainland China. Now the increasingly hostile exchanges between Washington and Beijing are forcing the sector to pick a side, analysts say. 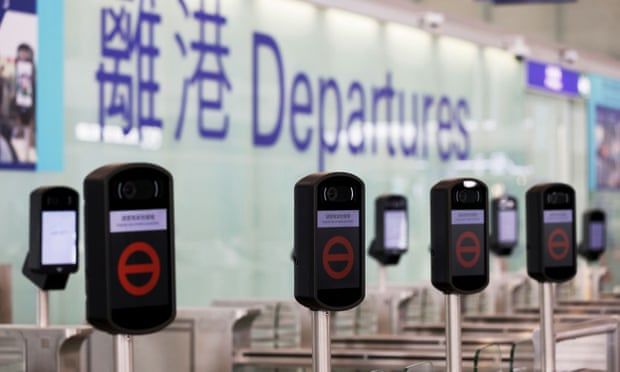 While many smaller businesses, such as Smith’s, refuse to engage in making public statements on controversial issues, others, in particular big apparel brands, have been caught in the crosshairs.

Last March, the Swedish clothing chain H&M was singled out by China’s state media and faced a huge backlash after it expressed concern about Beijing’s alleged use of forced labour in cotton production in Xinjiang. Immediately, some Chinese internet users called for a boycott and e-commerce platforms dropped sales of H&M.

The world’s second-largest global clothing retailer saw its revenues drop significantly as a result. It later indirectly addressed the controversy in its 2021 first-quarter earnings report: “We are dedicated to regaining the trust and confidence of our customers, colleagues, and business partners in China.”

Such conflicts are not limited to Chinese territory. Late last year, the US short-term holiday rental company Airbnb was found by US media to be listing more than a dozen properties on land owned by the Xinjiang paramilitary corporation, which was sanctioned by Washington over its alleged involvement in mass human rights abuses.

The US outlet Axios said the company was at risk of exposure to US regulations preventing business dealings with sanctioned entities. Airbnb, which also sponsors the 2022 Beijing Winter Olympics, said US rules required it to “screen the parties we are transacting with, not the underlying landowners”.

“Increasingly, sourcing and supply chain businesses don’t have an option. Yes, they can have their concerns, and some could move to Singapore or South Korea, but their businesses are fixed pipelines. It’d be extremely costly to change that, and Beijing understands it,” Chakravorti said. “To most players, they are just stuck.”

Despite the politics and the pandemic, Joseph said the Chinese market was just too lucrative for ambitious Hong Kong-based executives to miss.