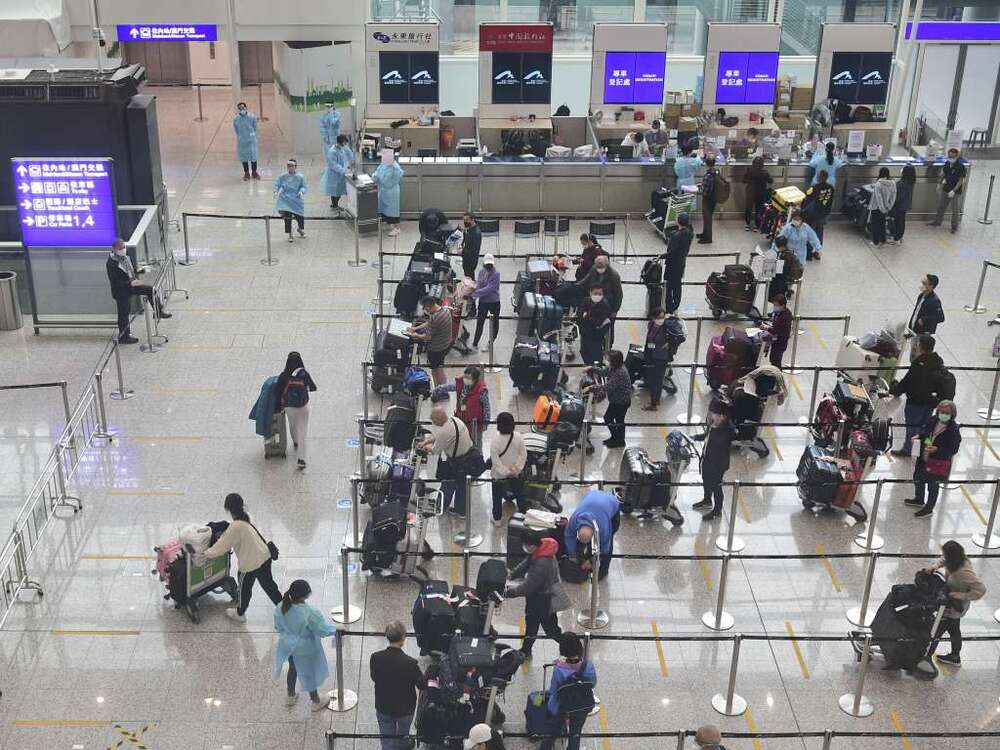 There will be no further relaxation on Hong Kong’s inbound control measures before June 30, the city’s leader Carrie Lam Cheng Yuet-ngor said on Tuesday.
Speaking ahead of her weekly Executive Council meeting, the chief executive said the city’s strategy of "preventing the importation of cases" will not be relaxed further in her term of office expiring on June 30, pointing to a relatively large proportion of imported Covid-19 cases.

“I would say, at this point of time, it is very unlikely that during my term there will be more relaxation on border controls,”

“In other words, we will still have hotel quarantine, we will still require vaccinations before a passenger could board a plane to Hong Kong, and we will still impose ‘test and hold’ whether at the airport or at a hotel for PCR tests,” said Lam.

She also added that there will be no fixed target for the cancelation of the city’s vaccine pass arrangement.

However, for the sake of prudence, she said the daily rapid test requirement for students will be extended to late June.
#COVID-19  #vaccine  #Covid
Add Comment