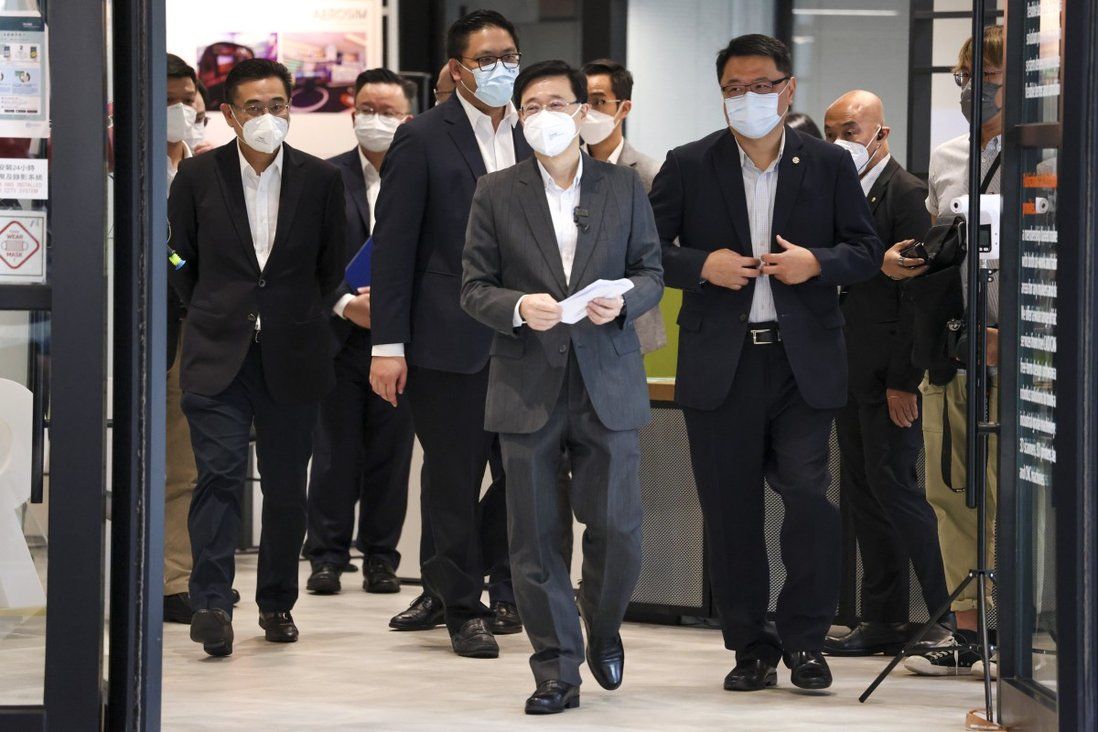 Hong Kong faces significant hurdles in reopening its border with mainland China, chief executive candidate John Lee Ka-chiu has admitted, noting the city shares the responsibility of containing the Covid-19 pandemic with the rest of the nation.

But Lee pledged to make restoring regular travel over the border a priority if elected during a meeting with district representatives on Saturday.

“Under ‘one country, two systems’, we have a joint responsibility to control the pandemic, and we hope we won’t bring unnecessary worry to our patriots on the mainland,” he said, adding “there is a solution to everything”. 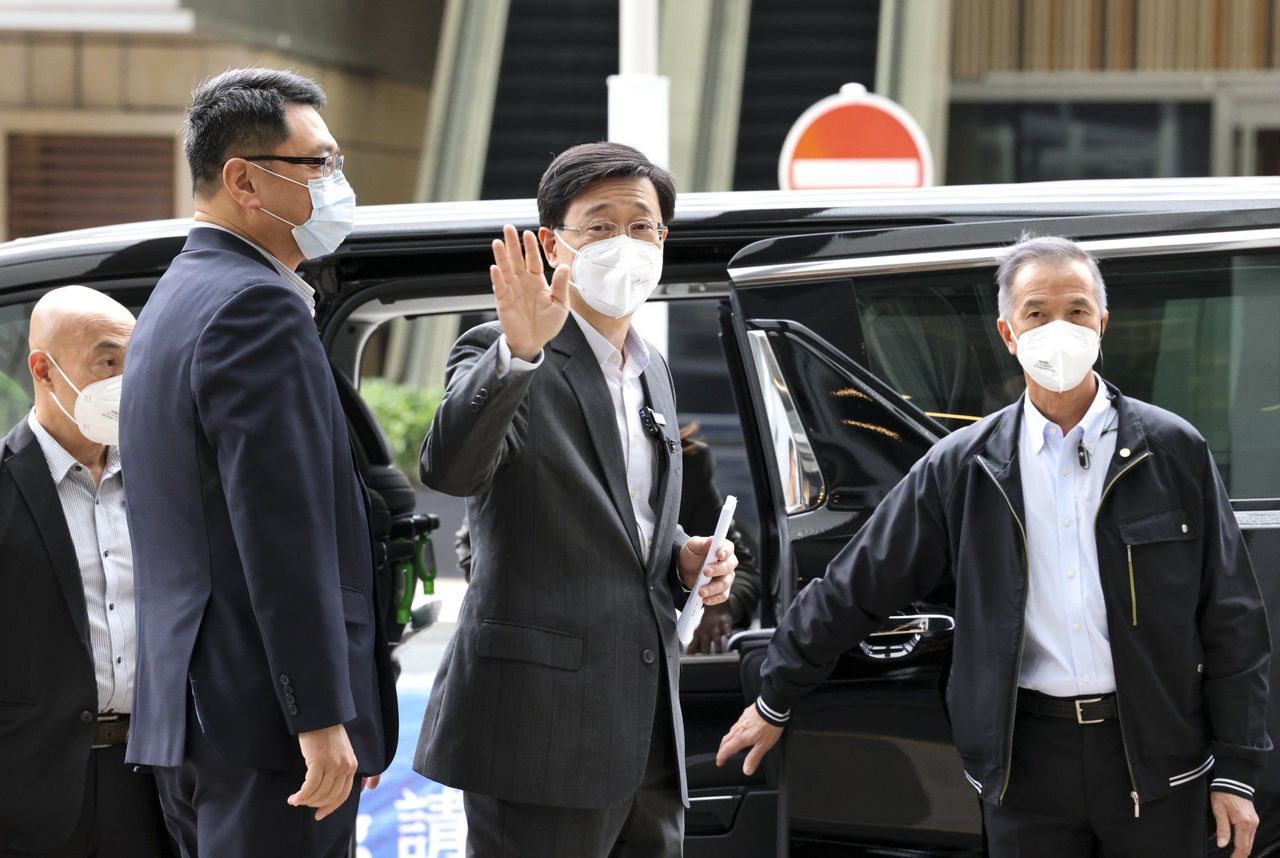 Lee, the sole candidate for the May 8 poll backed by Beijing, met leaders from the Area Committees, District Fight Crime Committees and District Fire Safety Committees, as well as representatives from the innovation and finance sectors.

He also expressed hope that work could soon begin on restructuring the government, a day after he told the public he was inclined to adopt the overhaul plan drawn up by the current administration to better focus resources on issues such as housing and culture.

“I hope the restructuring can be completed before the new term of the government. This is also the plan of the current government,” he said, after meeting the representatives from the innovation sector at the Hong Kong Science and Technology Park in Sha Tin. “Of course the time is tight. But I am confident in the preparatory work done by the current government.”

On Friday, Lee said he would study the plan floated by incumbent Chief Executive Carrie Lam Cheng Yuet-ngor to set up a new policy bureau centred on culture, sports and tourism, while splitting the Transport and Housing Bureau into two policy areas.

The Home Affairs Bureau should be renamed the home affairs and youth bureau, she suggested.

Responding to criticism about the work of civil servants, the former No 2 official also defended the 180,000-strong force, saying their performance might have been undermined by the existing system, which he pledged to “seriously consider” examining.

After meeting the innovative sector representatives, Lee said “technology is our future” and that without it, “our competition with others will not be as successful”. He pledged to discuss with his campaign team how to flesh out policies to tap the city’s potential in the area.

“They reminded me of the importance of the strength of the districts,” he said. “We talked about how during the pandemic, everyone was giving out items, and the unity and passion involved.” 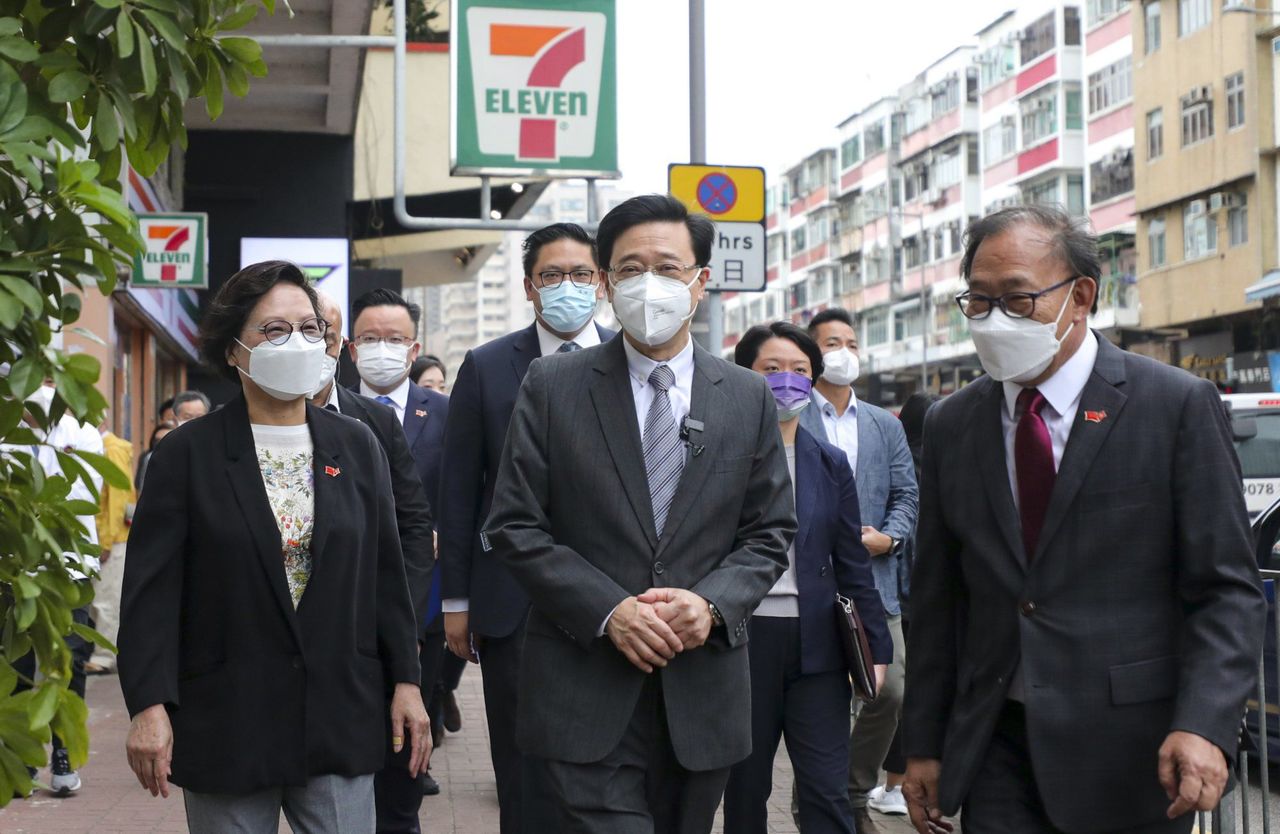 John Lee arrives at the New Territories Association of Societies in Tai Po.

About 260 opposition district councillors quit prior to the oath-taking, fearing that the government would make them repay their salaries if they were disqualified.

District councillor Lo Yuen-ting from the Democratic Alliance for the Betterment and Progress of Hong Kong, the city’s biggest pro-establishment party, urged Lee to view neighbourhood-level representatives as “partners”.

“We hope the government can believe in us so that we can make Hong Kong better,” she said.

Lee submitted his chief executive bid on Wednesday after securing 786 nominations from the 1,454-member Election Committee.

The former chief secretary also said that despite the dip in daily Covid-19 cases, the number remained high.

Hong Kong logged 794 infections on Saturday, down from roughly 50,000 reported daily about a month ago.