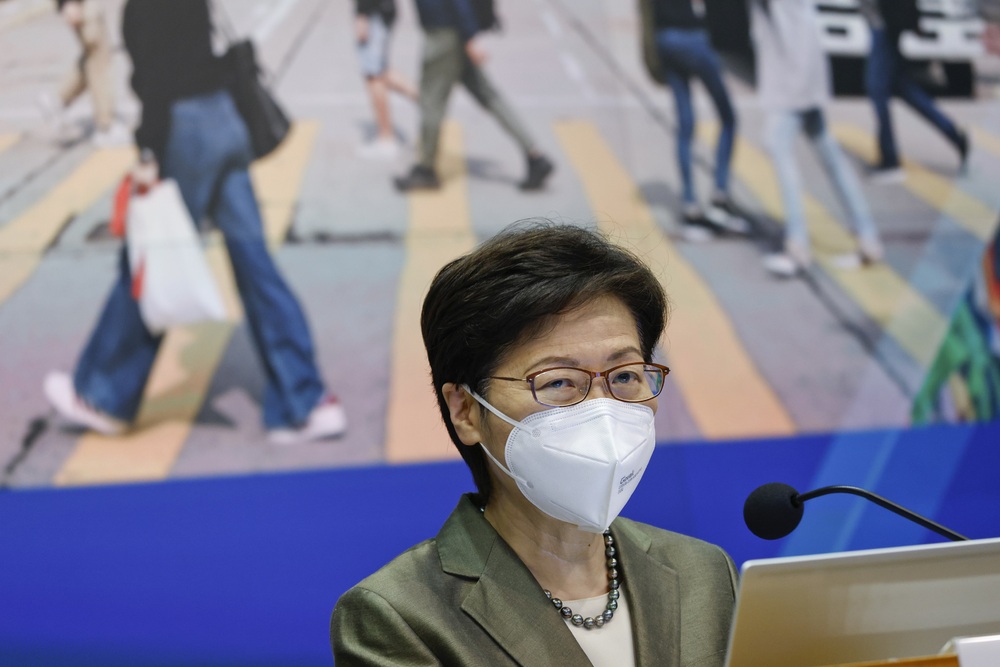 Chief Executive Carrie Lam Cheng Yuet-ngor said on Thursday that there has yet to be any arrangement on appointing an Acting Chief Secretary for Administration after John Lee Ka-chiu tendered his resignation yesterday.
In her daily Covid-19 press conference, Lam said she had reported Lee's resignation to the Central Government. According to the Basic Law, she can nominate a candidate to act the position and seek Beijing's appointment.

The Chief Secretary is the No. 2 position in the city, Lam said, adding she believed it would be more appropriate for Beijing to handle the acting appointment and Lee's dismissal simultaneously.

Lam stressed that the government's work will continue even without a Chief Secretary.

When asked if there is any conflict of interest for Lee to be the sole candidate of the CE race and the chair of the seven-member committee that screens the eligibility of election candidates, Lam said the new chair will be appointed later.

She continued that the law didn't state that the Candidate Eligibility Review Committee must be chaired by the Chief Secretary.

Meanwhile, Lam underlined that she will not comment further on the coming CE election, and her job is to ensure the election will be staged smoothly.

The Hong Kong leader added it was her personal decision to not seek a second term and welcomed the response from her family and supporters. Yet, she said she didn't think any government official or the Central Government needed to comment on the matter.

It is unusual for the government not to announce acting arrangements following the resignation of a high-ranking official. When then-Chief Secretary Lam resigned to run in the CE race, her position was acted by then-Secretary for Labour and Welfare Matthew Cheung Kin-chung.
#COVID-19  #Covid
Add Comment