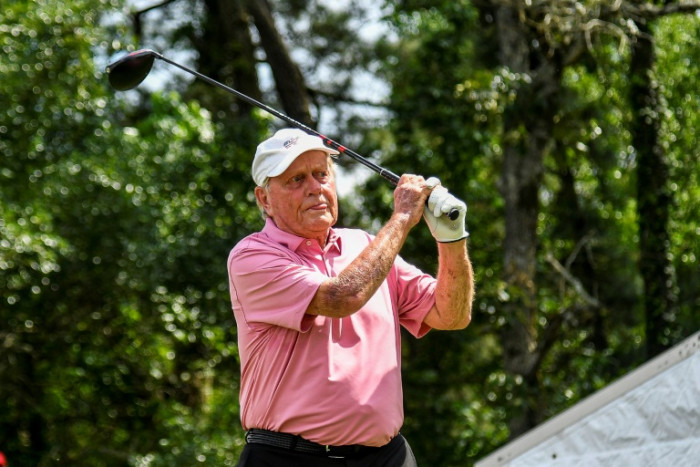 Golfing icon Jack Nicklaus said he turned down an offer worth more than $100 million to act as one of the faces of the new Saudi Arabia-backed LIV Golf International Series, US reports said Monday.
The 82-year-old 18-time major winner revealed the lucrative offers in remarks published by the Fire Pit Collective website on Monday.

The new Saudi-funded series is being fronted by Australian legend Greg Norman, and tees off for the first time at an event outside London next month.

Nicklaus said he turned down the offers out of loyalty to the PGA Tour.

"I was offered something in excess of $100 million by the Saudis, to do the job probably similar to the one that Greg (Norman) is doing," Nicklaus was quoted as saying.

"I turned it down. Once verbally, once in writing. I said, 'Guys, I have to stay with the PGA Tour. I helped start the PGA Tour.'"

The emergence of LIV Golf has caused shockwaves throughout the golfing world, with several household names believed to be ready to sign up for the series.

US veteran Phil Mickelson has not played since the emergence of remarks earlier this year about the new tour's Saudi backers, who he called "scary" with a "horrible record on human rights."

Mickelson, who has withdrawn from defending his crown at this week's PGA Championship in Tulsa, later apologized for the comments.

Nicklaus, meanwhile, said Mickelson should be patient as he ponders his next career move.

"The world is a very forgiving place. But he's the one he has to decide where he wants to play and what he wants to do."

This week's PGA Championship was initially due to be held at the Bedminster, New Jersey, course of former President Donald Trump.

However, the PGA of America stripped Trump Bedminster of the major last year following the violent assault on the US Capitol by the former president's supporters.

"This move is cancel culture," Nicklaus said. "Donald Trump may be a lot of things, but he loves golf and he loves this country. He's a student of the game and a formidable figure in the game.

"What he does in the future in golf will depend on what the cancel culture will allow him to do."