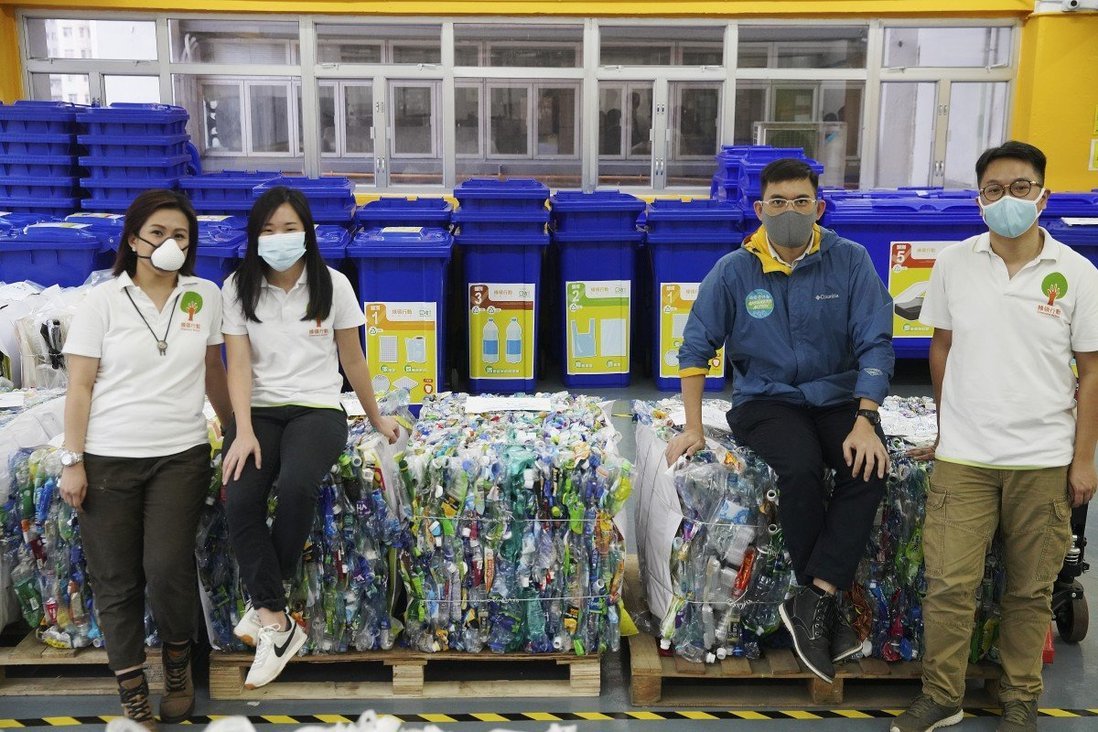 An NGO’s bid to collect waste plastic from industrial and commercial buildings could keep up to 40 tonnes of the material out of Hong Kong’s strained landfills and set an example for more efficient government-run recycling schemes.

The HK$7.1 million (US$916,000) trial scheme by Greeners Action is the first of its kind backed by the government’s recycling fund to target the city’s commercial buildings, which house businesses generating large amounts of plastic waste but are often overlooked by plastic collectors and other schemes.

“Many local plastic recyclers refuse to drive out to the individual buildings because there is not enough volume to justify the cost of collection, and instead prefer recycling imported waste,” said Leo Wong Ka-chi, the NGO’s project manager. “Meanwhile, the government’s focus is on household recycling, so this is where we hope to fill the gap.”

The city’s commercial and industrial waste disposal rate has steadily risen over the years, growing from 3,364 tonnes per day in 2014, to 4,617 tonnes daily in 2018, of which 23.3 per cent was plastic, according to government data. Combined with domestic waste, only 4 per cent of the city’s waste plastic was recycled in 2018. 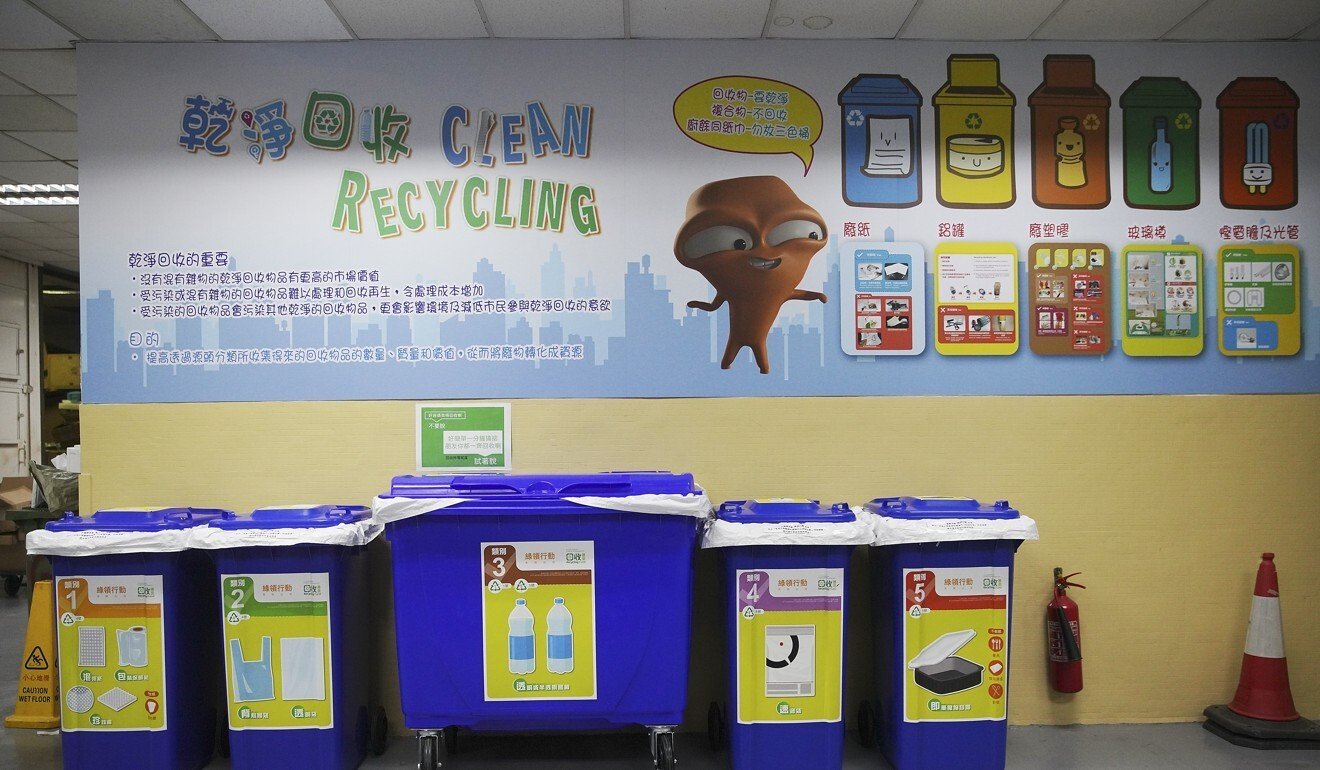 The group weighs and collects the waste in reusable bags at least once a week and brings it to their centralised cleaning and sorting facility in Kwai Chung, where they then compress it before sending it to recyclers who turn the waste back into raw plastic.

The scheme is set to run for 27 months, with preparation starting in December last year. Greeners Action has been collecting plastic from industrial and commercial buildings in four districts – Kowloon East, Sha Tin, Kwai Tsing and Sham Shui Po – since June, and has seen a steady increase in the amount of plastic collected.

However, the coronavirus pandemic has also affected the amount of plastic they collected.

“Since many people started working from home because of Covid-19, the amount of recycling has also decreased compared to our expectations,” Wong said.

Despite the setback, Greeners Action’s scheme has been welcomed by other stakeholders involved in the project.

“We used to have cling wrap from our shipments that was almost as tall as a man when we piled it up, but there was no where to recycle it so we just dumped it in the trash,” said Teddy Choy, who runs an online shopping business out of the Proficient Industrial Centre in Kowloon Bay.

“It made me feel very guilty. Now it is not much extra work for us to bring it down to the recycling bins.” 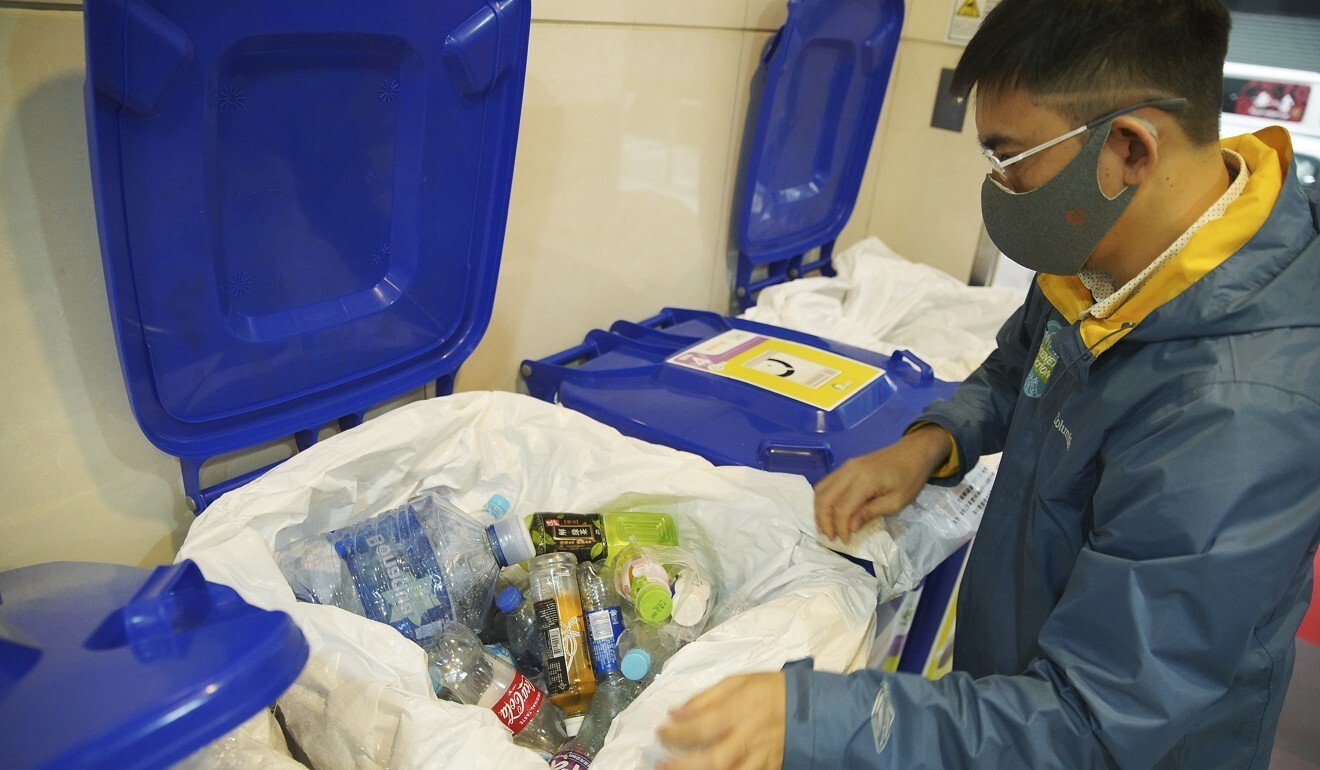 A Greeners Action member empties one of the bins at the Proficient Industrial Centre.

Yeung Kam, who supervises the cleaning team at the Profit Industrial Building, said his employees’ workload had decreased and the trash collection area also had fewer pests, such as mice and cockroaches, since the project started.

People also now took the time to clean out their food containers to be recycled.

Greeners Action hopes it will eventually be able to collect at least 40 tonnes of plastic from 50 buildings by the end of the project next December.

Wong also hoped the government would continue to provide funding for the group, even after the current scheme ended, to keep collecting plastic, but authorities were still monitoring the results of the project.

Dr Chung Shan-shan, director of Baptist University’s master of science in environmental and public health management programme, said the project was one of the more viable ways to handle recycling in Hong Kong, with city-run recycling for domestic waste and Greeners Action handling industrial and commercial plastic.

“But if the government really wants to do recycling properly and finds this scheme works, then it should not split the work between so many different parties,” she said. “Otherwise there is no logistical synergy.”

Chung said a centralised scheme would lower the cost of transporting waste and lead to lower amounts of carbon emissions being released from the process.

“Hong Kong absolutely has the money and ability to do this and the technology is mature enough, it is just that the government has never tried it,” she said.