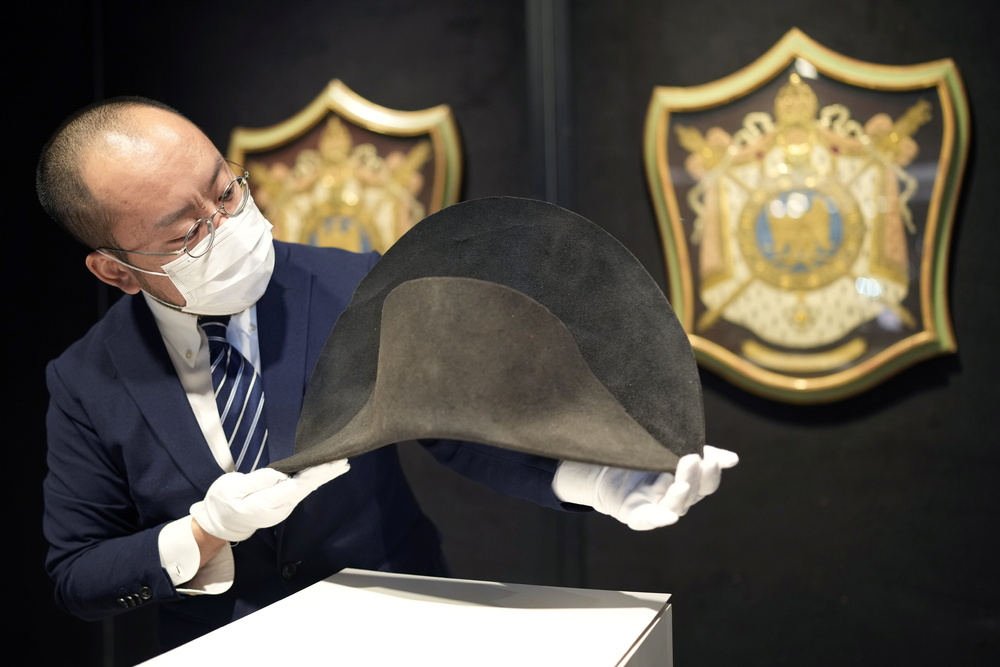 A newly discovered hat with DNA evidence proving it belonged to the legendary European statesman and general Napoleon Bonaparte was previewed by auction house Bonhams in Hong Kong on Monday.
Described by Bonhams as the "first hat to bear the Emperor's DNA", it is on display in Hong Kong before it moves to Paris and then London, where it will be auctioned on October 27.

The hat, one of the iconic bicornes often seen in depictions of Napoleon on the battlefield, had been bought by its present owner at a small German auction house that, at the time, did not know it belonged to the emperor. "It was purely a chance encounter," said Simon Cottle, managing director for Bonhams Europe.

The buyer became intrigued when he realised it had inscriptions and other characteristics suggesting it could have belonged to Napoleon, Cottle said, adding that an initial investigation suggested it matched the dimensions and age of Napoleon's bicornes.

The hat was then tested extensively using various methods, including electronic microscopy. "Five hairs were discovered when the contents of the hat were examined very closely," Cottle said. "And two of those hairs were then followed up, and they carried the marker of Napoleon."

The story behind this hat is very different from other Napoleonic bicornes that have been offered on the market, according to Cottle.

He said most of them had been handed down by noble families connected to the emperor, or soldiers who picked them up on the battleground.

Other Napoleonic hats, with more history in the auction circuit, have fetched as much as US$2.5 million (HK$19.4 million).
Add Comment