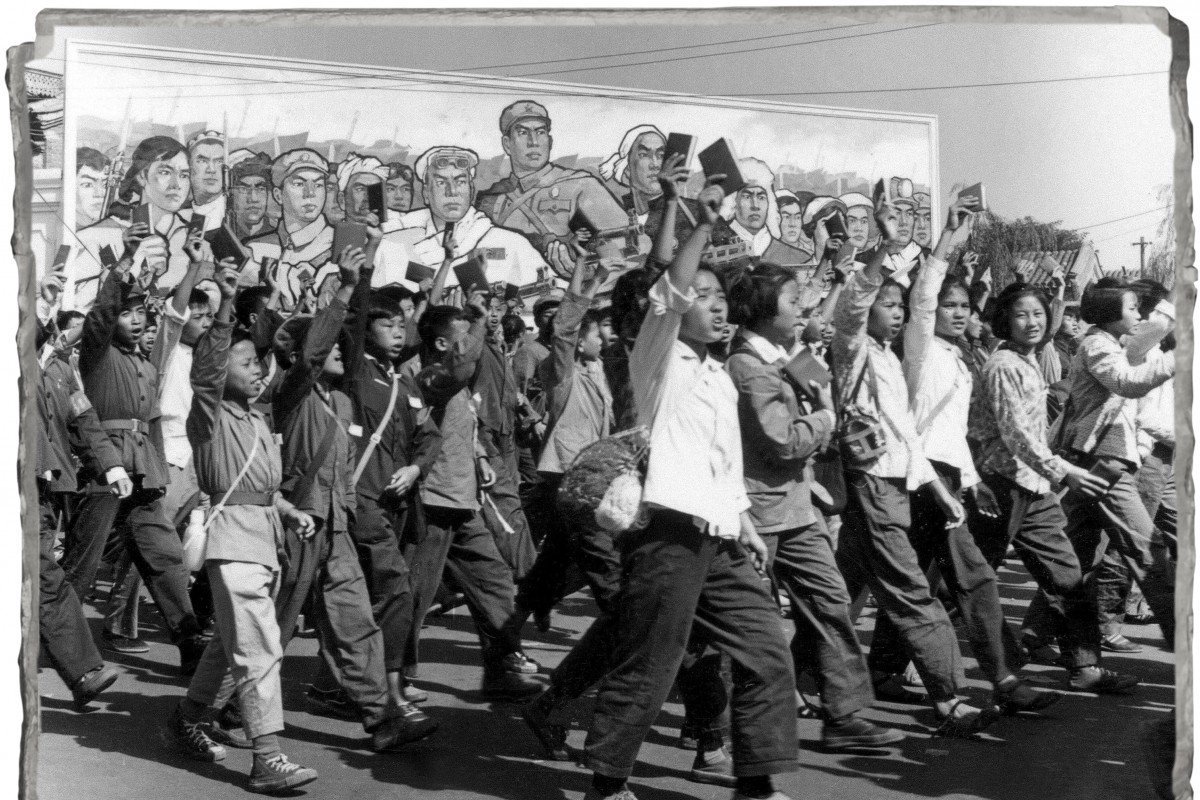 New high school textbooks use language missing from the previous version and say the upheaval was triggered ‘erroneously’.

A new Chinese textbook that categorised the Cultural Revolution as an “error” that brought “serious disaster” to the country has prompted a debate about how the country comes to terms with the hugely sensitive era.

The new high school year one history textbook, taught to 16-year-olds, includes two references that did not appear in the book used last year.

It said the Cultural Revolution was “provoked by [party] leaders erroneously, and used by an antirevolutionary syndicate”.

It also described it as “civil unrest that brought serious disaster to the country and its people,” according to a comparison by the Post of a copy of the 2020 textbook, produced by the education ministry, and an online copy of the old book.

In recent years some ultra-leftists have attempted to gloss over the decade-long political upheaval, but the textbook also kept a reference from the previous book that said it was “not a revolution or social progress in any sense”. 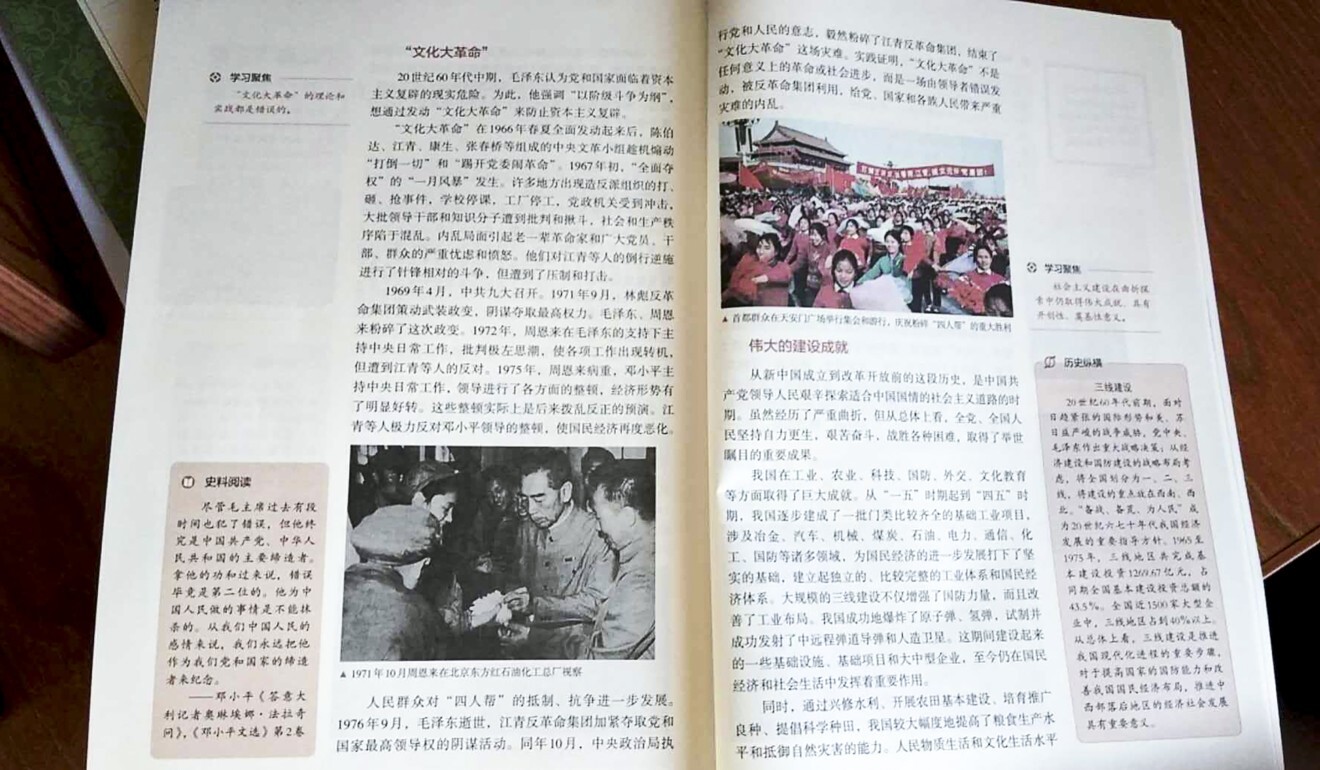 The latest version of the history textbook.

The Cultural Revolution, in which an estimated 1.7 million people died, remains a hugely sensitive topic in China and changes to textbooks have triggered controversy in the past. In 2018 a middle school textbook was accused of whitewashing it after describing it as a “detour”.

In 1981 the Communist leaders Deng Xiaoping and Hu Yaobang tried to draw a line under the era by adopting a party resolution that described the Cultural Revolution as a “gross error” and said Mao Zedong, who started the campaign, had made mistakes.

However, since Xi Jinping came to power, some people have tried to characterise the era as one of “progress”. The trend began after Xi said in 2013 that the reformist policies adopted by Deng cannot negate the 30 years of achievements that came before.

Last year the state news agency Xinhua attempted to address the issue in an article that argued the “Cultural Revolution was not and could not be a revolutionary or societal advancement by any definition”.

Gu Wanming, a former Xinhua reporter, praised the latest change to the textbooks, arguing that it sent the message that history cannot be meddled with in a WeChat post that has since been removed. 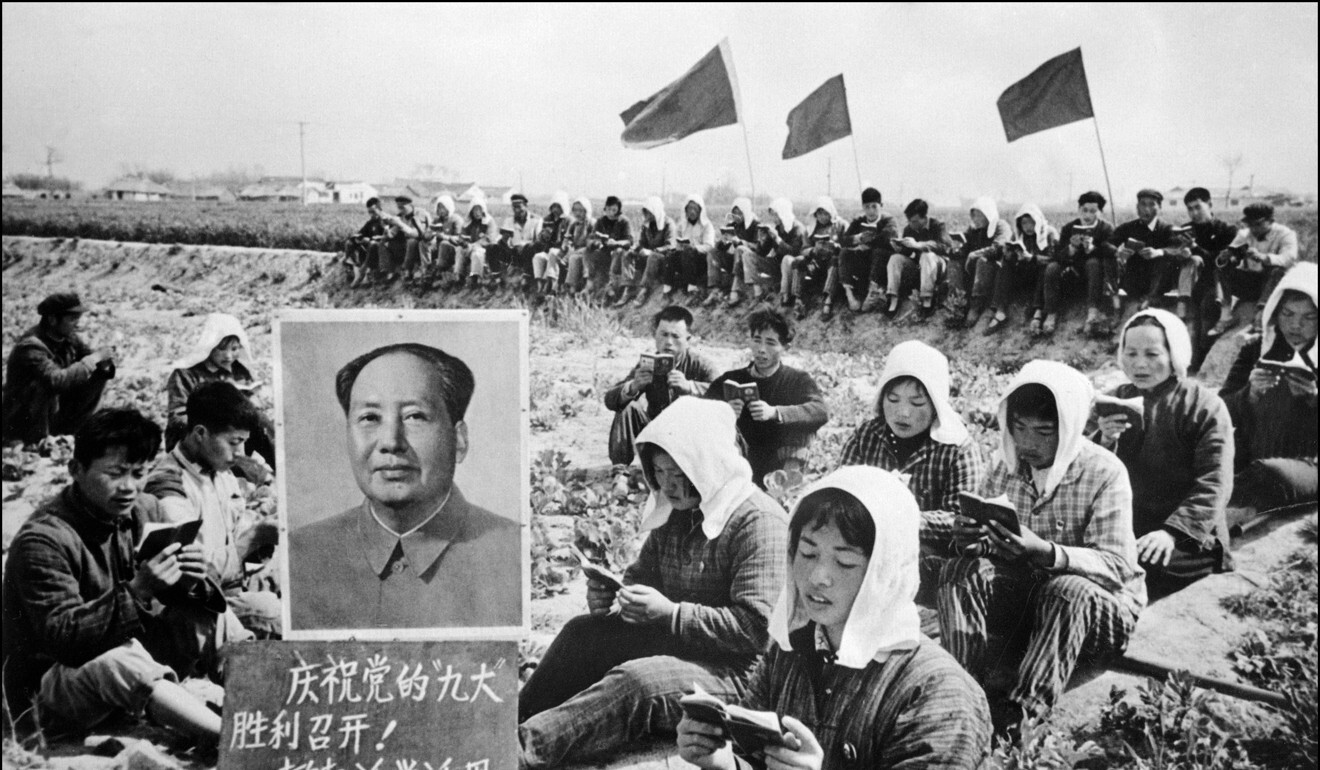 in 1981 the Communist Party adopted a resolution that said Mao Zedong had made mistakes.

Gu urged the party to stick to its 1981 verdict, saying: “Only through following the road defined in the past 40 years, correcting ultra-leftist [thinking], eliminating the impact of the Cultural Revolution, can we walk the right path.”

Gu, who retired in 2011, confirmed that he had written the post and has continued to upload new posts.

His post was viewed more than 100,000 times on WeChat before it was removed and started a heated debate on Weibo, another popular Chinese social media platform.

Well-known public figures, including the Wuhan author Fang Fang who documented the lockdown of her city during the Covid-19 outbreak, shared Gu’s comments which also triggered debate among web users.

Tsinghua University journalism professor Yin Hong said in a Weibo post – also later removed – that the latest change was the result of public attention and discussion.

He did not respond to requests for comment.However, some online commentators were less impressed.

Li Ye, a Weibo user with over half a million followers, said China’s intellectuals had overreacted arguing that the 1981 verdict had always been included in books.

Despite the change to the high school textbook, the middle school book that described it as a “detour” remains unchanged in an electronic version available online.

Gu argued the “viewpoints in the current education materials are still insufficient” but also said: “Truth is gradually being restored to history”.