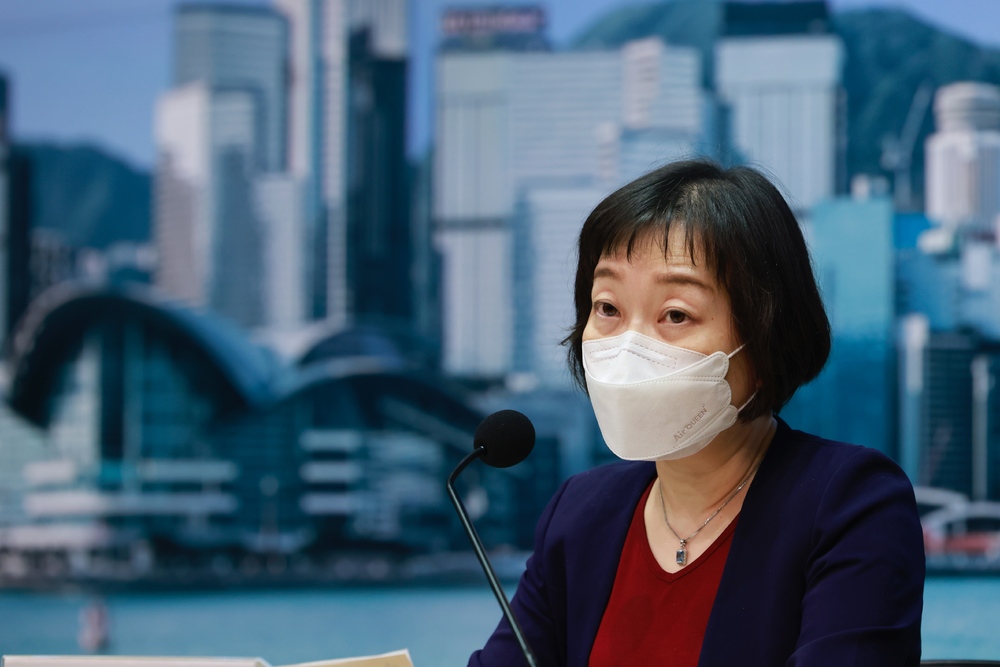 More new outbreak clusters appeared in Hong Kong, including one in Sai Wan Estate and a Hung Hom snooker club, as health authorities reported 294 new Covid-19 cases and a related death on Thursday.
Among the new cases, 115 were confirmed through PCR tests, and 179 were positive rapid antigen test results reported by citizens.

The Centre for Health Protection's Chuang Shuk-kwan said the overall tally of the fifth wave of the pandemic now stands at 1,195,034.

She continued that officers detected high levels of virus load in the sewage samples there and will send RAT kits to citizens there, hoping to identify any hidden cross-infection.

Chuang added 40 imported cases, including 12 cases detected at the airport. Six of them arrived on Monday, and the other six on Tuesday, traveling on nine flights. Twenty-three patients were detected at the quarantine hotels, and five returnees tested positive after completing the isolation.

She pointed out that a 20-year-old man arriving from the U.S. on April 29 developed symptoms, including a sore throat since Monday. He later tested positive with a CT value of 23.

Authorities' investigation later found that he had been to Sun Mong Club, a snooker club in Hung Hom, with another returnee from the Philippines on Monday evening until late.

Officers further found that two people infected earlier had been to Sun Mong Club during that period, including a 23-year-old man and a 40-year-old man. They tested positive for Covid on Wednesday and Tuesday, respectively.

Officers are still investigating the outbreak cluster, and about 150 people who had been to the snooker club between 5pm and midnight that day will be subjected to compulsory testing.

As for class resumption, 14 cases were reported from 13 schools, including 13 students and one teacher.
#COVID-19  #Covid
Add Comment